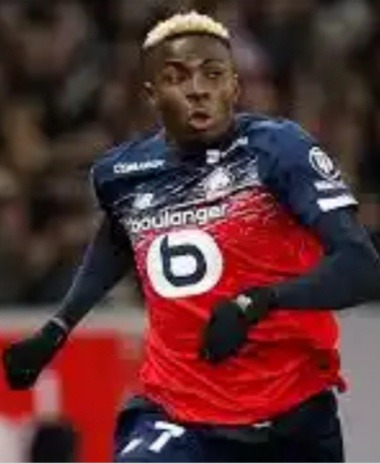 Lille striker, Victor Osimhen is about completing his transfer to Napoli, which will see him realise his dream of playing in Serie A, four years after being denied the opportunity by lack of EU passport.

The 21-year-old Nigeria international had been scouted by both Inter Milan and Juventus, but both deals could not go through because the former Wolfsburg player who was 17 at the time didn't have an EU passport to enable him play in Serie A.

“I spoke to both Fabio Paratici and Piero Ausilio about Osimhen years ago and they both immediately appreciated the quality that would then flourish over time.

“However, at the time Osimhen was only 17 years old and did not have an EU passport, so he could not be registered by a Serie A club. Therefore, due to red tape issues, the deal never went through.”

The 2015 U17 World Cup winnner, will in a couple of days complete his transfer to Napoli for €80m including bonuses and probably Adam Ounas as part of the exchange.

Osimhen started his European career at Wolfsburg in 2017, going on to Belgian side RSC Charleroi before his €14m transfer to Lille last summer.

Transfer Update: Chelsea Dealt a Heavy Blow In The Pursuit Of Juventus Defender.

Six Things You May Not Have Known About Barcelona FC