Messi's anger: Another dangerous dimension to his future at Barcelona. 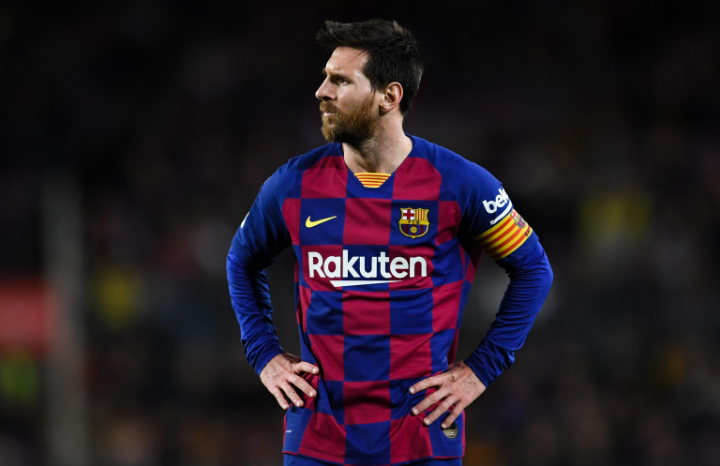 The atmosphere at Barcelona at the moment is one best described as hazy, uncertain and smoky. This follows the outburst of the club's star player, Lionel Messi following the winning of the Laliga title by their arch rival, Real Madrid. Since last night, the Argentine International is not in the best of mood.

Messi who spoke to journalists after their match last night (which Barcelona lost 1-2 to the visiting Osasuna) was evidently sad, angry and unhappy. Same last night, Real Madrid who defeated Villarreal 2-1 won their 34th Laliga title.

He angrily blasted his team's performance, describing it as poor, weak, erratic and low in intensity. Thus, raising more and more concern over his future at the Camp Nou which has already been characterized with uncertainty. Many discussions suggests he could however leave the club at the end of the current season. Messi who also made it clear that if Barca continue to give such poor performances, that he is sure there will be sent packing from the Champions League by Napoli when the competition resumes in August. Already the first leg end 1-1, and the second leg which will be played in Lisbon is a source of worry for the 6 time Ballon d'Or winner.

And you don't have to doubt it, that should Barcelona be dumped out of the competition by the in form Napoli, or they fail to win the cup, then it will sure play a significant role in where the Argentine will pitch his tent next season.

Messi doesn't want to slow down for his arch rival, Cristiano Ronaldo, and his eyes will be looking elsewhere, to avoid any circumstance or factor, that will pose as a threat to his set goals of making sure Ronaldo doesn't outshine him in the round leather game.

Speculations are already rife, that he might be switching to the Etihad stadium, to reunite with his former boss, Pep Guardiola. And with the current state of things at Barcelona, it is becoming clearer that such rumours will eventually become a reality. Besides, he has severally been criticized of over staying at Barcelona, unlike Ronaldo who has played in different leagues, as such, adding more respect and prestige to his glorious career.

But in all of these, we are watching just as ever, and certainly, we will be keeping a close eye on how things unfolds around the player regarded as the greatest to have played on planet Earth.