By Oluwatofunmi (self media writer) | 1 year ago 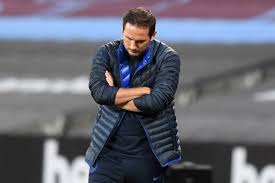 Frank Lampard is expected to solve Chelsea's goalkeeping problems, according to reports, the Blues are still keeping tabs on Ajax’s £26million-rated goalkeeper Andre Onana. Reports also claim that the Blues have identified the Cameroonian shot stopper as a potential replacement for their out-of-form keeper Kepa Arrizabalaga. Arrizabalaga form in recent times has been a major concern for Frank Lampard according to reports, prompting the Blues to seek for a better replacement. Since making his debut for Ajax in 2016, Onana has become a regular for the Dutch side, and has kept 74 clean sheets in 178 appearances for them. Onana also grabbed the spotlight after his impressive displays in goal helped Ajax reach the last four of the Champions League last year. Onana is valued around a sum of £26million, which could prove to be a bargain for the Blues, a side who spent £71.6million on Kepa two years ago. He also represents a cheaper alternative for Kepa.

Chelsea signing Onana who have proven himself in the Eredivisie and the European stage would make a complete sense and considering his age, he will be long-term solution to Chelsea's goalkeeping problems. Apart from Kepa, Chelsea just have veteran Willy Caballero as a back-up. However, the Argentine will turn 39 this September and obviously won't be long-term solution for their goalkeeping woes. Hence, Chelsea’s move for Onana would make complete sense and they should land him at Stamford Bridge as soon as possible