Move Over Alex Ferguson; Pep Guardiola Has Proven To Be The Best Ever Manager In The Premier League. 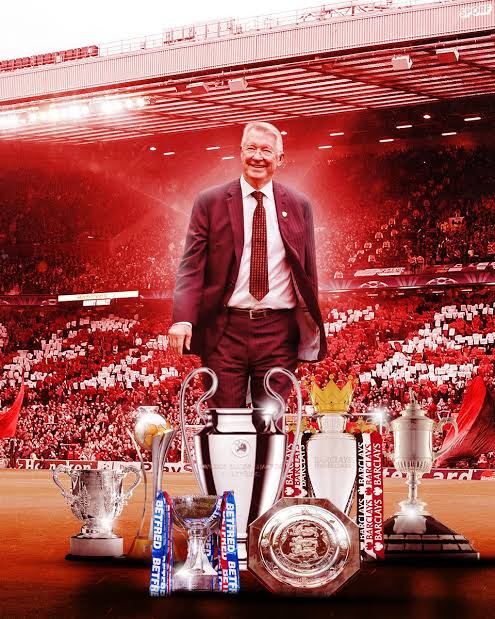 Manchester United legend Sir. Alex Ferguson will never be easily forgotten for all he did when he was actively involved in the game of football.

The Scot who guided Manchester United to a record 13 Premier League titles and 2 Champions Leagues has been unarguably regarded as the best ever Manager to grace football, and it's only natural to view him that way, owing to the vast collections in his trophy cabinet. 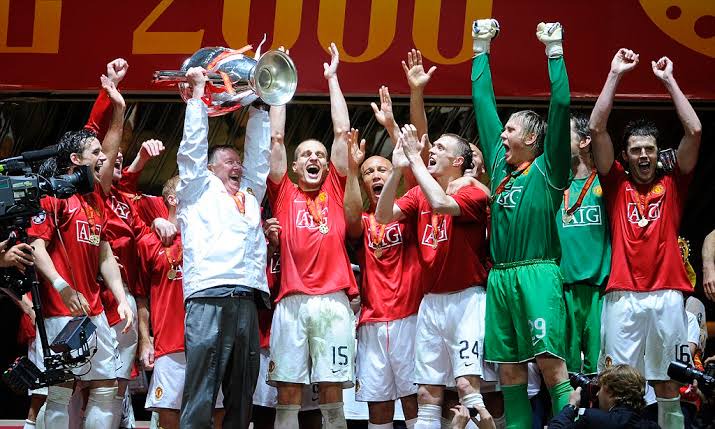 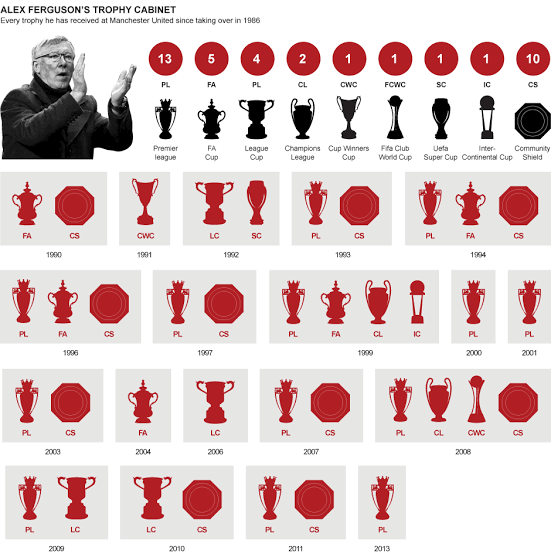 Nonetheless, does he really deserve to be called the best to have coached in the toughest league in the world - Premier League?

Perhaps we should look at few stats to arrive at a conclusion. 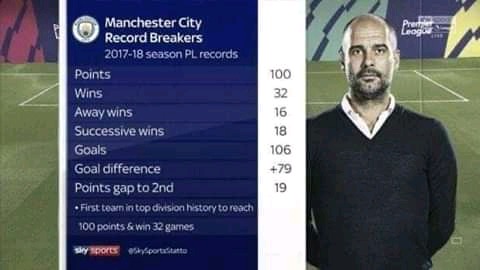 Manchester City's centurion campaign in 2018 may be regarded as the best there is in the history of the Premier League.

Pep Guardiola's team achieved what even the greatest team of Alex Ferguson's United could not, by breaking the points record for a single season. 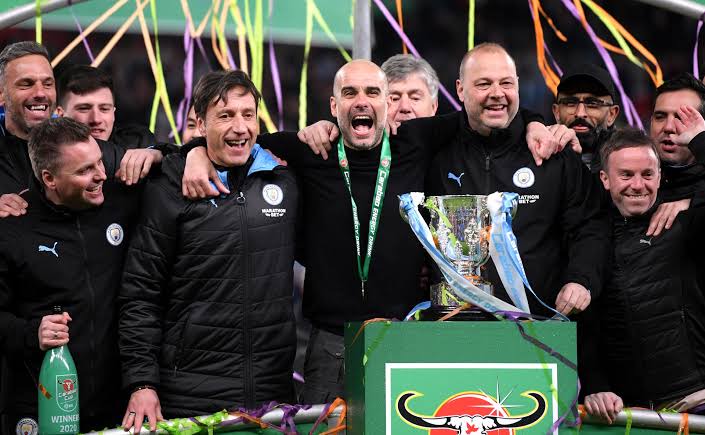 In fact, the Citizens hold the two top spots for best points tally in a single campaign, with 100 and 98 points achieved in 17/18 and 18/19 seasons respectively.

The closest team to City's dominance is Liverpool with 97 points gotten last term, although they fluffed their chances of breaking the points record this season, had they not dropped points against Burnley and Arsenal in their last two games. 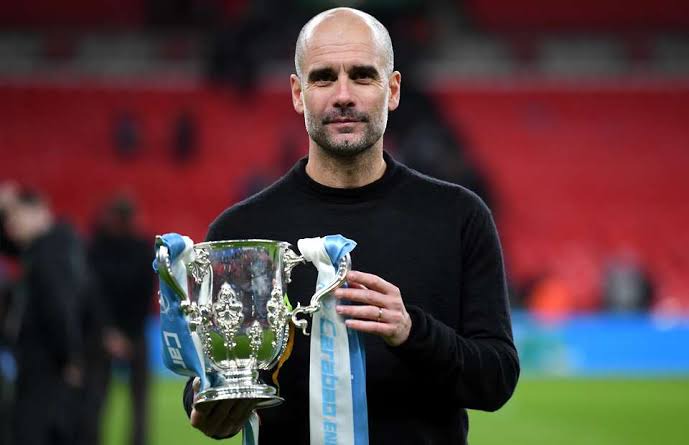 Fair enough, but not close. Pep Guardiola managed his 150th Premier League game when his side faced Bournemouth at the Etihad, with David Silva and Gabriel Jesus on the score sheet as Man City recorded yet another convincing win.

And in so doing, Guardiola became the first ever manager to win more games after reaching the 150-mark, 6 more than his closest rival. 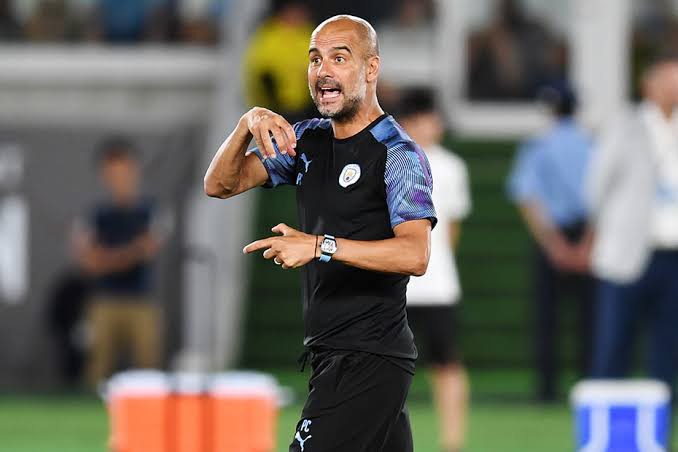 The Spanish coach now has 111 Premier League wins in just 150 games since he moved to England in 2016.

Guardiola also became the only manager to win all 3 silverwares available in English competitions, breaking the duck last season when he won the Premier League, EFL Cup and the FA Cup - beating finalists Watford 6-0 at Wembley. Although Alex Ferguson may have more Premier League titles to his name, it simply down to more years he spent coaching in the league.

In 4 seasons at Manchester City, Guardiola has lifted the league title 2 times in record-breaking fashion, and there's no doubt he can surpass Ferguson's tally if he stays for few more years at the Etihad. 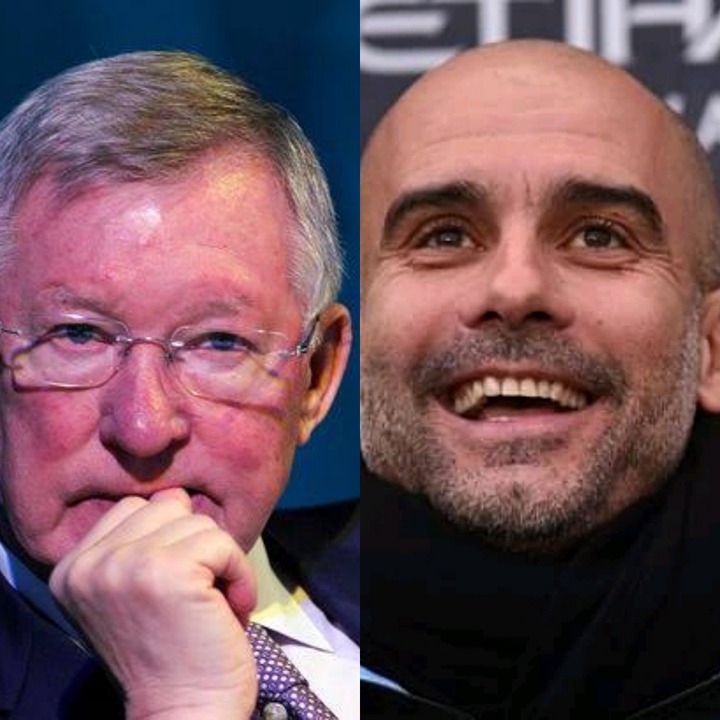 Alex Ferguson no doubt is a great manager and one of the best, but judging from Guardiola's time so far in England, the Spanish is simply the best to have coached in English's top-flight.

Or What Do You Think? Is Alex Ferguson Still The Best?