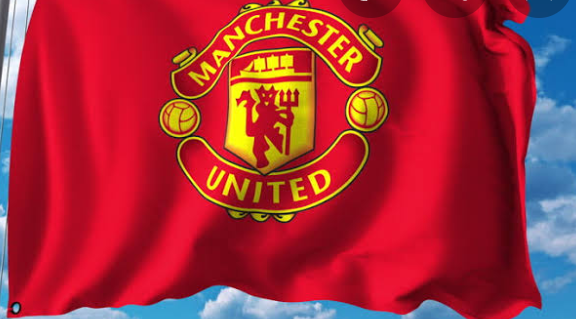 The EPL is a football competition played among 20 qualified English clubs who takes part in both home and away fixtures in the competition.

Manchester United is globally and popularly known as one of the greatest European club who takes part in most European competitions, both the UEFA Champions League and the UEFA Europa League almost every season.

Today, March 18, 2021, by 9:00pm, Manchester United will be clashing with the popular Serie A club, AC Milan on the 2nd leg of their UEFA Europa League tie.

Among many other reasons why AC Milan will surely humble the red devils tonight, is their current home-active form.

However, listed below are the 3 major reasons why Manchester United will be defeated by AC Milan in their UEFA Europa League clash tonight. 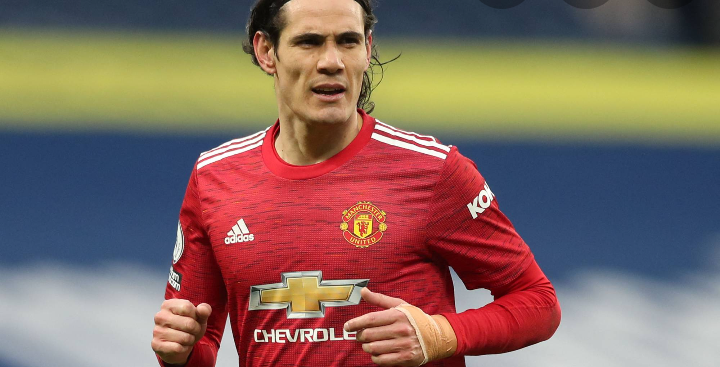 1. Doubt surrounding Edison Cavani: The Uruguay's striker was earlier booked on the squad list to travel with Manchester United's to face the Serie A's giants but has now been dropped out due to fitness' challenge. 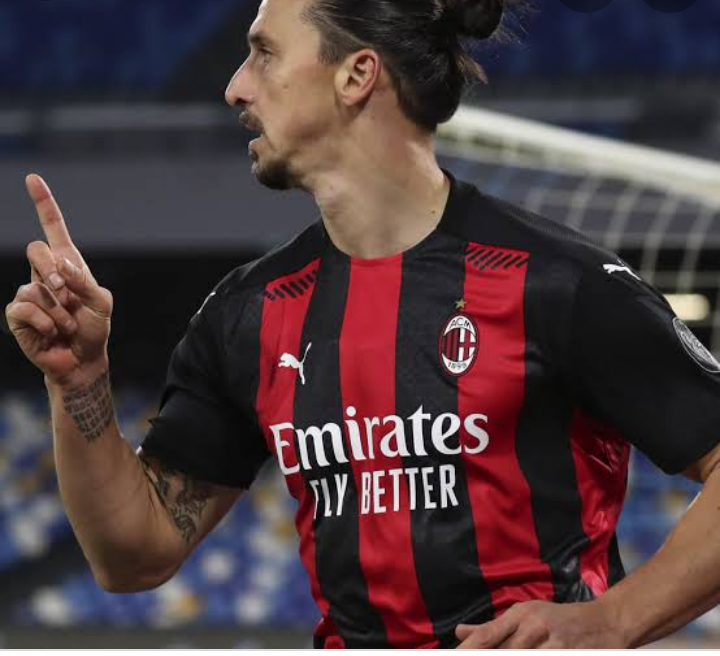 2. Zlatan Ibrahimovic's return from injury ahead of tonight's clash: The Sweden striker had missed the first leg of their UEFA Europa League clash against the red devils which took place at Old Trafford on March 11 by 6:55pm. But according to Tuttosport, Zlatan Ibrahimovic is fit and ready for their clash against his former club tonight.

3. AC Milan's current blazing form: The popular Serie A club, AC Milan is on top of her active winning form this season, especially when the Sweden striker, Zlatan Ibrahimovic joined the club. He has helped the club greatly this season. AC Milan occupies the 2nd row on their League table with a total of 56 league points, making them a great rival against Manchester United.

Above are the few reasons why AC Milan will humble the Red Devils in thier UEFA Europa League tonight. 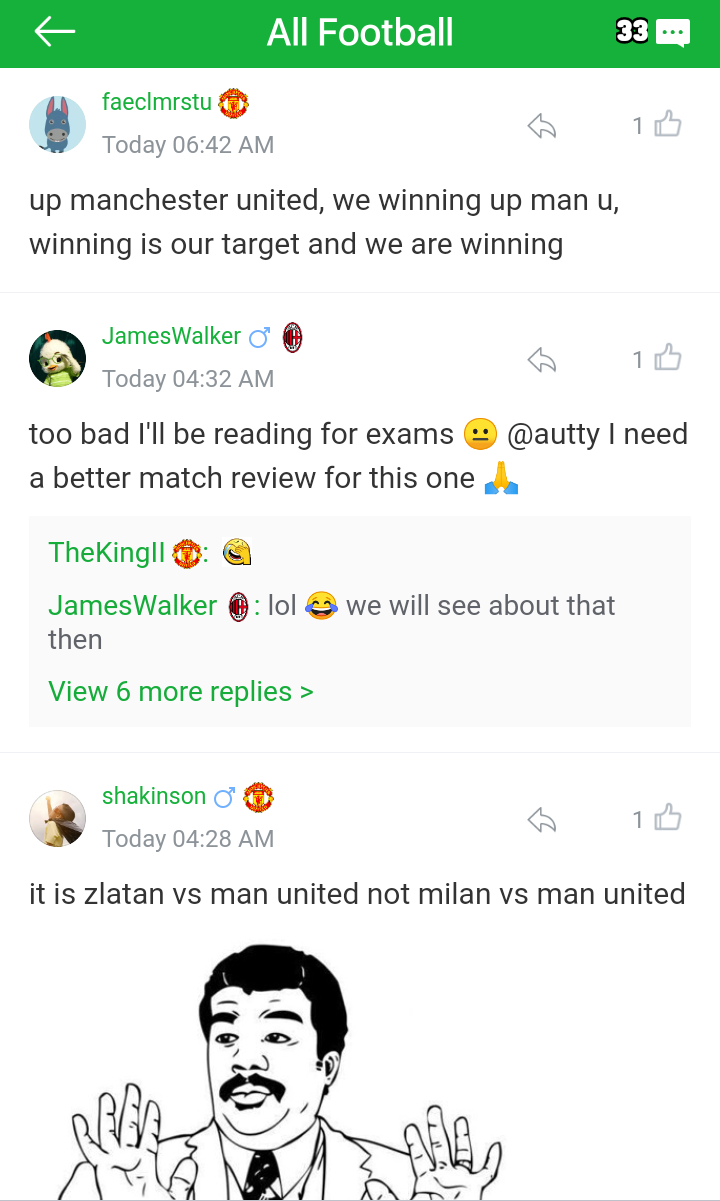 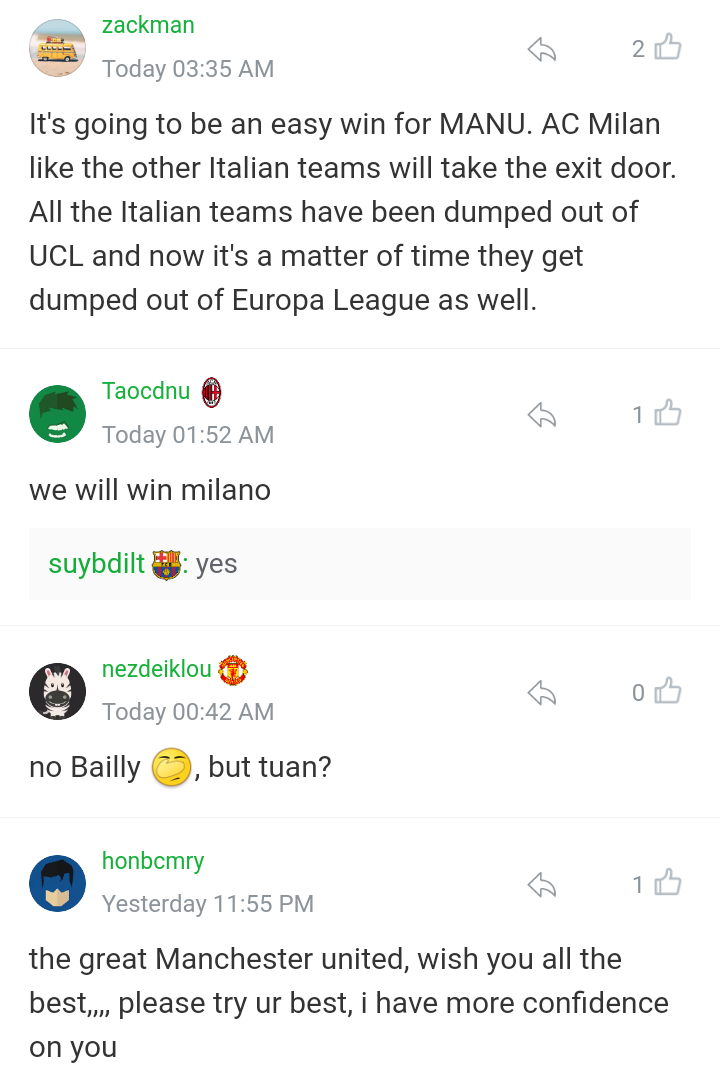 Above are some of the reactions and comments posted on social media platforms and handles by internet users, most of which are football lovers, fans and supporters of the concerned clubs. Many are affirming the fact that the Red Devils will surely lose tonight while others are opposing the motion.

How about you, what do you think will be the outcome of this great match between Manchester United and AC Milan. Will the Red Devils lose or come out with victory in tonight's encounter?

Feel free to share your comments and opinions with us in the comment section of this article. Stay safe and God almighty bless you.

Manchester United to sign Nigeria captain for next season

Check out two records Ronaldo could set this weekend

Opinion: Why Haaland didn't include Messi on his list of top 7 strikers

"We want to make City suffer," says Tuchel ahead of clash as he confirms Kovacic & Christensen out

CHELSEA VS MAN CITY: Read What Pep Guardiola Said About Chelsea And Tuchel Ahead Of Tomorrow's Game

EURO 2020: Alexey Sorokin stresses importance of playing in front of fans amid COVID-19

Opinion: 2 Reasons Why Manchester United Will Be Knocked Out Of The UEFA Europa League Semi Finals

Ramos, David Luiz, others reacts as Aubameyang reveals why he has not played for Arsenal recently