By Sagereal (self media writer) | 1 year ago 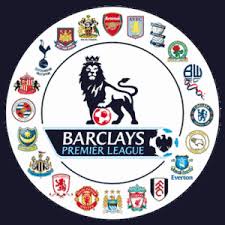 Premier league resume back today after some days of international break, so let's look at matches that will be played and see what possibly might be the outcomes of each matches..

*Newcastle vs Chelsea - this two sides are both exciting teams to watch in the premiership. Though the moment and recent match looks to favour Chelsea more but it's always a good game to watch when they take on each other. Rice right now are in form before the international break but the fact is that Chelsea team always find it hard to crack the Newcastle united team whenever they play at St James park. In their last 5 meeting at St James park, Chelsea only managed to win once, played one draw and lost the remaining 3 to newcastle. But looking at the set of exciting attackers have right now and their form for both their club and national team, it's a sure win for the Chelsea team.

*Aston villa vs Brighton - this is the second match of the day. Aston villa has been so entertaining to watch this current league season after narrowly escaping relegation in the last match of the last premier league season. But they've produced a superb performances and winning this season most notably humbling Liverpool in a 7-2 win and most recently beating Arsenal by 3 goals to nil at the Emirates stadium before the international break. The chances of Aston villa winning the game is very high as they are sitting 5th on the premier league table with one match outstanding. Aston villa will win this match.

*Tottenham vs Manchester city - this match is the biggest premier league game of today as this two top teams will be locking horns this afternoon. Manchester city has not been able to defeat tottenham at home since 2018 and with Tottenham current form and Manchester city recent poor form, it doesn't seem to be happening today as well. Manchester city are really struggling in the league this season as they only won 3 of there seven premiership games this season. This match will end in favour of Tottenham or end draw.

Content created and supplied by: Sagereal (via Opera News )