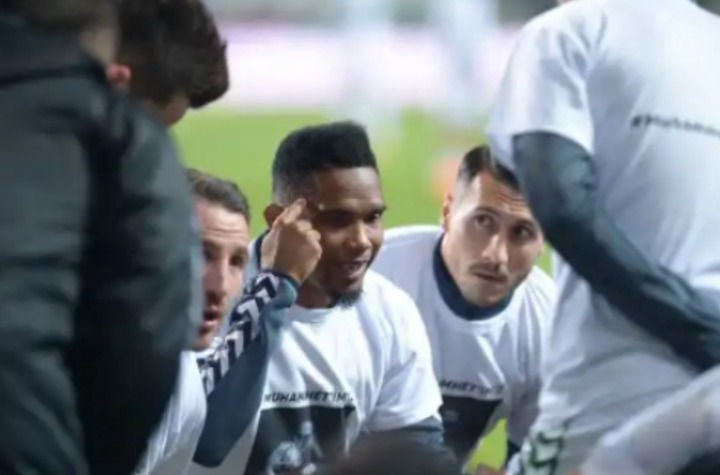 Eto'o, who retired two years ago, enjoyed a long and successful career with Real Madrid and Barcelona.

Eto’o is, of course, best known for his time at Barcelona since he played for the Santiago Bernabeu side as a youngster.

The Cameroon international scored 108 goals in 144 league appearances for Barca, and won three La Liga titles and two Champions Leagues with the Blaugrana.

The 40-year-old is still a big fan of the Spanish league and has been asked to name his three favourite current players in Spain’s top flight.

Interestingly, two of the players he named were from Real Madrid, while the other was an Athletic Club star.

“I stay with David Alaba, Eden Hazard and Iñaki Williams,” he said

Alaba is new to the league having joined Real Madrid as a free agent this summer, while Hazard has struggled in his first two years with the Los Blancos.

"Williams has been a much-talked about talent for some time, and he has enjoyed an impressive start to this season," he concluded.