By THENAIJA6 (self meida writer) | 9 months 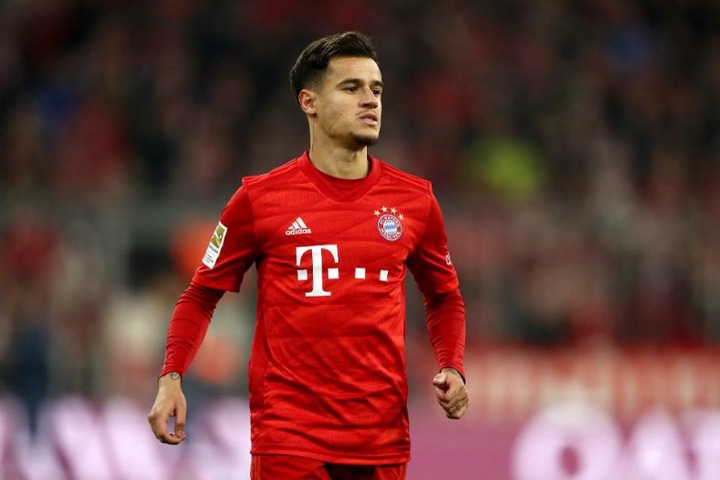 Barcelona is offering Philippe Coutinho to Arsenal this summer, according to Goal.com.

The former Liverpool, midfielder joined the Catalans in the winter of 2018 after forcing ,his move away from the Reds.

He has been unsettled, since he joined the Catalan side and he has fallen down the pecking order there.

He was shipped out on loan, to Bayern Munich this season, but the Germans won’t make his move permanent (AS).

Barcelona doesn’t have him in their, plans for next season and they are prepared to offload him to another team this summer as they ,seek to raise funds and sign players that they want (AS).

Coutinho is on a huge salary ,at the Catalonian side and they are desperate to get his salary or some of it off their wage bill so ,that they can accommodate new signings.

The report claims, that Arsenal isn’t the only team in the Premier League that he has been offered to with Newcastle also mentioned as ,one team that might sign him.

Arsenal might struggle to pay all his wages, but they can take advantage of Barcelona’s desperation and negotiate a subsidy while he joins them ,on-loan for the rest of the season.

Few Days To Eid Fitr, Check Out These Ankara Blouse Styles You Can Rock For The Celebration

Video: Davido Gives His Daughter A Range Rover As An Early Birthday Gift

Opinion: Arsenal Should Target These 8 Players If They Want To Play European Football Next Season

The Traditional Process Of Marrying An Ughievwen Girl

What Obasanjo And I Discovered While Trying To Rescue Kidnapped Kaduna Students– Gumi.