CHE vs MCI: How Manchester City Could Lineup In This Match With John Stones Missing Out 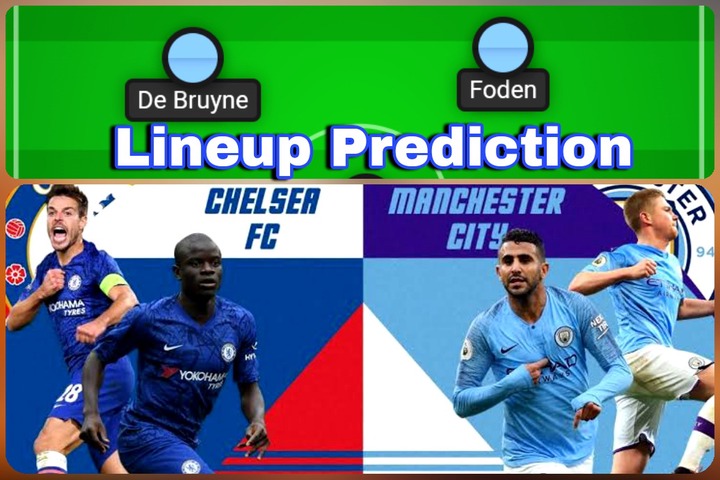 Manchester City will meet joint Premier League leaders Chelsea at Stamford Bridge in Saturday's early kick-off, in what will be their hardest game of the season so far.

City have been inconsistent this season, scoring just once in their past two league games against Southampton and Leicester after two consecutive 5-0 victories.

In the Carabao Cup, a heavily rotated City side crushed Wycombe 6-1 in midweek after coming back from a goal down against the League One club.

Ederson (GK): After Zack Steffen deputized in midweek, he will take his spot. Hasn't conceded in the Premier League since the start of the season, but his record will be put to the test today.

Cancelo (LB): Due to a dearth of options at left-back, he will most likely keep his spot. With four appearances on the left, he has been a constant in the league this season.

Kyle Walker (RB): Since the season's opening weekend, he has effectively restored his spot and was rested against Wycombe, so he should be fresh for this match.

Dias (CB): If City are to keep Lukaku and Chelsea at bay, his composure and leadership will be vital.

Ake (CB): Because of the fitness concerns surrounding John Stones and Aymeric Laporte, the Dutchman might start this match.

Fernandinho (CM): Rodri's fitness problems may force him into the starting line-up. He also started the most recent Premier League match, which was against Southampton.

De Bruyne (CM): After getting 90 minutes under his belt against Wycombe, he is set to make his maiden Premier League start. In addition, he started against RB Leipzig in the Champions League.

Foden (CM): After an injury-plagued start to the season, a goal and two assists against Wycombe provided just the right start. Gundogan's fitness has been questioned, and he may be forced to start.

Grealish (LW): This season, the £100 million man has impressed but failed to ignite, depicting an inconsistency in the team's attack. This will be his toughest test yet.

Torres (CF): Despite not being a natural 'number nine,' the Spanish International has become the first choice in the position after Sergio Aguero's departure this season.

Gabriel Jesus (RW): This season, he has surpassed Riyad Mahrez as City's favoured right-wing starter, though the Algerian will always be a tough competitor. 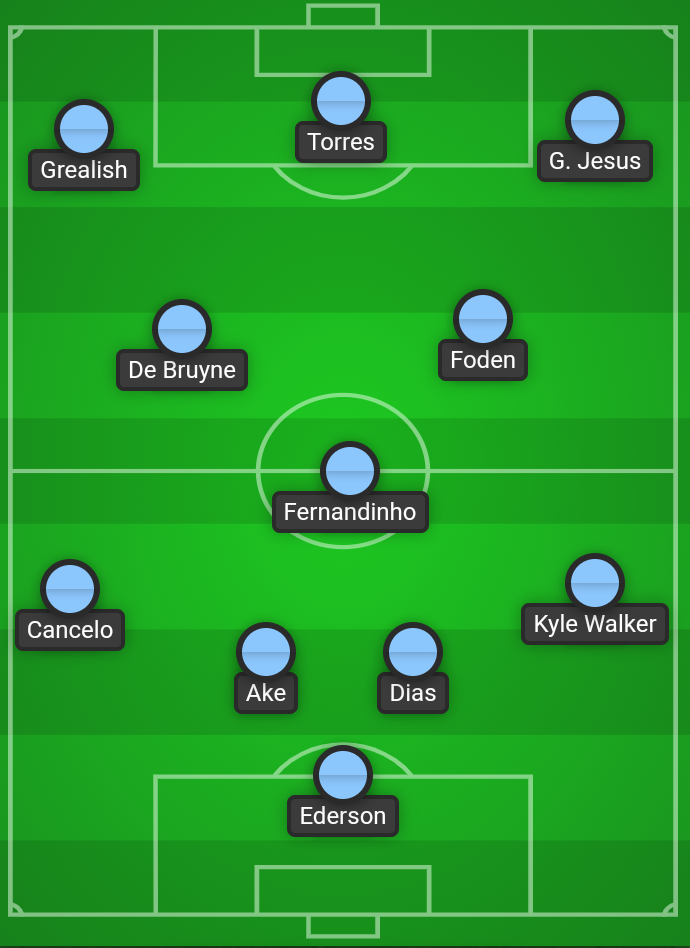