By Ibroohim (self media writer) | 1 year ago 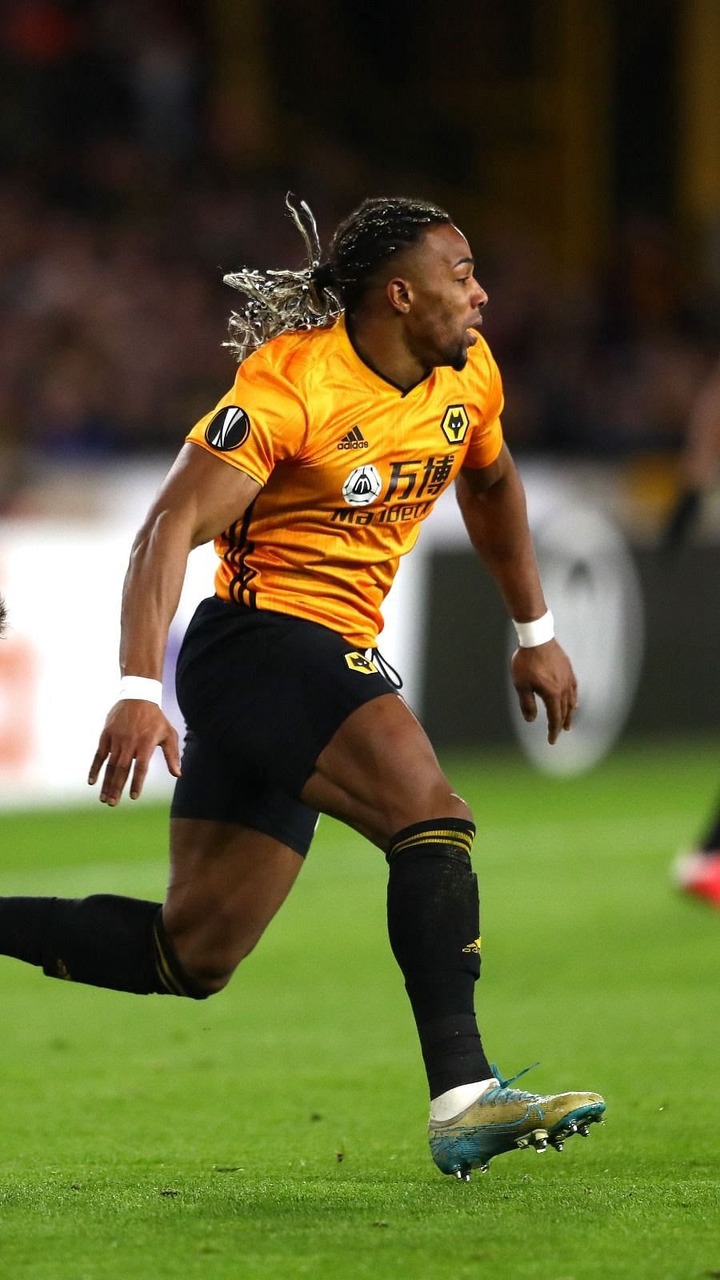 World Football has witnessed some of the best dribblers in the past few decades. Ronaldinho, Franck Ribery, Lionel Messi and Neymar are a few of the illustrious names in this regard.

The sport has since evolved to such an extent that even rookie players are challenging to dribble past. This, in turn, raises the stakes when a player tries to cut through the opposition lineup to create a goal-scoring opportunity.

The art of dribbling has witnessed a shift in perspective from being an additional attribute in a player's game style to a mandatory trait. Dribbling ability carries a significant weightage when it comes to scouting the right player for the right club.

Today we take a look at the top ten dribblers in world football purely based on statistics. 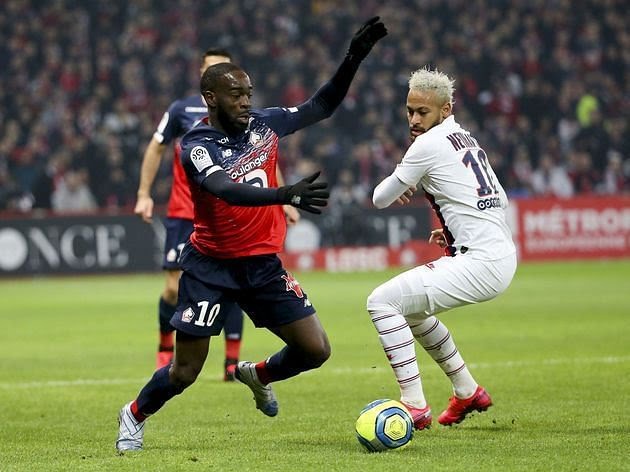 Ikone dribbling past Neymar in Ligue 1 game this season

A European Under-17 Champion with France, Jonathan Ikone, has been at the helm of the Lille midfield this season. Though the young Frenchman plays in an attacking role, he is no less than a box-to-box midfielder who drops back to defend whenever his team is under attack by the opposition.

The midfielder from Bondy, France, has also been instrumental in direct goal contributions in Ligue 1 as well as for the French Under-21 team. Ikone has six goals and as many assists to his name in all competitions in 2019-20.

With almost 1000 touches this season in the French league and a €36 million price tag at the young age of 21, Ikone is one of the stars to look out for soon. 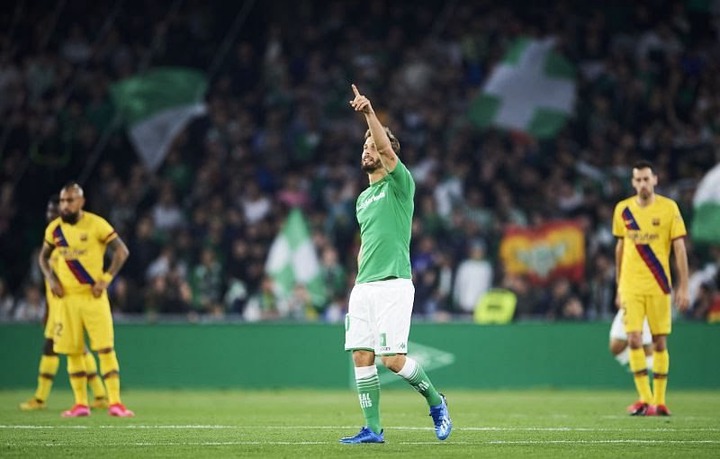 With Manchester City interested in his services after his exploits last season, Nabil Fekir moved to Real Betis in anticipation of a new challenge in Spanish football and more playing time.

Betis have benefitted a lot since his arrival as is evident in the ex-Lyon player making 110 dribbles with a success rate of 66.36% in La Liga this season, resulting in seven goals and three assists.

One of the best Expected Goals statistic (27.5) in European football, Fekir has been a revelation in the midfield, thanks to his outstanding passing abilities.

The 26-year-old, who likes to play medium to long-range passes to his teammates, has a passing success rate of 79% in the Spanish top flight this season.

There is no doubt that Fekir's stint with Lyon has helped him prosper in La Liga, as the 26-year-old looks to carve out a niche for himself. 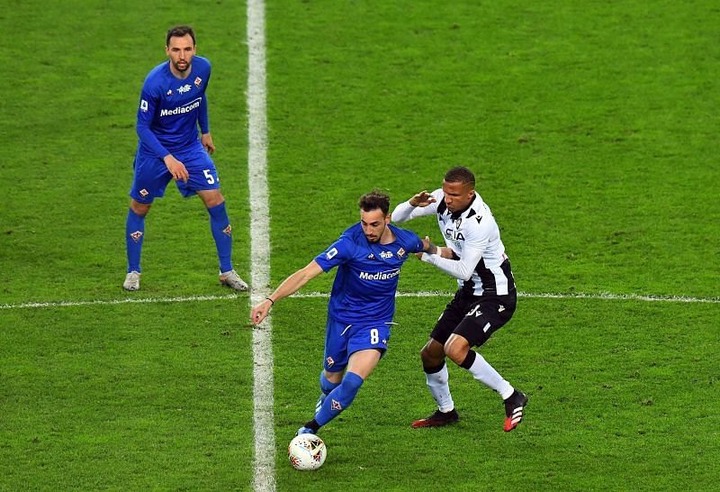 Gaetano Castrovilli competes for the ball with Rodrigo Becao of Udinese Calcio during a Serie A game.

Italy's hottest prospect in the midfield role, Gaetano Castrovilli, is one of the most promising central midfielders in Serie A. He is all set to follow in the footsteps of famous Fiorentina players like Roberto Baggio, Rui Costa and Gabriel Batistuta.

Castrovilli, who operates in the centre of the field, has made 103 dribbles with a success rate of 74%, a stat that even surpasses that of some of the active playing legends in the game.

Inter Milan, who seemingly leads the race to secure the 23-year-old's services next season, might have to dish out a figure upwards of € 40 million as they also face competition from Juventus.

With 51 shot-creating actions in Serie A this season and five direct goal contributions (3 goals and two assists), Italy might just have found their next midfield maestro. 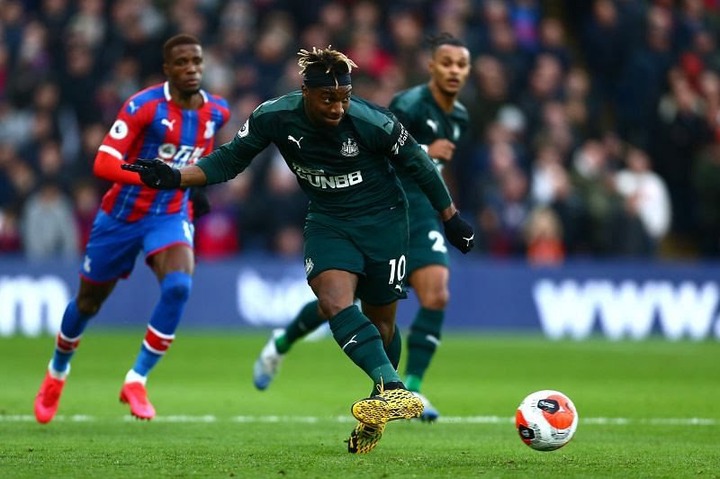 Allan Saint-Maximin of Newcastle United passes the ball during a Premier League game.

With ongoing talks of a take-over shaping up in a positive direction, the ensuing financial injection might just see Newcastle United rebuild their entire squad from scratch.

One position, though, that may not need a rejig is that of 23-year-old attacker Allan Saint-Maximin.

Saint-Maximin, who has risen to fame in England this season, has made 127 dribbles with a success rate of 63%. These are impressive numbers when compared with that of Newcastle who have been pretty average in this respect.

Saint-Maximin has 3.96 shot-creating actions per ninety minutes in the Premier League. He is touted to become the next significant import in England if he happens to join a top-6 club shortly. 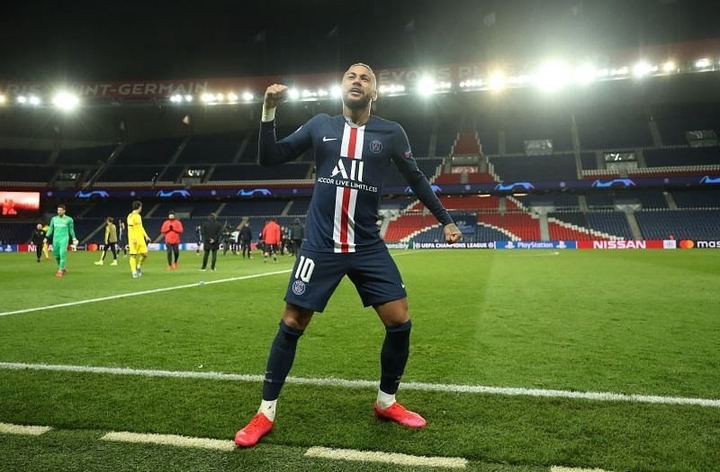 Neymar is one of the best dribblers and top 5 players in world football in the past decade. The Brazilian starlet has made 148 dribbles with a success rate of 61% this season in all competitions.

The Paris Saint-Germain midfielder left Barcelona a few years ago, in the world's most expensive transfer deal ever. Since then, Neymar's performances have had a significant impact on the French club, along with that of French wonder kid Kylian Mbappe.

The 28-year-old's career has been marred with injuries since his arrival in France, but his statistics depict his capabilities very accurately.

Neymar has 18 goals and eight assists in 22 appearances for Paris Saint-Germain in all competitions this season. These are impressive numbers because the Brazilian was sidelined for a large part of the season due to injury.

With Barcelona touted to bring him back to Spain, there are no limits to what Neymar can achieve in the remainder of his playing career. 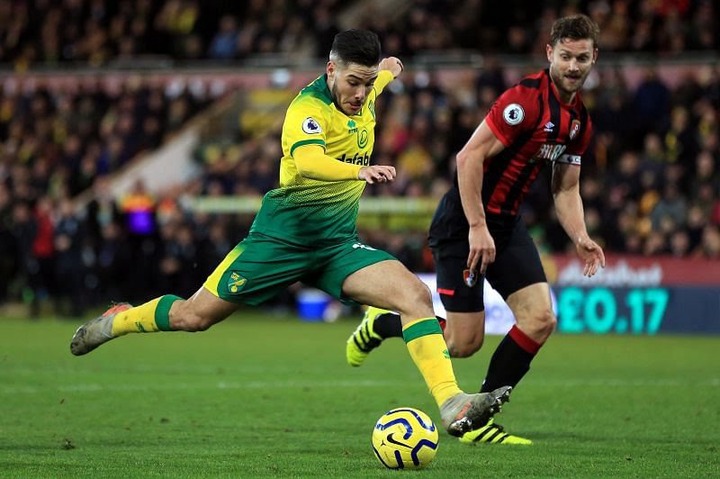 Emiliano Buendia of Norwich City shoots during a Premier League match against Bournemouth.

Despite Norwich City making a bright start to the Premier League season since their promotion, the Canaries have since dropped to a relegation battle. The lack of depth in their squad is one of the primary reasons for their decline in fortune.

Norwich has been a home to some of the best young talents this season: Todd Cantwell and Max Aarons to name a few. However, the best among them is Argentinian import, Emiliano Buendia.

Buendia has been a diamond in the rough for Norwich, making 129 dribbles at a success rate of 71% this season. He is ranked third in the EPL for his dribbling stats.

The Argentinian attacking midfielder, who is usually spotted on the right flank, is a dedicated playmaker, who has made seven EPL assists this season. He also has an impressive passing success rate of 81%, a figure which seems worldly when compared to that of his other Norwich team-mates.

If Norwich are relegated, it will be a shame if the 23-year-old plays second-tier football next season, given his potential to become a world-class player. 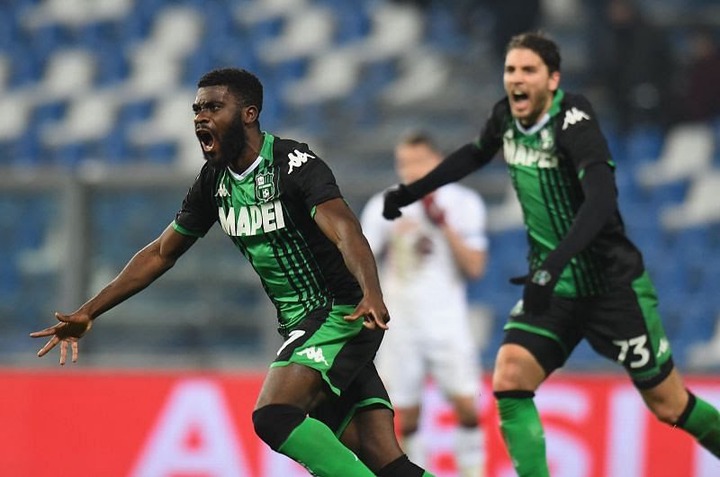 Jeremie Boga of US Sassuolo celebrates after scoring the equaliser against Torino.

Italian club US Sassuolo's Jeremie Boga is next on our list of the world's best dribblers. The Ivory Coast International of French origin has made 166 dribbles with a success rate of 64% in the Serie A this season.

The 23-year-old also has scored eight goals and made two assists in the Italian top-tier, for a club sitting in 11th place in the points table.

Boga is a talent waiting to thrive in Europe with a Champions League qualified club. His youth club Chelsea have a buy-back option tipped to be around €20 million. But the Blues' recent acquisitions suggest that the Ivorian may not be back at the Premier League club any time soon.

There is no doubt that Boga would enhance any team's attacking capabilities, especially in the Premier League where dribbling abilities are significantly rewarded. 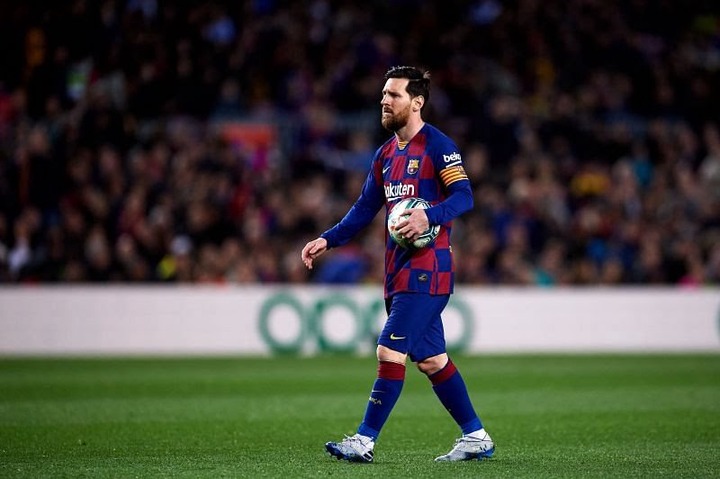 Lionel Messi of FC Barcelona prepares to take a penalty against Real Sociedad in a La Liga game.

Any statistic in world football would be an understatement to describe Lionel Messi, one of the best players to have graced this sport.

While long-time rival Cristiano Ronaldo has moved to a more goal-scoring role in Turin, Messi continues to play the false-nine for Barcelona, a position that he has made his own since the Pep Guardiola era.

The 2019 Balon d'Or winner has made 163 dribbles with a success rate of 72% in all competitions this season. These numbers suggest that the diminutive Argentinian hasn't lost his touch as yet despite a decade and a half of professional football.

With 24 goals and 15 assists, the advanced forward is setting new records virtually every passing week. Messipassing success rate of 82.2% is evidence of his contributions to teammates. 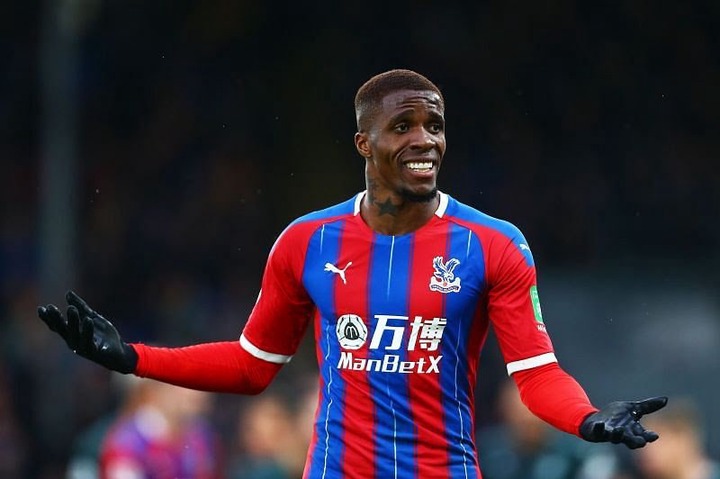 This list of best dribblers in world football would be incomplete without the inclusion of Wilfried Zaha, arguably the best active dribbler in England.

The ex-Manchester United player, who couldn't maintain his spot in the Red Devils' lineup, has proven his worth as Crystal Palace's first choice on the left-wing. This season, he has made an astonishing 219 dribbles, the highest in European football, with a success rate of 62%.

With the Ivorian harbouring aspirations of switching to a top-six club in English football, Palace's high transfer fee demand has reduced his exploits to Selhurst Park for the moment.

The two-footed player, who turns 28 this year, could make a more significant impact in the years to come. He is an extremely versatile player, a fact that is evidenced by his deployment on either wing or behind the striker in a false nine role. 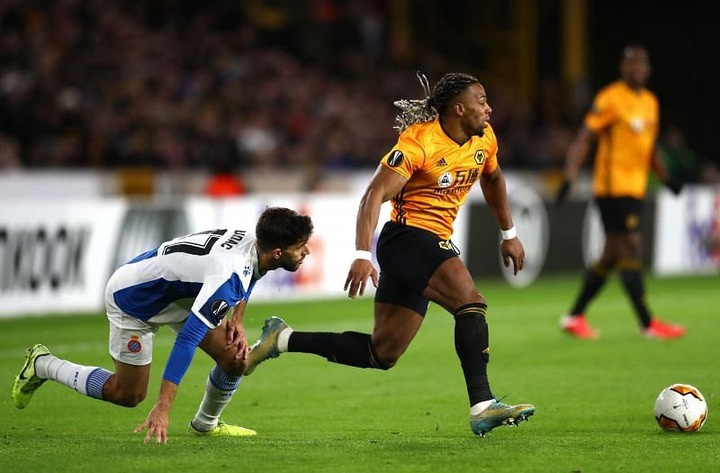 The biggest breakaway sensation of the season in Europe's top 5 leagues is Adama Traore. Statistically, he is the best dribbler in the world at the moment.

The Wolves winger has made the most successful dribbles (145) in world football this season. His success rate of 74% is also the best dribbling rate of any player to have made at least 20 dribbles this year.

The Spaniard wins roughly three out of every four dribbles he makes, taking Wolves to a different level altogether, with 13 direct goal contributions to his name.

Traore started in a left wing-back role for the Premier League club and has since evolved to a world-class winger. A regular spot in the Spanish national side looks imminent soon for the 24-year-old.

If he maintains his present level and keeps improving every year, Traore could become a force to be reckoned with in world football.

Content created and supplied by: Ibroohim (via Opera News )