Is Samuel Chukwueze the man that will stop Real Madrid from winning the La Liga title today? 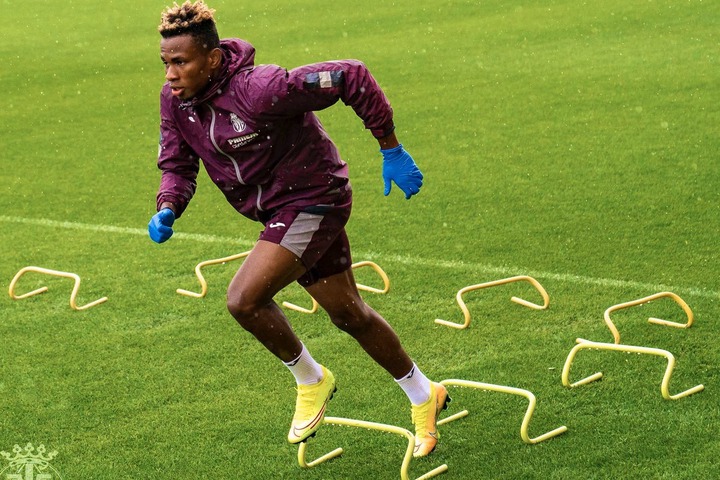 Samuel Chukwueze may not have scored many goals for Villarreal this season but he remains a goal threat any day. His strikes for his Spanish club have been few and far in-between this term but his speedy runs down the wings, dribbles and work-rate makes the former Golden Eaglets star a candidate to surprise any team, any day. 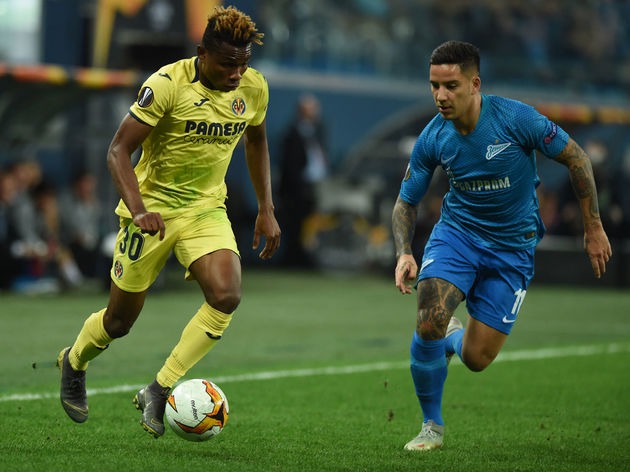 Chukwueze has been training. Training seriously for their match against Real Madrid as the season draws inexorably to an end. Villarreal, currently 5th on the La Liga table, are pushing for a spot in the Europa League, while Real Madrid need the game to confirm their win of the title -- the first for manager, Zinedine Zidane and their first in eight years. 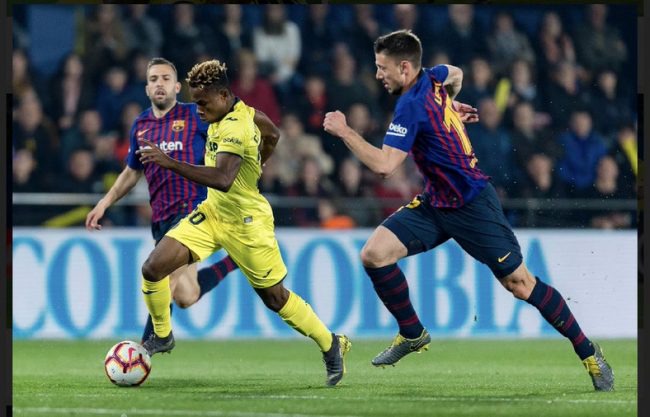 A win for Real Madrid in this encounter should hand them the title even with a game to spare against Leganes on Sunday, while Villarreal hope that nearest rivals, Getafe in 6th place falter against Levante in their final game of the season to still make certain of their European place.

However, if there's any team that has what it takes to stop Real's march to glory, it is this team known as the 'Yellow Submarine' who have a quality assemblage of stars that can really spoil the party for them. With players like former Arsenal star, Santi Cazorla, Moi Gomez, Toko Ekambi, Paco Alcacer and Gerard Moreno (the team's highest goalscorer this season), Villarreal is loaded with the personnel that can do the damage to Real's title hopes later tonight. And when you add the danger that an in-form Chukwueze will pose, it becomes tricky for a Real side that have so far sweated to scrape some decent wins since the league restart. Villarreal have demonstrated that they know how to score goals as they have put 58 goals past their opponents in 36 league games this season. They remain the most prolific amongst the top tier teams after second-placed Barcelona with 80 goals. They have scored more goals and gotten 12 -- three draws less than 3rd-placed Atletico Madrid, showing why Chukwueze and his teammates could cause an upset in today's game. Besides, they have won 5, drawn 1 and lost 2 of their last 8 games since the league restart in mid-June. Their first meeting just after the season kicked off on September 1, 2019 at their El Madrigal home turf had been quite dramatic as they fought gamely to hold Real to a 2-2 draw with Gareth Bale who scored both goals for the visitors being sent off. The duo of Chukwueze's teammates, Gomez and Moreno had scored for Villarreal. A similar scenario could be replayed at the Santiago Bernabeu tonight and apart from watching out for Moreno, or Cazorla or Toko Ekambi or Gomez, Real Madrid must keep a watchful eye on this pacy Nigerian who loves the big occasion, and through whom their much awaited coronation as La Liga champions could be blown sky-high unless....