Jamie Redknapp Predict Who Will Win Between Arsenal And Tottenham, Check Out What He says.

Former Liverpool and England player, Jamie Redknapp has given us his verdict on the match between Arsenal and Liverpool football club, which is to be played at the Emirate stadium. 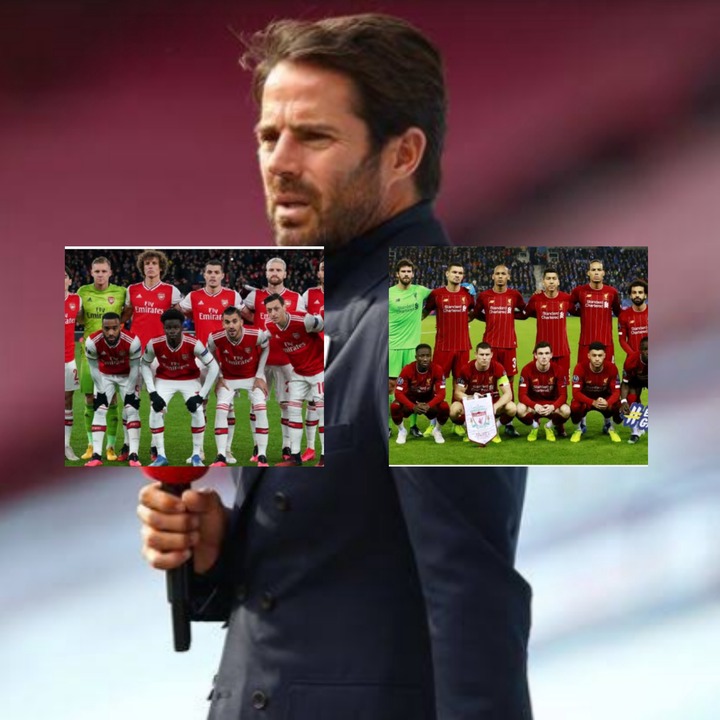 7th position Liverpool will travel to the Emirate Stadium on Saturday evening with hopes to keep in touch with their top 4 rivals, while 9th position Arsenal may likely not throw all their egg in this one, with little chance to qualify for Europa, and will favor their upcoming Europa League match to the tie against Liverpool.

Regardless of this, Jamie Redknapp feels that there are too many irregularities In this tie that makes this one hard to predict. Speaking on Sky Sports Podcast Jamie Redknapp said, 'This is a really difficult one to predict. I see a draw. ‘You don’t get the feeling with Liverpool right now that they can go somewhere and get a clean sheet, and Arsenal has had huge success in big games and played very well. ‘Arsenal would have yearned to play Liverpool right away after the heat of the West Ham come back that ended 3-3.’

On whether the draw Outcome predicted will be a barren draw or otherwise, Redknapp further says, ‘I see some goals in this encounter. I’m not sure that both sides are defensively strong enough to keep a clean sheet. ‘So I’m going for a score draw.'

Like Arsenal, the EPL defending champions have had a rough campaign in the EPL and will be desperate to revive their season from this match as they seek a chance for European football next season. But Jamie Redknapp feels Arsenal will keep up their momentum and repeat the same feat they had in their 3-3 draw with Champions League-bound West Ham.

Do you agree that Arsenal will be able to hold Liverpool to a draw, or this may just be another heartache for Arsenal who always falls to the genius of Mo Salah and Sadio Mane?

"I Don't talk about men of God, It is a discipline I have" - Pastor David Ibiyeomie

Photos: 3 Beautiful Places In Kaduna State You Can Visit For Vacation And Tourism

Why Neymar Will Never Win The Ballon D'or