Arsenal 3-1 Tottenham: Arsenal's Journey So Far This Season Is An Inspiring One.

By Nasagist (self media writer) | 26 days ago

Mikel Arteta and indeed Arsenal football club are in jubilant mood after the wonderful display by the gunners in their match against Tottenham Hotspur. 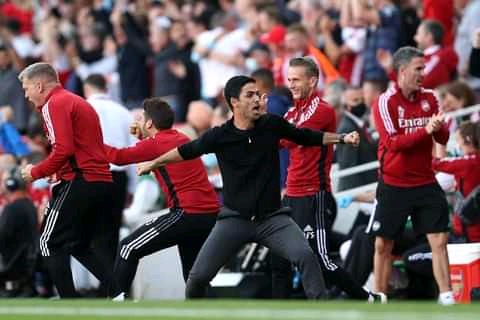 Arsenal manager and indeed the entire Arsenal football players were condemned earlier this season following the club's disastrous start to the season. There were calls from several quarters for the sack of the Spanish tactician and several other players were called out for their display on the pitch.

It will be recalled that the club's first Premier league match ended in a shock defeat to premier league new comers, Brentford, they went on to loose 2-0 to their London neighbors, Chelsea FC. In the third game, they were humiliated by the Premier league Champions, Manchester City. The defeat sent the club to the 20th position with 0 point and without a goal. After that humbling defeat to Manchester City, the fortunes of the club changed.

Arsenal football club who were 20th on the table at that time defeated fellow Premier league strugglers, Norwich City by a lone goal from Pierre Emerick Aubameyang.

In the second game they kept another clean sheet by defeating a resilient Burnley side by a lone goal.

In the English Premier league match day 6 fixture, Arsenal displayed the type of football they have been known for. They defeated their London rivals, Tottenham by 3 goals to one. The goals were scored by Emile Smith Rowe, Aubameyang and Bukayo Saka while Heung Min son pulled one goal back for Tottenham. 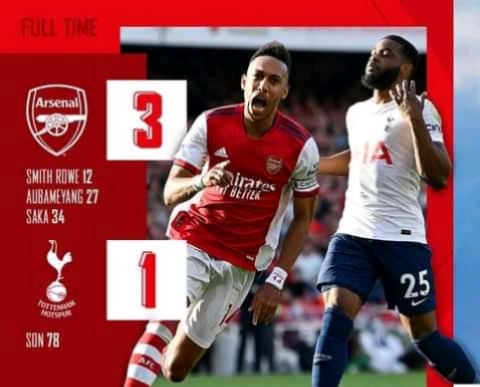 With the victory over Tottenham, Arsenal football club are 10th on the League table with 9 points. They are just 5 points behind the Premier league leaders, Liverpool FC and are 4 points adrift the UEFA Champions league place. 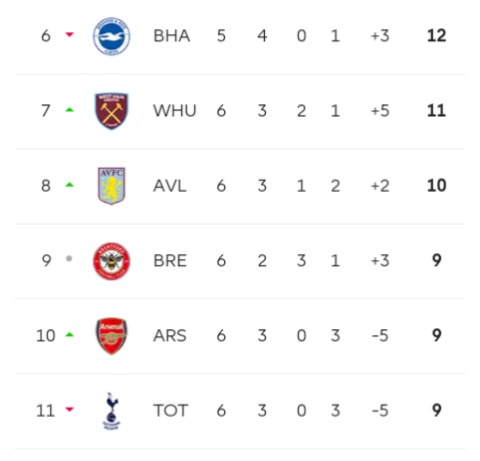