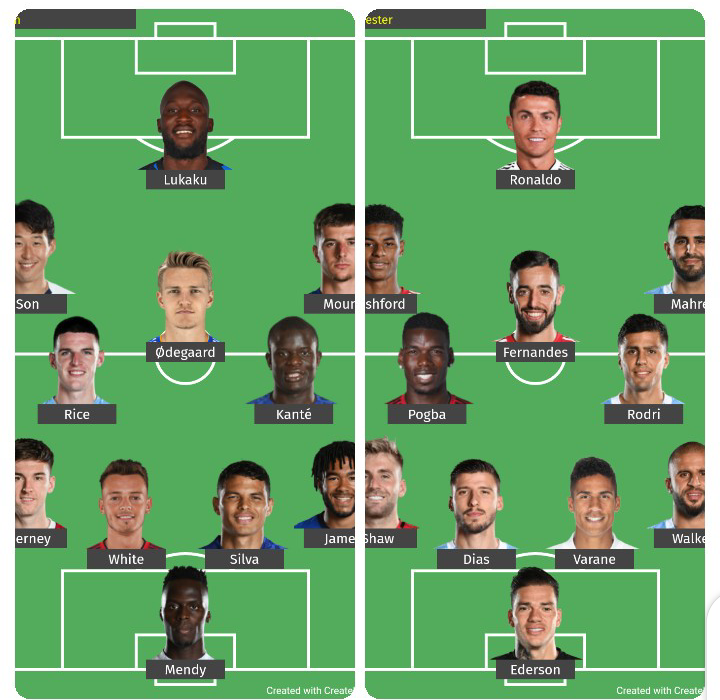 Today, I'm going to collect the two towns' strongest starting lineups and ask readers to predict which team would win a match if it were to take place. 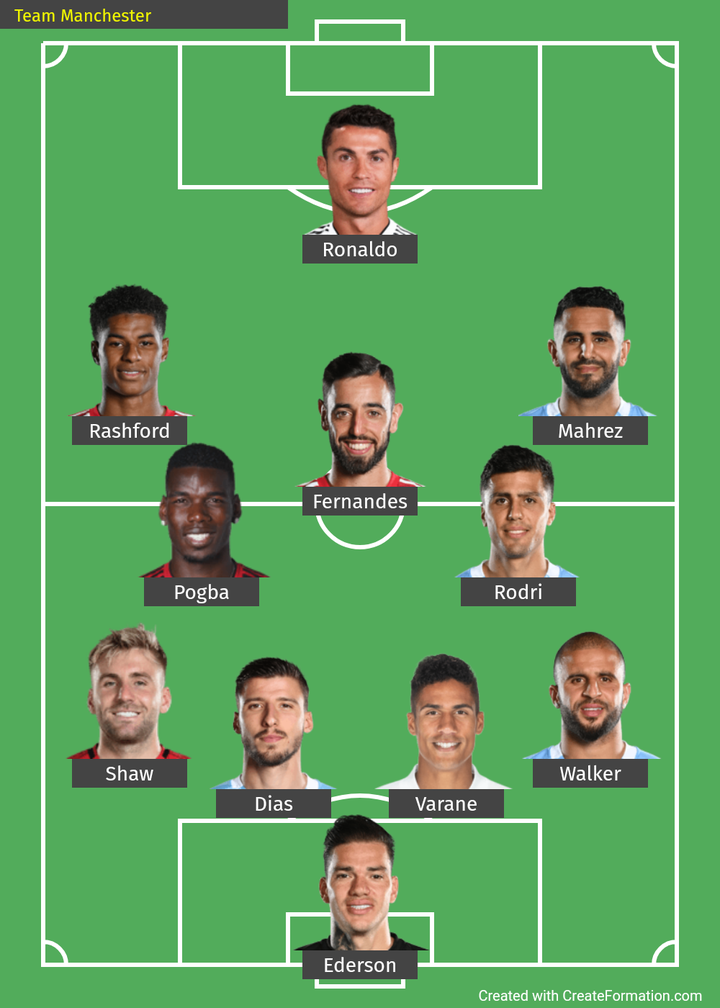 These two clubs have a slew of talented players, but none will crack the starting lineup. The following is a possible lineup for the first game. 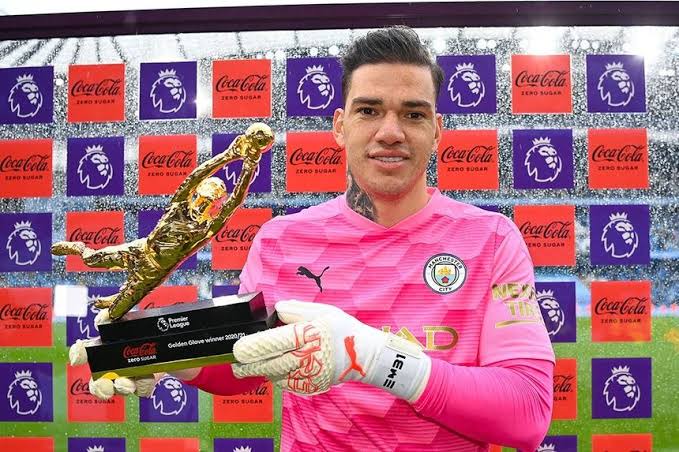 Manchester City's first-choice goalkeeper, David De Gea, will start in place of him. Since his move to Manchester City, the Brazilian has been outstanding.

The goalkeeper will be adequately covered by Luke Shaw, Raphael Varane, Ruben Dias, and Walker.

Paul Pogba and Rodri will play as defensive midfielders, allowing Bruno Fernandes to partner up with the attacking midfielders.

Marcus Rashford and Mahrez will operate on the left and right flanks, respectively. When these two stars play these spots, they are always a threat to any defense. 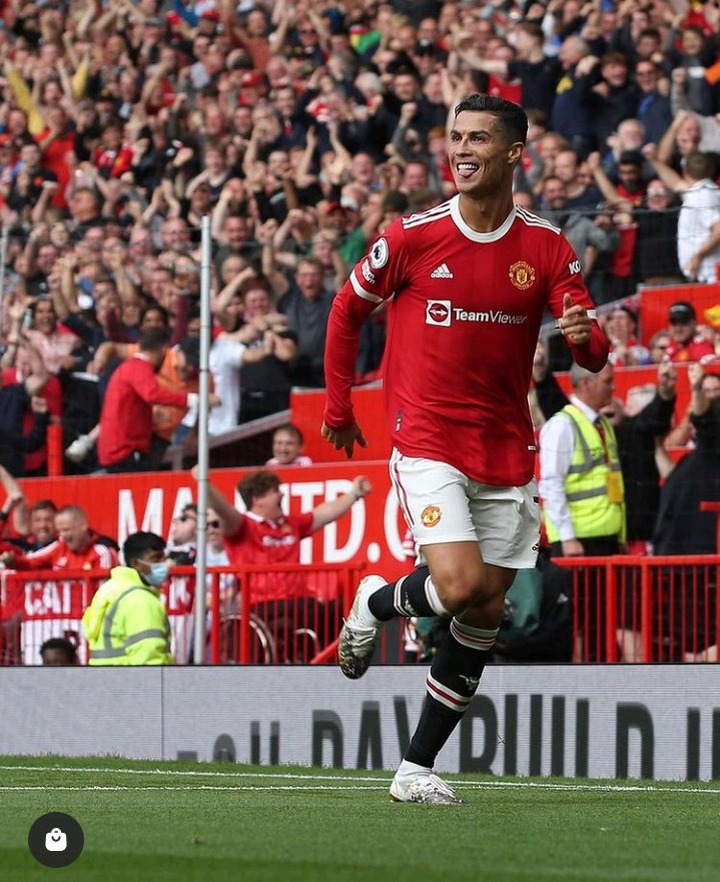 The offense will be led by Cristiano Ronaldo. Since making his Manchester United second debut against Newcastle, the Portuguese skipper has been outstanding. 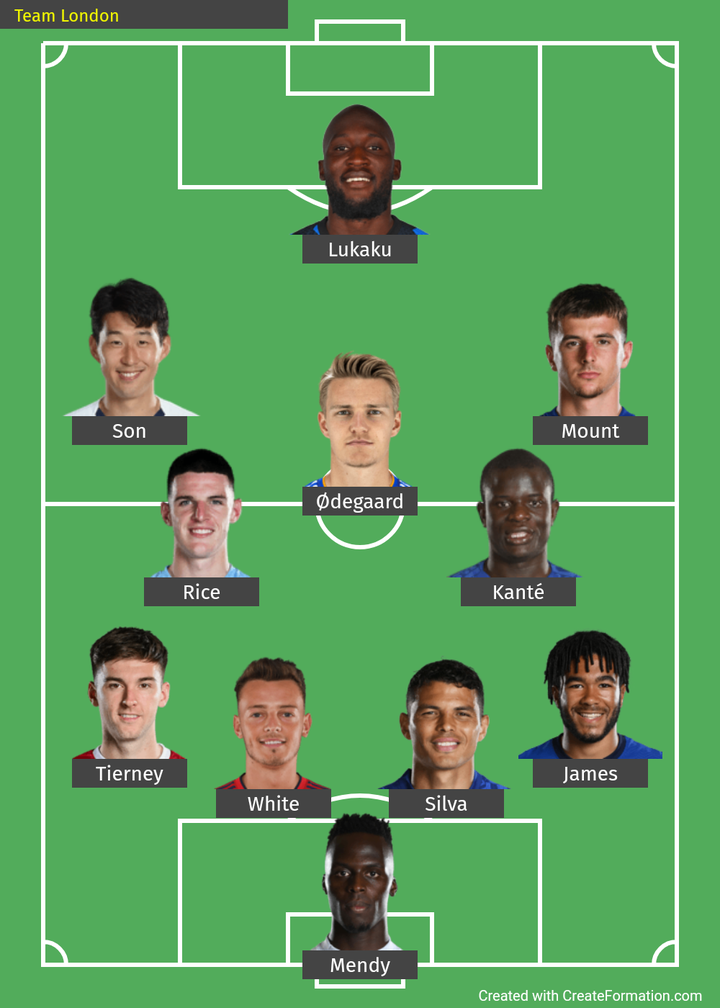 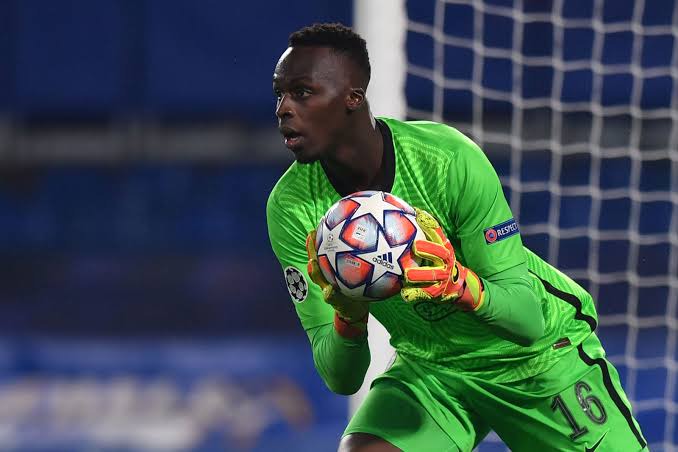 Mendy will take the starting position ahead of all other goalkeepers. Since joining The Blues, the former Rennes goalkeeper has been sensational.

Tierney and Ben White, both from Arsenal, will form a powerful backline alongside Thiago Silva and Reece James, both from Chelsea.

As a defensive midfielder, N'Golo Kante will partner Declan Rice. Both will provide adequate cover for the defense, allowing Martin Odegaard to maneuver freely.

Son and Mason Mount will take up positions on the left and right wings, respectively. These two are capable of breaching any strong defense and outpacing defenders with their lightning speed. 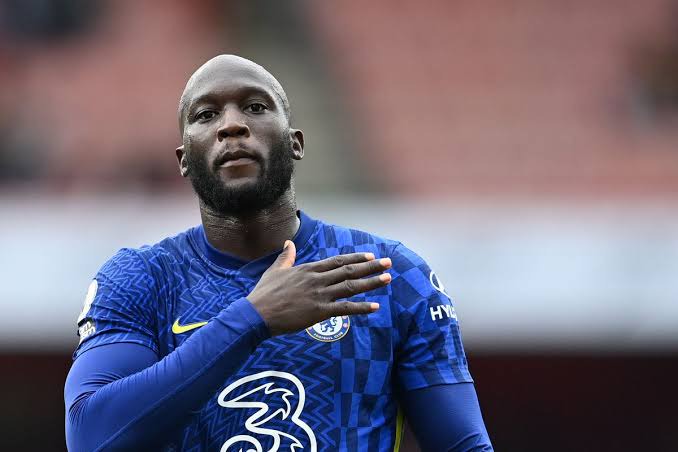 Romelu Lukaku, a Belgian striker, will be the team's main striker. Lukaku rediscovered his best form following his move to Inter Milan from Manchester United.