The 2021/2022 Premier League Season Will Feature The Most Number of Nigerian Players, See A List

Ten Nigerian players or more will be playing in the 2021/2022 premier league season. They are scattered across different clubs in the Premier Leagues with Watford having the most number of Nigerian players in their squad.

Having many players playing across Europe especially in the top 5 European leagues is a huge boost to Nigeria football. They will be exposed to European techniques and playing patterns. 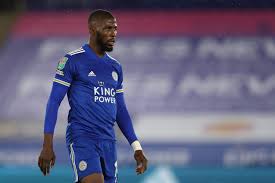 Kelechi Promise Iheanacho plays as a central forward for Premier League club Leicester City. He started his senior career at Manchester City during the 2015/2016 season before he moved to Leicester City in 2017 for a reported fee of €27.7 million.

Last season, he scored a total number of 12 goals and assisted 2 in 25 appearances in the Premier League. The 24-year-old striker aided Leicester City to win the first FA Cup title in the history of the club. 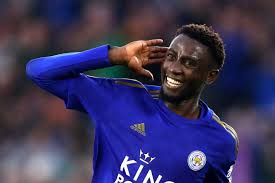 Wilfred Ndidi Onyinye plays as a defensive midfielder for Leicester City. The Nigerian midfielder is known for his defensive prowess and long-range strikes.

He graduated from the Nath Boys academy before he signed for KRC Genk in Belgium. He joined the EPL champions the following season after winning the premier league title for a reported fee of €17.60 million. 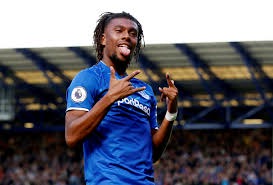 Alexander Chuka Iwobi plays as a winger and sometimes as a forward for Everton. He was previously at Arsenal scoring 15 goals and winning the FA Cup in 2017 before he moved to Everton in 2019 for a reported fee of €30.4 million.

Emmanuel Dennis Bonaventure has just completed his move to the premier league with Watford for a reported fee of €4 million from Club Brugge in Belgium. He plays mainly as a striker but he is adapted to play on the wings. 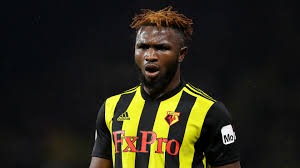 Isaac Success Ajayi plays for Watford as a Striker. The 25-year-old striker was with Watford when they got relegated in the 2016/2017 premier league season and now he is back with the club after a season-long loan move to Malaga.

William Paul Troost-Ekong plays as a central defender for Watford. He was born in the Netherlands but he opted to represent Nigeria. 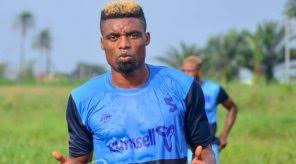 The 25-year-old midfielder has reportedly joined Watford on a season-long loan move from the Championship side, Stoke City.

- Aina who plays as a defender for Fulham who has just been relegated with a possible link to join another premier league club. Paul Onuacho also has been linked with a move to the Premier League.

Comment down what you feel about this and do not post hate comments. Who else was not added?