Stan Kroenke is still not well-liked by Arsenal fans. Following the controversial European Super League plans earlier this year, the American billionaire faced protests against his ownership of the club. And the vast majority of his fans continue to beg him to sell up and pass the torch to someone else. 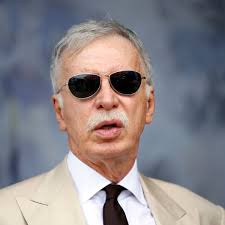 However, Kroenke has put his money where his mouth is so far this summer, with the Gunners spending more than any other Premier League team in the transfer window.

The 74-year-old is clearly aware that unless Mikel Arteta's side starts challenging for major honours soon, things could get very ugly very quickly.

And he'll be hoping for a quick turnaround on the pitch after a 2-0 loss to newly-promoted Brentford on the first day of the season. 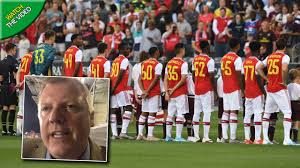 Arsenal will play London rivals Chelsea at the Emirates Stadium on Sunday with a full house for the first time since before the pandemic.

And Kroenke took advantage of the opportunity to communicate with fans in a unique way by including a message in the pre-match programme.

While he mentioned the new additions, it was surprising to see Kroenke single out Swiss midfielder Granit Xhaka for praise, praising the "stability and balance" he brings to the team. 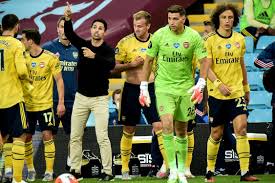 The 28-year-old was widely expected to leave this summer, and was heavily linked with a move to Roma before the deal fell through at the last minute.

However, he has decided to stay and is expected to sign a new contract, much to the chagrin of some supporters, many of whom have had a rocky relationship with the frequently-controversial figure.

"We know there is much work to get back to where we need to be," Kroenke wrote in his notes, "but we are confident about what this great club and our people can achieve."

Xhaka is expected to start alongside Lokonga against Chelsea, looking to make a statement and prove that the club was right to keep him.

Following the clash with the Blues, Arsenal face a trip to Manchester City the following weekend, following a Carabao Cup second-round tie against West Brom on Tuesday.

And unless things improve quickly, the pressure on both Arteta and Kroenke may begin to mount.