By SportzMedia (self media writer) | 11 months ago

Raw kicked off with the Tribal Chief and the New Day. Reigns from SmackDown made an appearance on Raw to kick off the show along with his cousins in a tag match against the WWE Champion and the New Day.

Reigns scored a pinfall on Kofi Kingston after Bobby Lashley created a distraction. Lashley, in the middle of the match, hit Big E with a spear and threw Kofi back to the ring where Reigns was waiting to unleash the spear for the win.

The referee, surprisingly didn't call for the bell when all those comotions were happening. After the match, Lashley hit Roman with a spear and sent Big E flying through the ring barricade. Later on, both Big E and Lashley confronted the officials, demanding for a triple threat match which was later made official to be a main event match.

The match seemed to be won over after Big E hit Reigns with a Big ending but Lashley came to break things up by driving Big E through the commentary table. Reigns countered Lashley's spear with a superman punch for a near fall. Big E saved the match after Lashley hit Reigns with a spear.

Big E again, delivered a Big ending to Reigns before Lashley dismantled him with a steel chair (totally legal in a Triple threat match) and turned to receive a spear from Reigns for the pinfall victory.

Analysis: Reigns fought two matches in one show and won both of them. Reigns also faced Big E twice in the same night which may later create a rivary against these two. 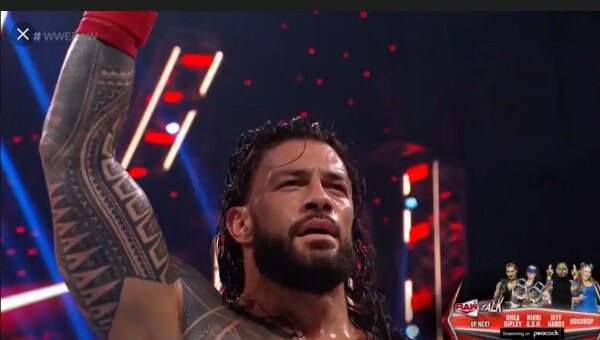 What Else Happened On Raw?

Randy Orton def. AJ Styles via pinfall - Osmos was banned from ringside after grabbing Orton who hit an R.K.O. on Styles. Riddle was attacked by Osmos before leaving ringside.

Charlotte Flair appeared on Alexa Bliss' playground before the two women brawled - Bliss asked Charlotte who she would be without Championship. The pissed women champion ripped off the doll that was given to her last week before Alexa retaliated and the two brawled. 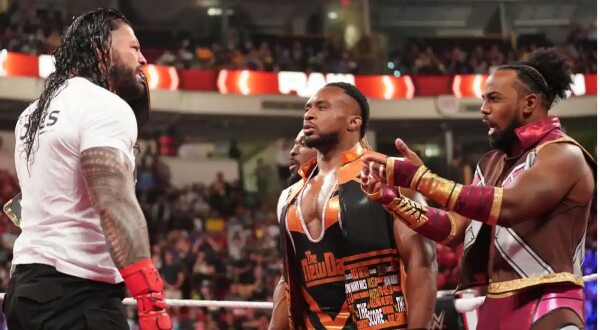