By ahmedon (self meida writer) | 16 days

The Undertaker will always be considered one of the best in-ring workers of all time, and his move set has many iconic moves that have influenced wrestlers from multiple generations.

While The Undertaker predominantly used the Tombstone Piledriver as his finisher throughout his career, the Last Ride was also one of his signature moves. The Phenom even used the Last Ride to end matches during his run as The American Badass 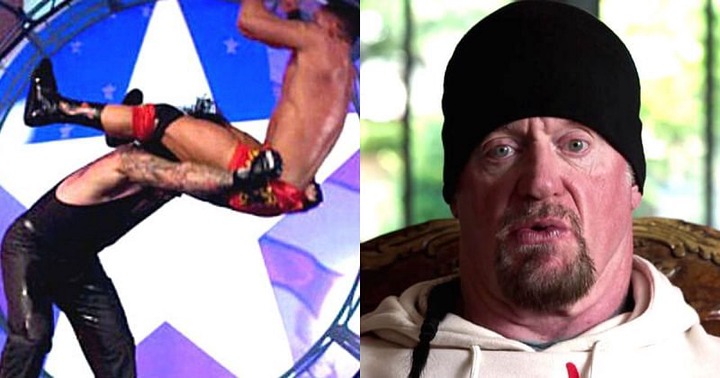 During the latest edition of 'Ask Kurt Anything,' Kurt Angle revealed that he hated being on the receiving end of The Undertaker's Last Ride.

Angle noted that the competitor who was taking the move would often be eight feet in the air before the moment of impact. The Undertaker being seven feet tall helped him get tremendous amounts of elevation for the Last Ride.

"The Last Ride by The Undertaker. I mean, you talk about wanting to crap your pants when you hit the mat. It's a very forceful move, and you're going, you know, he is seven feet tall, so when he puts his hands up, you are eight feet in the air before he powerbombs you for the Last Ride. You are, you know, your tongue ends up falling through your a** (laughs). It's a brutal move. It knocks the wind out of you," said Angle.

While the Last Ride may seem like a regular powerbomb, The Undertaker's move has a slight variation in which The Phenom adds some extra lift before dropping his opponents onto the mat.

Fans might never see another Last Ride in a WWE ring again as The Undertaker officially retired at last year's Survivor Series pay-per-view.

As of this writing, The Undertaker seems content with his life after 30+ years as a professional wrestler, but he is looking for avenues outside the squared circle.

Top Ten Premier League Records That May Not Be Broken

Wherever You Are This Sunday Afternoon, Declare These Prayers For Total Breakthrough And Testimonies