South American players who could miss the EPL game this weekend because of the international break. 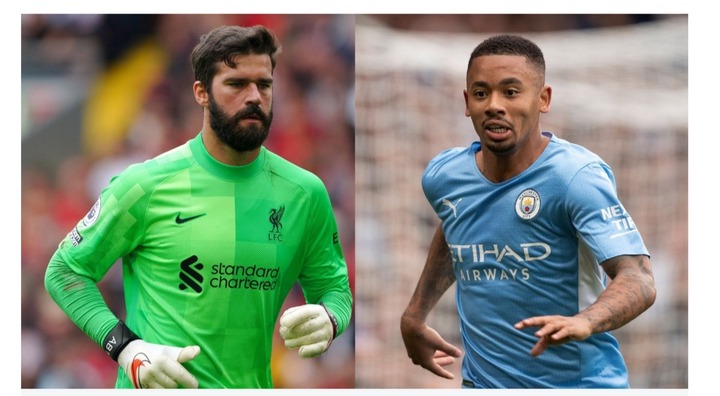 Although the UK government's quarantine rules were recently relaxed to allow players to play when they return from Red List countries, several South American teams are playing their qualifiers too early before the Premier League return on Saturday. And after Brazil and Argentina say they will not allow their Premier League players to return early, up to nine Premier League clubs could be affected.

Brazil for their clash against Uruguay at 1.30am Friday morning UK time Fabinho and AlissonLiverpool boss Jurgen Klopp said last month Obviously no one has thought of that yet the schedule and that's a Liverpool problem, not a problem for anyone else, so much the better for Watford. I don't know how you can do these things and nobody reacts on the schedule. Manchester City also have two players in the Brazil squad, Gabriel Jesus and Ederson, and play at home to Burnley after the start of their national team in Manaus.

Tottenham, which goes to Newcastle on Super Sunday at 4.30 pm, live on Sky Sports, has Emerson Royal in the Brazil squad, both Cristian Romero and Giovani Lo Celso in the Argentina squad to face Peru at the 12.30 am on Friday morning UK time and Davison Sánchez on the Colombia team against Ecuador, although it starts at 10pm. Thursday UK time. Man Utds Fred (Brazil) and Edinson Cavani (Uruguay) have just 37.5 hours between their games and the Premier League clash in Leicester at 3pm.

On Saturday, Aston Villa will feature Douglas Luiz (Brazil) and Emi Martínez (Argentina) with the participation of their countries before the start of 3:00 p.m. against Wolves on Saturday, while Evertons Yerry Mina (Colombia), Newcastles Miguel Almiron (Paraguay), Chelseas Thiago Silva (Brazil) and Leeds Raphinha (Brazil) may also be affected.

Any gap of less than 40 hours is sure to be too small for teams playing on Saturday, but Tottenham, Newcastle and Everton could make their players available for their Sunday games.