There's something you can do when you have two strikers, play them both together. A quick flashback to the Super Eagles 1-0 win over Benin Republic shows this is possible. 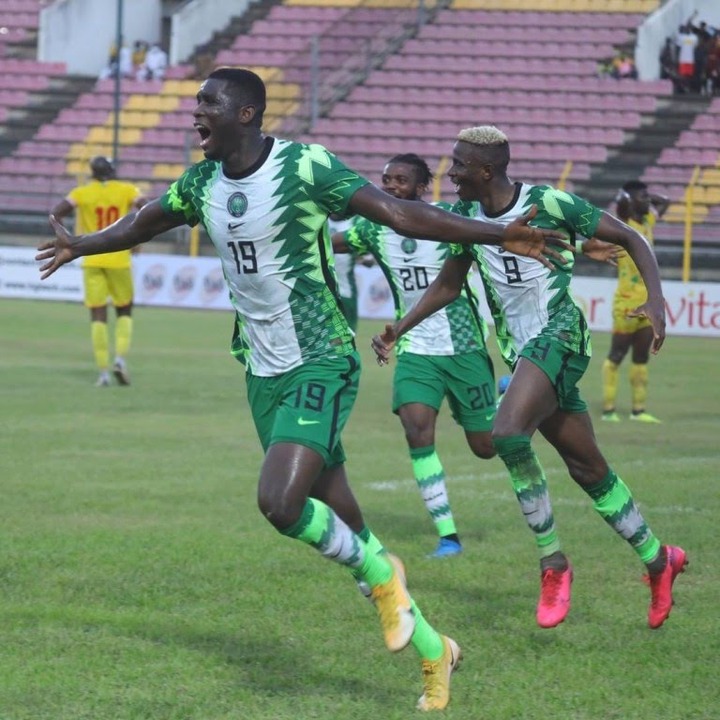 For the final embers in Port Novo, Gernot Rohr introduced Paul Onuachu to play alongside Victor Osimhen and shift to a two-striker system.

For Super Eagles, such a method is largely unfamiliar - it's unfamiliar for most sides in an era dominated by single-striker systems such as 4-2-3-1 and 4-3-3. 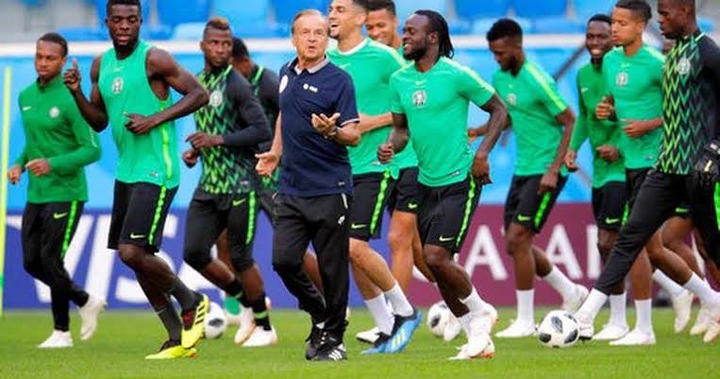 At the moment, the coach is spoiled for choices upfront as the form of Osimhen and Onuachu doesn't give him the choice to bench anyone of them. This season, Osimhen has scored six goals in all competitions for the Italian side while Onuachu has 11 to his credit. When your strikers are netting abroad, it gives every national team coach joy on one angle and headache in another aspect.

A two-striker system will never be Plan A for Super Eagles and Rohr. That's just not the way the Nigerian do it, and going into the Qualifiers, a 4-3-3 with Alex Iwobi and the in-form Moses Simon either side of Osimhen in attack looks the most likely setup. As ever, though, the concern around Nigeria ahead of CAR tests is the way their dominance in general play doesn't always translate to plenty goals on the scoreboard. Super Eagles can often lack end product despite their technical brilliance and it's why a Plan B featuring two strikers needs to be developed. 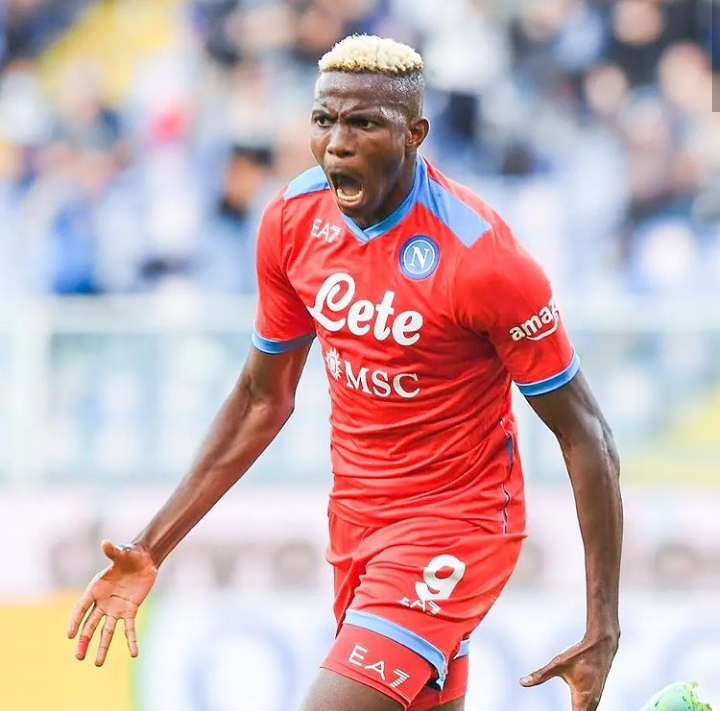 It's a method that can significantly alter the dynamic of a game, and that could be particularly important for Nigeria in second halves against CAR.

A striker's instincts are different from those of a midfielder, and whereas one of Osimhen's central conductors might be to retain possession, Onuachu's instincts in straight line toward goal should help.

This is the sort of thing Super Eagles can use when teams are having success against them while sitting deep. 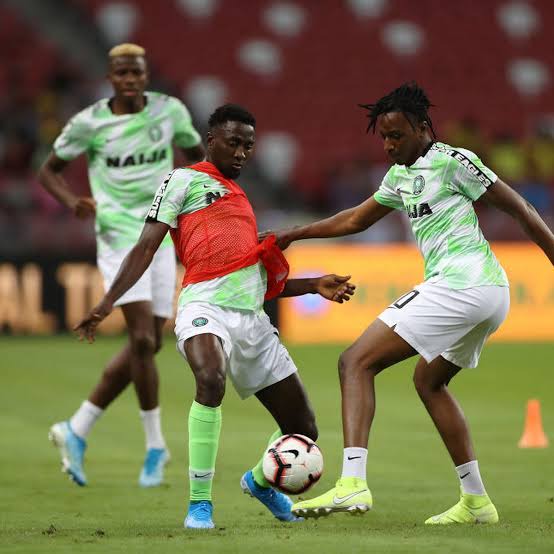 Switching from a midfielder-heavy 4-3-3 to a two-striker system changes their opponents' task, and the next two games is a perfect opportunity to experiment with different versions of a two-striker setup.

When Rohr temporarily split from his usual method and used Kelechi Iheanacho and Osimhen together against Liberia, the two forwards operated ahead of a midfield diamond, and that's one of the shapes Nigeria could trial. 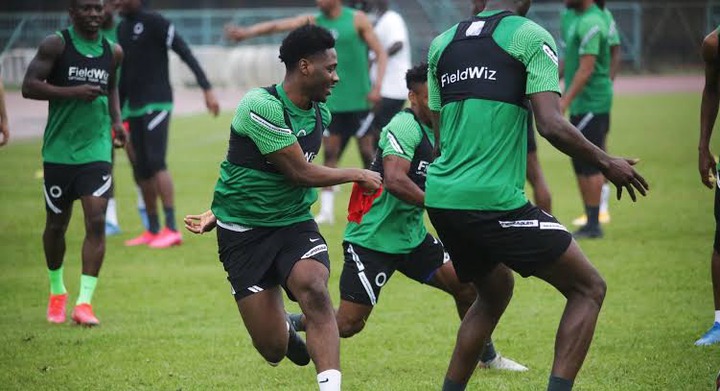 In such a system, Wilfred Ndidi would anchor the midfield and Iheanacho would play behind the two strikers. Simon would almost certainly take the left-sided role, while any of Ahmed Musa, Alex Iwobi or Henry Onyekuru could fill the right-sided berth.

The typical concern with such a shape is that it can be very narrow, but the control such a midfield would offer would allow the full-backs to bomb forward to supply the width—and few full-backs are better at doing that than our senior team.

Indeed, in Ola Aina and Jamilu Collins, Zaidu Sanusi is probably first choice at left-back ahead of Collins, but the Paderborn man is an intriguing proposition here - Rohr has a pair of wide defenders with searing pace, strong dribbling skills and aggressive mindsets. 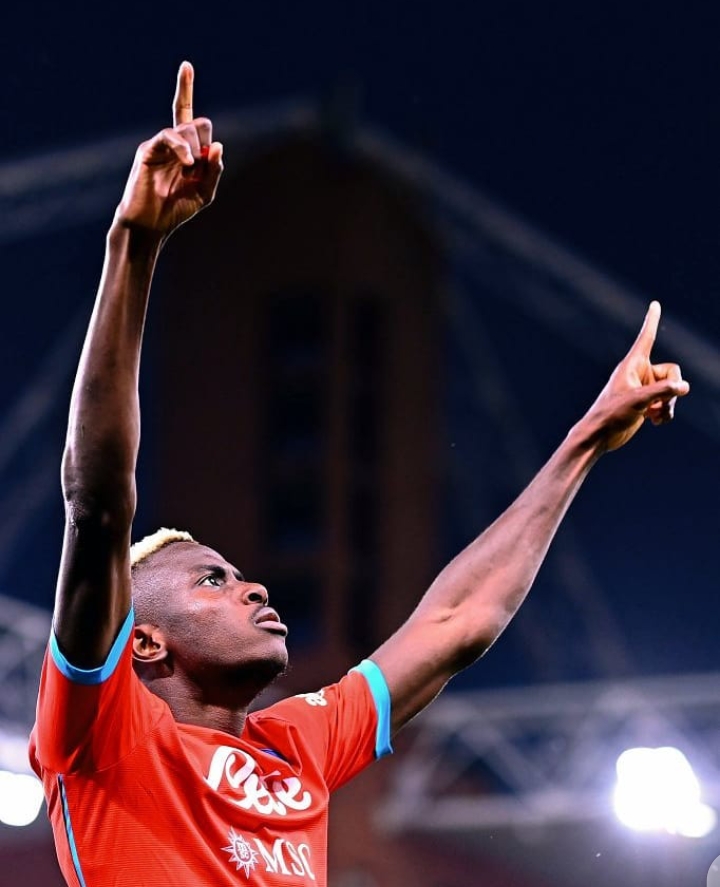 Both are also excellent at penetrating opposing back fours with darting runs from wide areas, and in the presence of both Osimhen and Onuachu, they would have multiple options to target with drilled crosses and pull-backs. 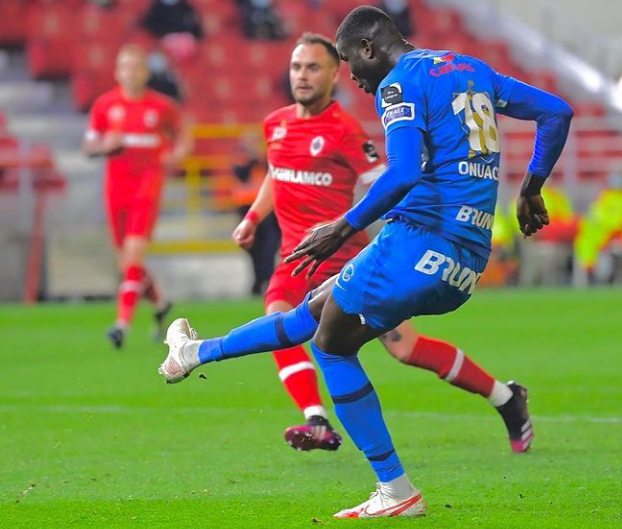 Add that to a midfield capable of threading passing sequences through even the tightest of defences, and you have a potentially potent mix.

One of the striking aspects of Rohr's use of Onuachu and Osimhen together in the second half against Benin Republic was that it came without a plethora of midfielders to maintain control. 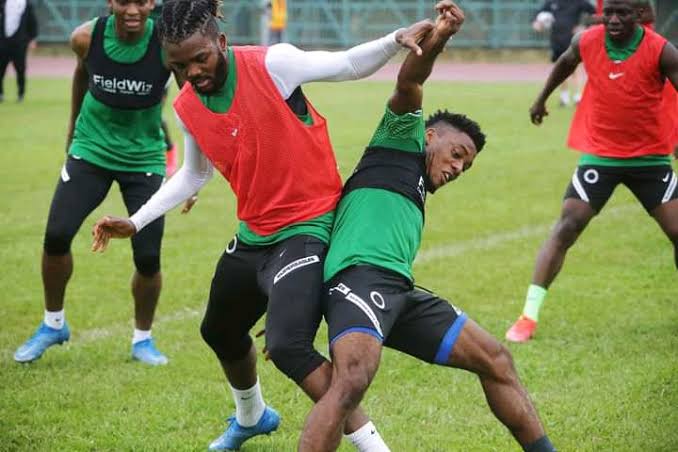 Behind the two forwards, the technically excellent Ndidi and Aribo were positioned centrally, but either side of that pair were Samuel Chukwueze and Anayo Iwuala - genuine wingers.

It saw Nigeria finish the contest playing with an attack-minded 4-4-2.

It's unlikely that we'll see a lot of this from the three-time African champions given that it compromises their ability to control possession, but it's also an interesting variation to have available. 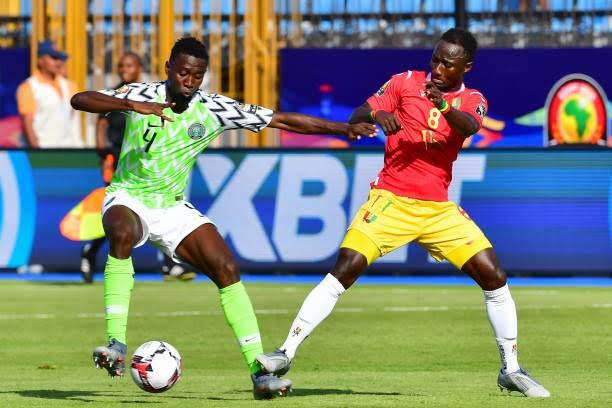 The use of such a system would result in a more open and frenetic affair, which is not Eagles' preference, but it would see Nigeria pose a different sort of threat, one that opponents wouldn't be as prepared for.

Against CAR, this is the sort of option worth trialling, as the existence of a genuine Plan B will be critical for the West African side.