The outbreak of the pandemic forced a halt in the English premier league in March. The last game that was played in the league was on March 07/08 2020 ( Game week 29).

It took over 90 days for the league to restart and we are now in Game week 37.

Since the restart, we have seen teams improve remarkably, some drop form while others remain the same.

This prompted me to carefully calculate the points of each premier league team since the restart of football.

See the table below that shows the EPL table since football's restart. 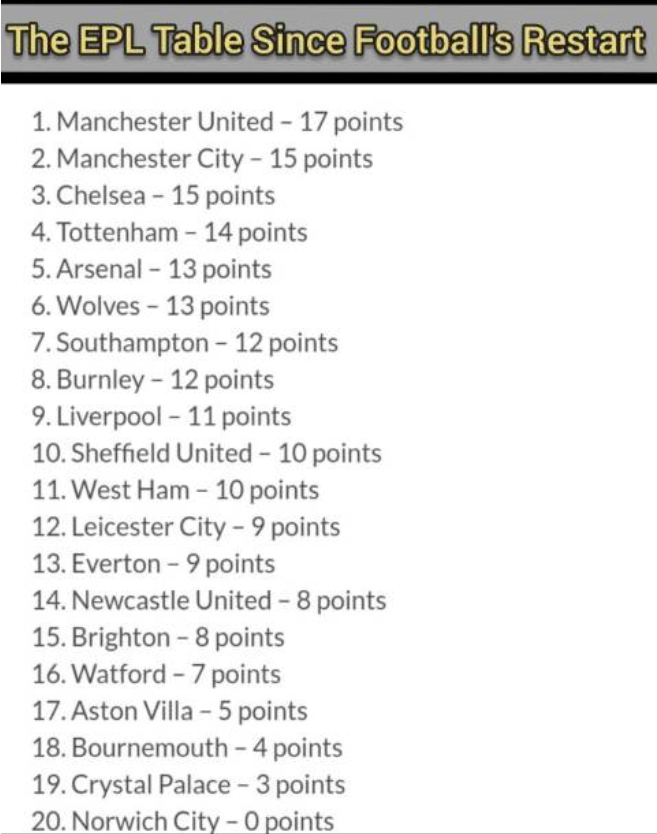 As can be seen in the image above, if we analyze the English Premier League since the restart, Manchester United would be on top of the league. The Red Devils have played 7 games, winning 5 and drawing 2 so far. They have been incredible. 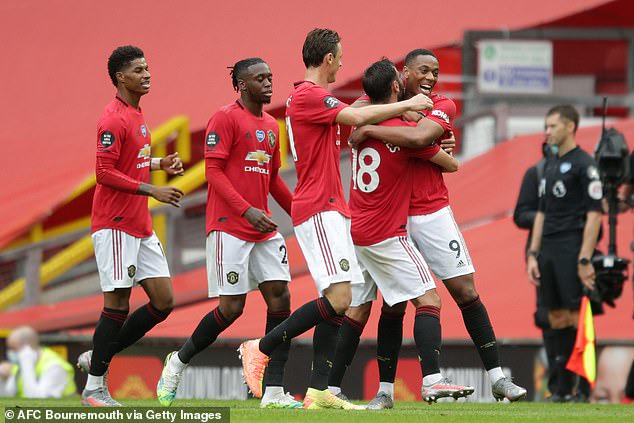 Manchester City would have been 2nd in the league while Chelsea would be 3rd. Both teams have gotten 15 points since the restart but Pep Guardiola's side has a better goal difference. 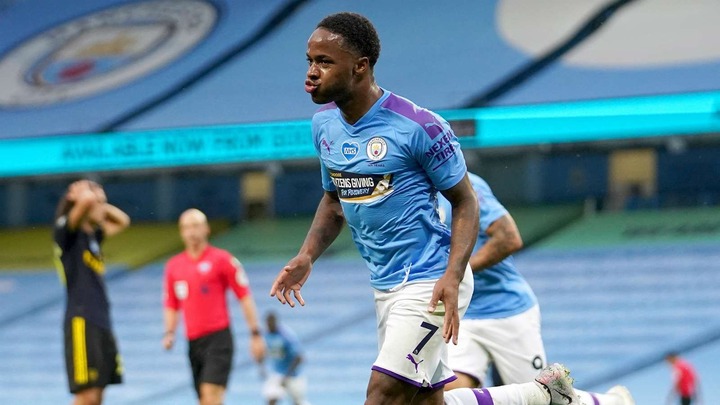 Surprisedly, Jose Mourhino's Tottenham would have made the top 4 despite facing strong criticism from Pundits. The former Manchester United manager has done well in London since taking over the job from Pochettino. Leicester City has dropped form since June. The foxes have picked just 9 points in 7 games.

Norwich hasn't earned any point since the restart while Crystal place would be 19th in the standing.