Chelsea’s defensive strength signifies they need NO ONE 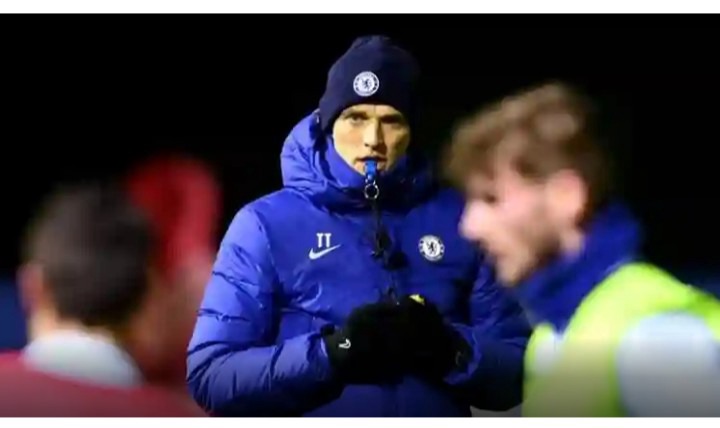 Thomas Tuchel has brought a defensive resolution for the London Blues as at the time Chelsea have just conceded 2 goals in 13 matches over a span of almost 2 months. A change in starting XI from the first game and Chelsea have now turned into a wall that seems impossible to breach. This has massively helped Chelsea and now this puts the Blues in the final 8 of the Champions League and a strong contender of top 4 in the Premier League.

But with the season approaching the end, planning about the next season has started and so have the rumors. Various news outlets have mentioned that London is waiting for new acquisitions at the center back positions and thus have prepared a long list of the same. But does Chelsea really need to invest in this position?

Currently, Chelsea under Tuchel plays with 3 CBs with Cesar Azpilicueta converting into a reliable right center back with other specialized center backs taking the rest two roles. Chelsea at this time has 4 specialized center backs in form of Thiago Silva, Antonio Rudiger, Andreas Christensen and Kurt Zouma. Thiago Silva’s contract extension for one year is now a matter of days and also this has also been confirmed by the most reliable source Fabrizio Romano. So a leader alongside Azpi is certain until 2022. 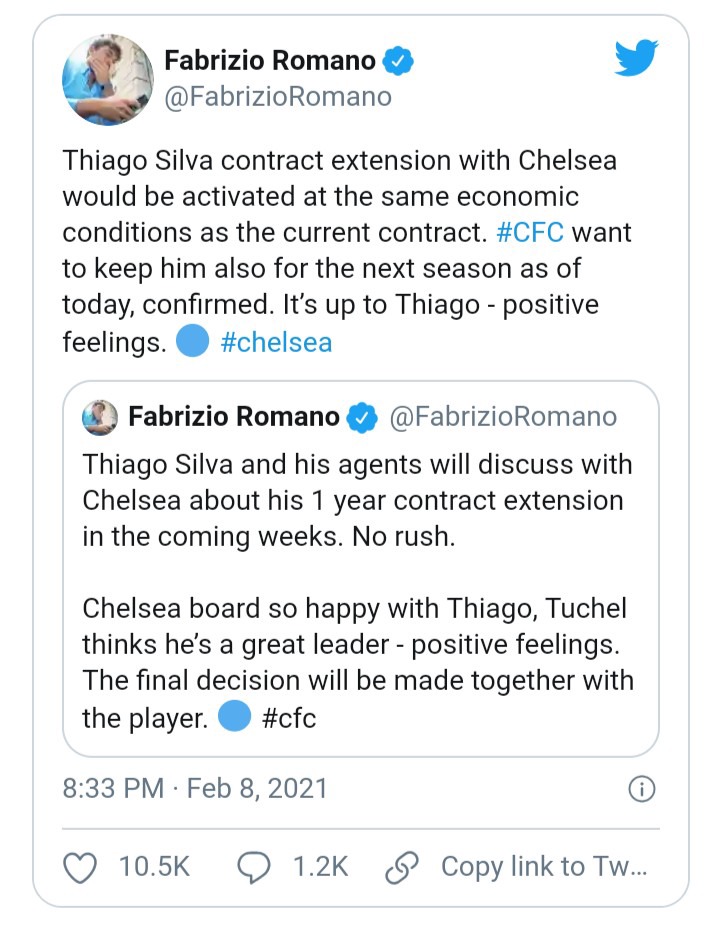 The arrival of Tuchel has revamped the careers of Andreas Christensen and Toni Rudiger. Thiago Silva’s injury forced Tuchel to start Andreas Christensen and that has been a blessing in disguise as the Danish center back has shown his best ever form at Chelsea and is proving why the likes of John Terry rate him so high. Alongside Azpilicueta, Antonio Rudigerhas been the regular starter occupying the left side of the back 3 and being as solid as a rock. Also, contract renewal talks have been initiated with both Christensen and Rudiger, this will ensure safety to both the club and players over their future.

Kurt Zouma was the best center back under Frank Lampard but did fall in the pecking order since the new formation was put in. Still the Frenchman has been a solid cover and has given his best whenever Tuchel did rely on him.

With so much quality and experience already on the cards, the only thing to bother about the current situation is that many of these have passed their prime or are in their prime and the club will need to look at the future of the defensive line.

Chelsea definitely has been the most known club when it comes to loaning players and developing them. With the issue of lack of young center-half option pondering over the first team, the club will definitely look at their pool of loan players and academy youngsters.

Malang Sarr was part of the long list of summer acquisitions by Chelsea in the last year’s transfer window. He signed as a free agent and was sent on loan to FC Porto where he is shining and he himself described the loan move as the ‘perfect solution’ before making a cut into Chelsea’s first team. He has been a great option whenever Porto has shifted to a back 3 and has proven his mettle against giants like Man City and Juventus at the European level. Being just 22, he has time to improve and can be a great cover option for Rudiger at the left side of back 3 for next season or two and then hopefully hold on as a starter for the future.

Marc Guehi is a name that has been one of the most impressive players in the Championship this season. The Englishman is on loan to Swansea City from Chelsea and is one of the reasons for Swansea’s great show in the English 2nd Tier this season. Many consider him the best replacement to the veteran, Thiago Silva and at the young age of 20, he definitely has the potential and skill set to try to be the best from the academy for Chelsea.

Ethan Ampadu has been one of the names that many have forgotten but the potential the young man from Wales showed under Sarri can definitely not be ignored. His loan spells at Leipzig and Sheffield United aren’t convincing enough but the young man has put in a few very decent performances and his inconsistency can be blamed on the fact that he has not been under the best of support from the team. His chances of making a cut into Chelsea cannot be ruled out completely. Tuchel has brought out the best from then out-of-favor Christensen and thus the pre-season under the new management after the season will be very crucial for Ampadu who could be a great option in back 3 where he has performed well.

Fikayo Tomori’s situation at Milan at the end of the season will be a very interesting one to look at as the buy-out clause could turn on things very differently at London. Many believe if the clause will be triggered, it could be a mistake as big as Salah and De-Bruyne by Chelsea. But the hefty price tag will for sure make the Milan side think twice before making any decision.

Xavier Mbuyamba, termed as the ‘next Van Djik’, made a move to London after his exit from La Masia. But the youngster has been forced out due to multiple injuries but being just 19, he has a lot of time to get back to his stride and thrive under the London Blues. Chelsea has trusted him to be one of the best in the future and with the support of team management, we could see him prove the potential set under his name.

SOLUTION FOR NEXT WINDOW?

Chelsea’s solution for defense will all depend on how Fikayo Tomori’s situation and Antonio Rudiger’s contract works. If Tomori and Rudiger both decide not to stay back at Chelsea, then only Chelsea must go for the signature of a big name. If the situation falls for at least one to stay, then Chelsea must look for the options in their own camp where the likes of Guehi and Sarr could be ready to start options. The Chelsea squad has enough depth to manage the current situation. However, if the new gaffer wants some new acquisitions, the club will try their best to get him one but that could be unfair to few current options and thus the talent would look to make a switch somewhere else.

The youngsters could definitely help Chelsea save spending millions but the fact that the new signing will provide an instant impact cannot be denied. So a decision to be patient or to go aggressive in the window will decide the fate of many at Chelsea.

5 main reasons why you should fight for success

Between Lizzo, Dorathy And Tiwa Savage, Who Is Hotter?

Check Out Photos Of Charlotte And Andrade Serving Us Couple Goals

3 Signs your ex is over you after breaking up