Arsenal is currently in the worst shape ever. After loosing their last two matches, they will now have to worry facing Southampton without seven players. They are currently the premier league club with the most injured players. 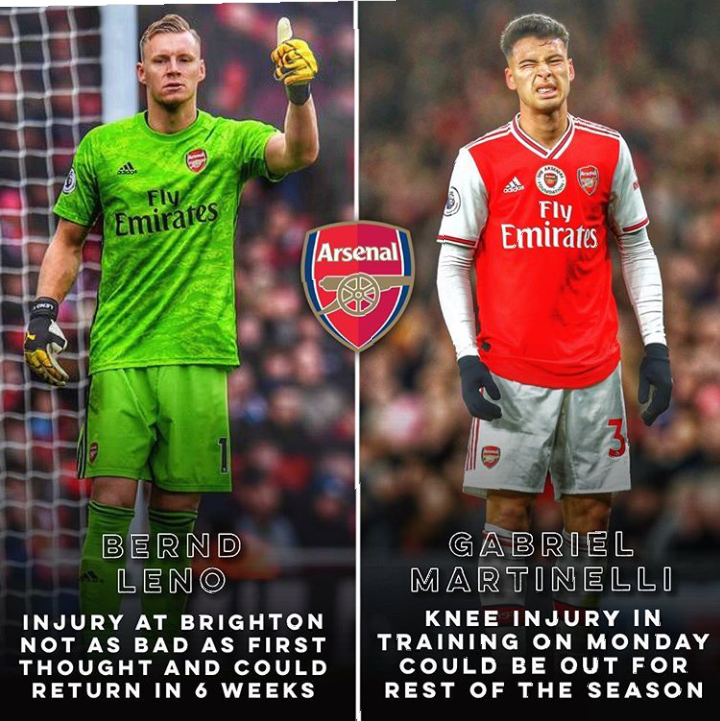 Arsenal have suffered two injuries of their star players since the premier league restart. Gabriel Martinelli suffered a knee injury on Monday, could be out for the rest of the season. Bernd Leno's Injury not as bad as first thought and could return in 6 weeks. 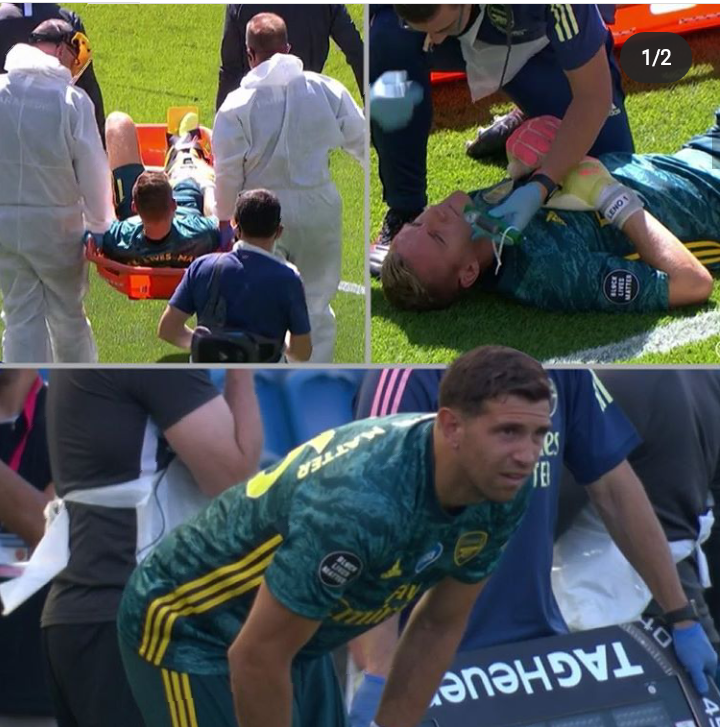 An awkward landing from Leno as he retrieves the ball from the air, Maupay clattering into him didn't help and pretty much caused the injury. He was stretched off. Martinez would likely start against Southampton tomorrow. 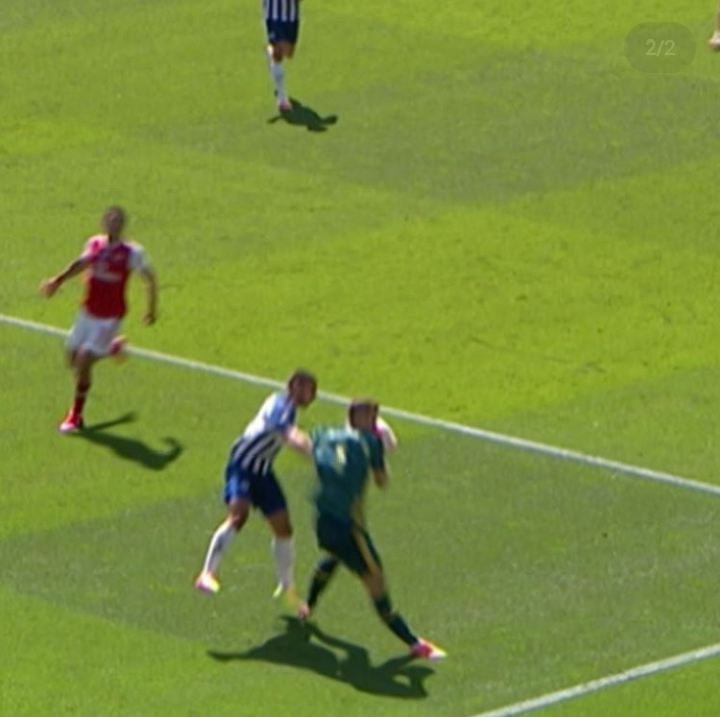 Geundozi avoided FA Ban for choking Maupay, he blamed Maupay for Leno's Injury and the referee didn't see him choke Maupay, Var reviewed it and so he won't face further charges according to FA. 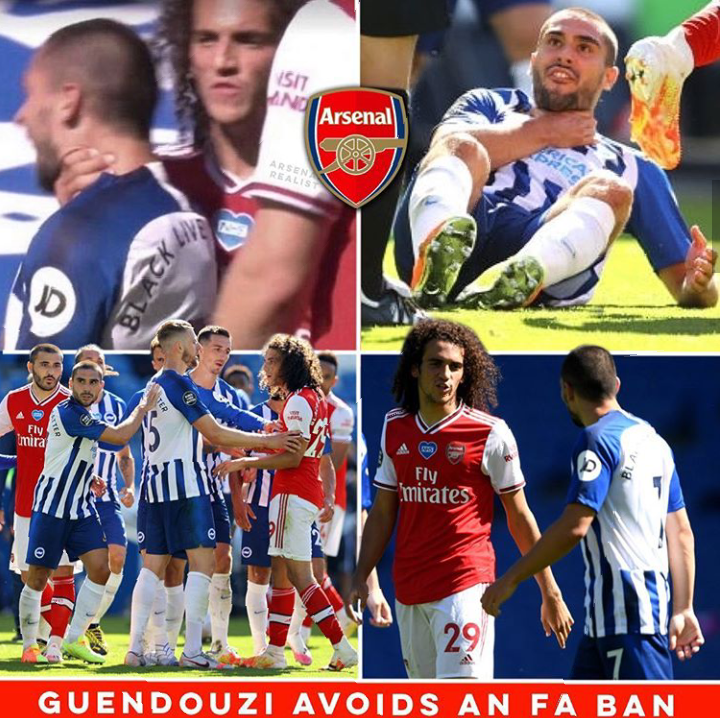 David luiz would serve his second match ban for being booked with red card against Manchester city. He is the only player on suspension. 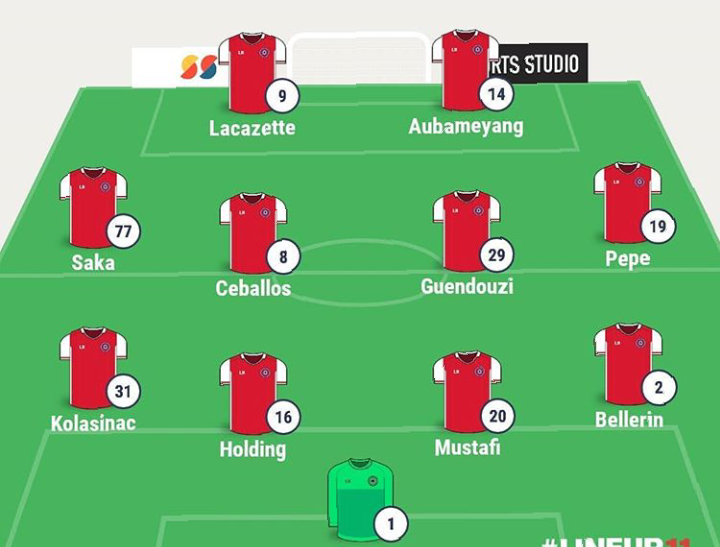 Arsenal would lineup will Martinez at the goal post. There would be a back four line for Arsenal, they would lineup Saed Kolasinac, Rob Holding, Mustafi and Hector Bellerin. At the midfield, they will line up buyako saka, Dani Ceballos, Geundouzi and Nicolas Pepe. The striking duo f the team would be Pierre Emerick Aubameyang and Alexandre Lacazette.