Barcelona might now feel like they made a wring decision when they sacked Ernesto Valverde. The truth is that there is no coach that have done better than Valverde since he was sacked. Quique setien failed as Barcelona manager and Ronald Koeman lost his First El clasico Game against Real Madrid. 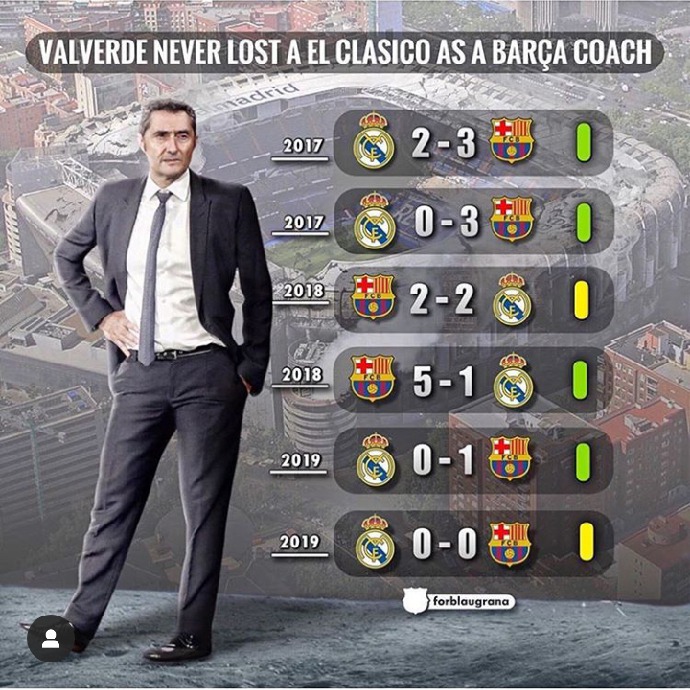 Ernesto Valverde managed six el Clasico games as Barcelona manager, he won four games and draw two games. In 2018, Barcelona thrashed real Madrid 5-1 at Camp nou, which happens to be one of Barcelona's Biggest victory over their Arch rivals.

There is no doubt that Ernesto Valverde never did well in UEFA Champions league, after Barcelona exits against Roma and Liverpool. This was partly the reason why he was sacked, but Barcelona officials would admit that they might have been in a hurry to relieve the manager of his duties. If Ernesto Valverde continued as Barcelona's manager, they could have been on top of La liga table this season.