After a brief stint in OVW, CM Punk made his debut in WWE ECW in mid-2006. He remained a mainstay in WWE for the next 8 years or so and became possibly the most entertaining Superstar of his era. Punk rose up the ranks in mid-2011 when he delivered his iconic Pipebomb on John Cena and went on to defeat him at Money In The Bank 2011 to win the WWE title. Punk also engaged in feuds with the likes of Big Show, Rey Mysterio, and The Undertaker.

Recently, Punk revealed a list of WWE memorabilia that he still has saved. Punk responded to a fan's tweet and stated that he still has the two masks that were made for his stint as the leader of The Straight Edge Society. He also has the urn that he used to mock The Undertaker on the road to WrestleMania 29, plus a bunch of Slammy Awards. Punk then joked that the WWE title is still in his fridge. Check out his tweet below: 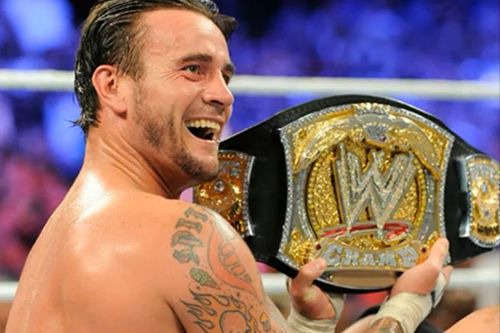 CM Punk has had quite a memorable career in WWE

CM Punk's stint with The Straight Edge Society saw him feuding with Rey Mysterio, with the latter defeating Punk at WrestleMania 26. Mysterio later went on to defeat Punk at Over The Limit, as a result of which Punk was shaved bald. Punk began wearing a mask soon after, to hide his baldness. Years later, Punk targeted The Undertaker on the road to WrestleMania 29 in 2013 and played a bunch of mind games with The Phenom. This included Punk stealing Paul Bearer's legendary urn.

CM Punk went on to lose to The Undertaker at The Show of Shows. As for the WWE title joke, Punk had posted a picture of the belt that was kept inside a fridge, soon after he won it from John Cena at Money In The Bank 2011.