By SPORTLIVE (self media writer) | 5 days ago 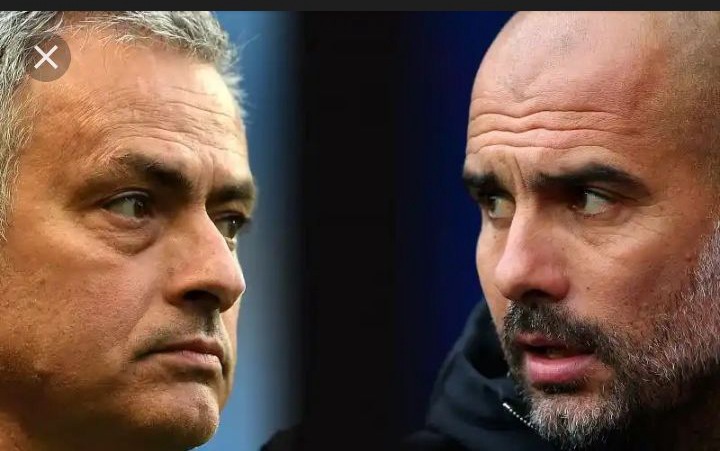 Speaking about rivalries in football, we often speak about clubs and players but one such rivalry among mangers is of Pep Guardiola and Jose Mourinho. Both are the revolutionaries in this modern era as both of them have led their sides to achieve astronomical feats in their years of managerial experience. Playing under both these managers is an exceptional and rare opportunity and some of the below-mentioned players have been lucky to feature for both of them. Among a pool of players, here are the top five players to have played under both Pep Guardiola and Jose Mourinho. 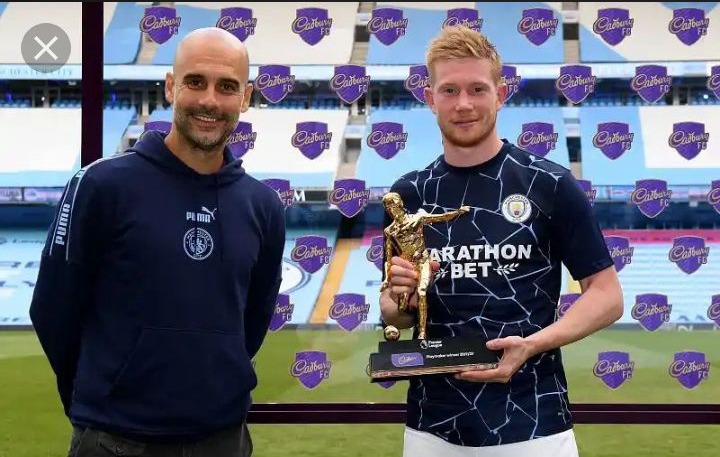 Forever the one that got away for Mourinho.

Every manager has made some questionable transfer decisions in their time, but allowing a young De Bruyne to leave Stamford Bridge in January 2014 ranks as one of his worst. The Belgian was sold to Bundesliga side Wolfsburg with only five Chelsea starts under his belt, and, following a spectacular year-and-a-half in Germany, he returned to the Premier League with Manchester City. During his first season at the Etihad, De Bruyne dazzled; since Guardiola’s arrival, he has become arguably the best midfielder in Europe. He has the weapons in his arsenal to dismantle any defence, featuring one of the most glorious passing ranges that the top flight has ever seen. 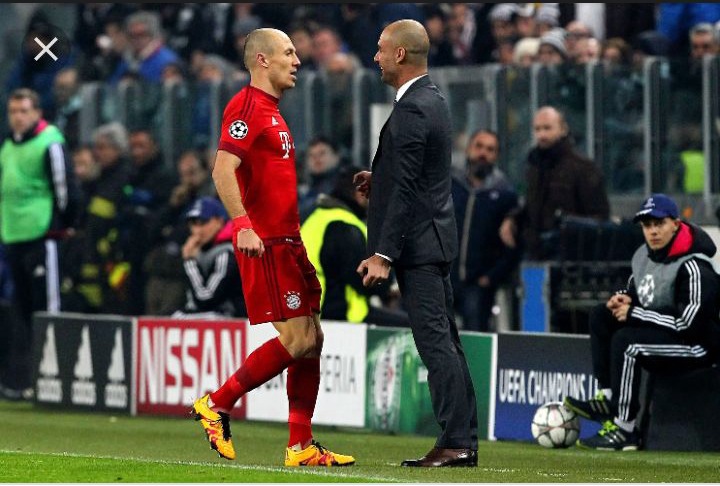 At Bayern, we played 90 minutes in the opposition half. I did not have to cover so much ground, I kept my position and made smaller efforts. In the last years, it was very good for me. And I learned so much. It was very enriching.” – “Most of Pep’s teams try to attack in a small space, and to defend in a bigger space. That’s the difficult part of football. People tend to think of Pep as just focusing on attacking, but I say it’s the opposite. He thinks more about defence. I’ve seen footage of Sergio Aguero running back, David Silva pressing, and I’m sure he’s changing that mentality and intensity at City.” “[Mourinho] is 100 per cent competitive and wants to win. He squeezes out what he doesn’t like to get what he wants.” – “[At Real] There were phases of the game when we were not dominant, but we were in control. For example, there was a feeling that every corner against us was a chance for us. When we countered… with Mesut, who seemed weak but could carry the ball 30 yards brutally, Cristiano ran up the opposite side knowing that he would get the ball at the end of the move.” 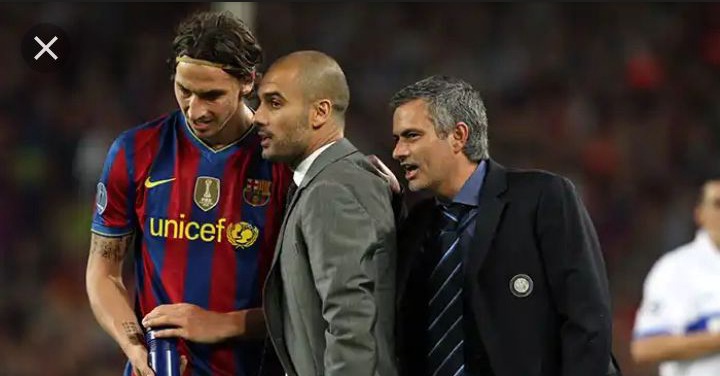 It's astounding to think that Inter parted company with £59m and Zlatan Ibrahimovic in order to secure the services of Samuel Eto'o. But that is exactly what happened back in 2009, in a move that saw Zlatan join Pep at the Nou Camp . The two failed to get on though, with Zlatan moving across the Milan divide after just one season. Their fractious relationship is detailed heavily in Zlatan's autobiography. A match made in heaven, Jose and Zlatan have enjoyed each others company at both Inter and Manchester United. The mercurial Swede suits Jose's style of play to a tee, and has enjoyed great success under Mourinho, winning the Serie A with Inter and Europa League at Old Trafford. 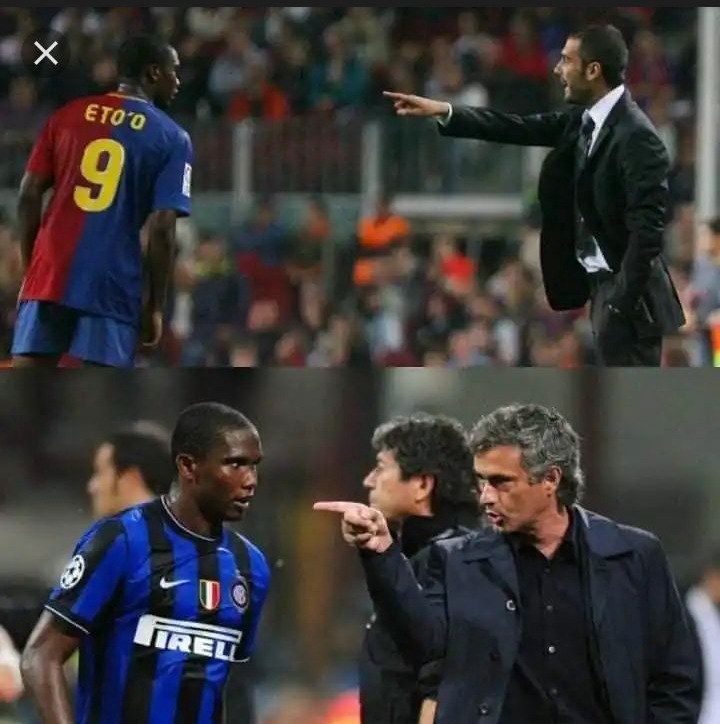 Eto had the best goal-scoring career at Barcelona where he scored a 108 goals in 145 games. In his period at Barcelona he worked with Pep Guardiola - though the pair fell out together which forced the Cameroonian to move to Jose Mourinho managed Inter Milan. The Cameroonian played under Jose Mourinho both at Inter Milan and at Chelsea. Eto enjoyed another amazing goal-scoring career at Inter Milan where he scored 33 goals in 67 matches.