No Nigerian Player in the Champions League Knockout Stage. See their terrible stats.

By Chisom_Mbonu_Ezeoke (self media writer) | 3 years ago 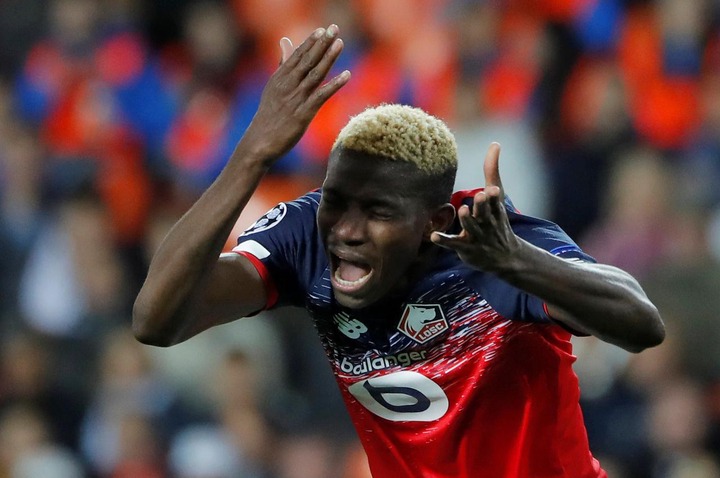 Sixteen clubs from Europe’s top 5 leagues have advanced to the knockout phase of the 2019/2020 UEFA Champions League and no Nigerian player will participate at that level.

Eight Nigerians played their part in the group stage, but some will now have to settle for UEFA’s tier-2 competition, the Europa League. 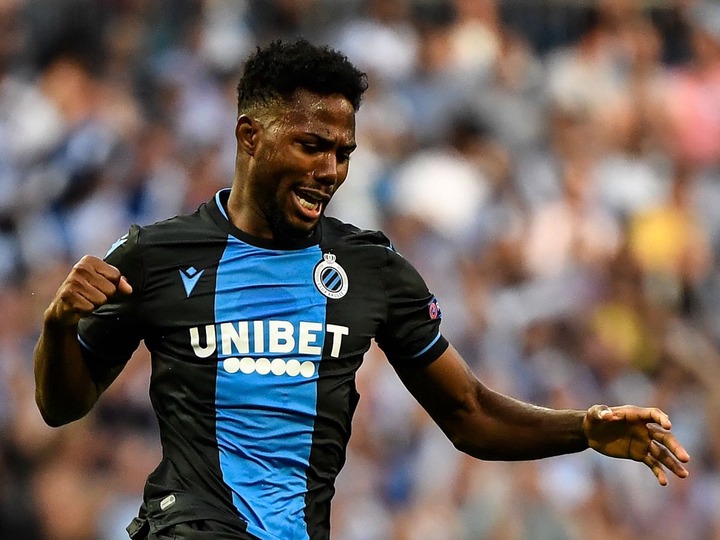 Dennis Bonaventure Emmanuel and David Okereke could not fire Club Brugge into the knockout phase and will now push for European glory in the Europa League. Bonaventure played in all six group games and scored two goals. Both goals will remain special to him as he got them against the competitions most successful team, Real Madrid. He also got an assist against the Spanish giants in the last group match, but his team was on the wrong side of a 3-1 scoreline.

His compatriot, David Okereke, played four matches and couldn’t find the back of the net.

Dinamo Zagreb could only give forward Iyayi Atiemwen seven minutes in the entire group stage. He came on as a 73rd-minute substitute against Manchester City on matchday 2 and didn’t impress enough to earn another bite at the cherry. He will not get a second chance this season as his team finished bottom of Group C.

The Russian side, Lokomotiv Moscow had a Champions League outing to forget. The team lost five of their six games and only spared their blushes with a matchday 1 victory away at Bayer Leverkusen.

Super Eagle, Brian Idowu spent 238 minutes, over four matches, on the pitch but couldn’t stop his club from conceding 11 goals. 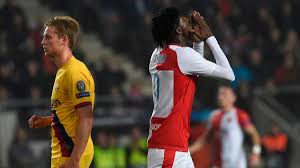 Peter Olayinka announced himself to a lot of Nigerians on matchday 1 with a 63rd-minute strike against Inter Milan. That would be his last goal in the competition for Sparta Praha. Olayinka was substituted in 85th minute in that 1-1 draw against Inter and would go on to play every single minute of the next five matches. His presence did nothing to stop Sparta from losing four and drawing one of those matches, to finish bottom of the group. To be fair, it was arguably the toughest group of the competition with Barcelona, Borussia Dortmund and Inter Milan.

Stephen Odey and Paul Onuachu suffered the same fate with Genk, failing to win a single match and propping the table in Group E. 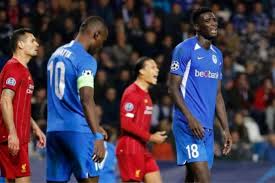 Onuachu played five of his team's six matches and was an unused substitute in the second match against Napoli. Unfortunately for the tall striker, he fired blanks in all games.

Stephen Odey made it to the bench for the first time against Liverpool on matchday 3. His team was 0-4 down at home, and he replaced his countryman, Onuachu in the 85th minute. It took only 3 minutes for the striker to score a consolation goal for his team and their home fans. He was an unused substitute in two more matches against Salzburg and Napoli.

The story wasn’t any better for Victor Osimhen as his team was also knocked out of Europe. Lille failed to win a single match and could only garner a measly point from a possible eighteen. Against Chelsea and Valencia, Osimhen scored two of his team’s four goals in the entire competition. He will continue to showcase his undeniable talent in the French Ligue 1.

All four English teams – Manchester City, Chelsea, Liverpool, and Tottenham– qualified for round 2 while Barcelona, Real Madrid, Valencia and Athletico Madrid will represent the Spanish League.

5-time Champions League winners, Bayern Munich, Borrusia Dortmund and RB Leipzig, will showcase the Bundesliga, as will Lyon and PSG for the French Ligue 1.

The surprise team of the group stage is Champions League debutants, Atalanta. The Italian Serie A side defeated Shakhtar Donetsk in the last group game to sneak into second place, behind Manchester City. They will represent Italy alongside Juventus and Napoli.

Content created and supplied by: Chisom_Mbonu_Ezeoke (via Opera News )