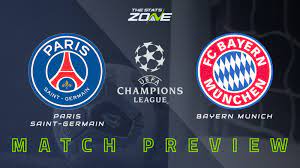 PSG hang on and advance to the semi-finals on the basis of away goals! Bayern did not go down without a fight, and late in the game they laid siege to Navas' goal, but they were unable to find the decisive blow.

In the Champions League, the two teams have played ten times, with PSG winning six and Bayern winning four. Prior to last season's final, they had met eight times in the group stages, with the home team winning all but one of those games. It'll be a different game this time, but PSG has the advantage in previous meetings.

If history is any indication, Bayern's chances are bleak, as only three of the last 50 teams to lose a home first leg in the Champions League knockout stages have recovered.

Nonetheless, PSG was one of those three teams in that famous match against Manchester United just two years ago.

Content created and supplied by: Kesh02 (via Opera News )