By AnnSports (self media writer) | 10 months ago

Last night, in the game between Leicester City and West Ham, we saw one of the worst tackles in the Premier league this year. The game was an intense one between two of the best second tier teams in the league and so it had a lot of dramas to it. West ham won the game 4-1, courtesy of goals from Fornal, Said Benrahma and Michail Antonio x2. Kelechi Iheanacho came on in the 81st minute but could not do anything as his side suffered a heavy loss. The main talking point of the game came in the 40th minute.

While trying to protect the ball from an on rushing Pablo Fornals, Leicester City's Ayoze Perez stamped on Fornals chin with full force. At first, nobody really think the tackle was heavy but after the VAR reviewed it, we saw how bad that tackle was. 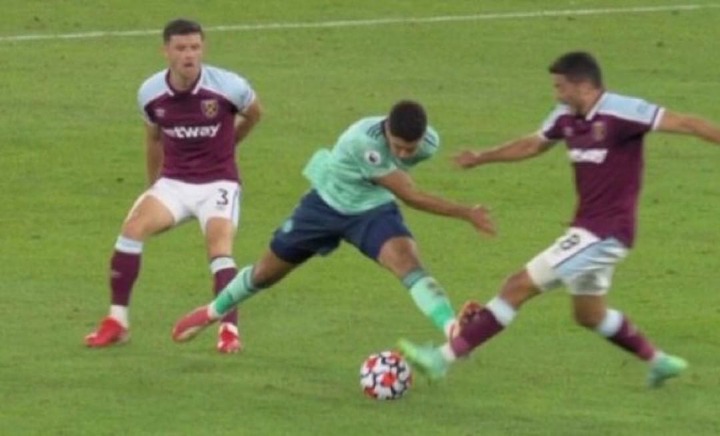 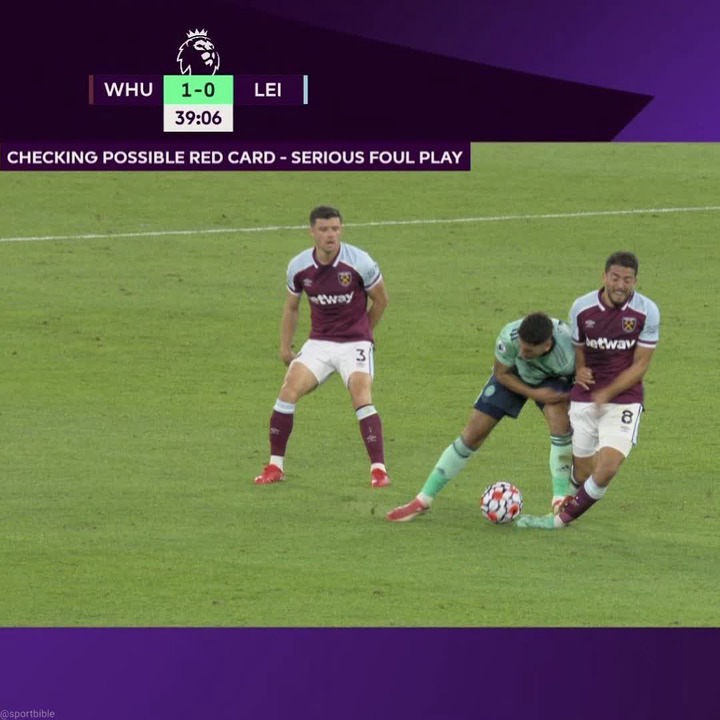 Fornals was lucky to have his leg on one piece because tackles like this can send a player into early retirement. In the past, we've seen football stars get tackled like this and then proceed to spend almost 1 year on the treatment table. Ayoze Perez tried to apologise but the damage was already done, he was subsequently sent off by the referee.

In the Premier league, a straight red card calls for a 3 man ban, if it's now rescinded by the FA after an appeal. But in this case, I don't think West Ham would even appeal the red card because the tackle was very, very bad. Now the question is, should Perez get the normal 3 game ban or should the sentence be longer? For me, I think the sentence should be a minimum of 5 games. 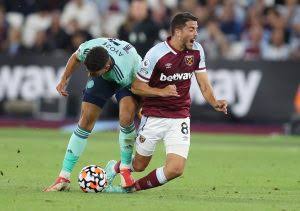 These days the type of tackle we see in the Premier league is very bad. Liverpool boss Jurgen Klopp complained of this over the weekend after his side were rough handled by Burnley. According to the German gaffer, the referees and the FA should do something about this because it's causing damage to players, which is true. Last season, Van Dijk spent the whole campaign out injured after he was heavily tackled by Pickford. Now Pickford did not get heavily cautioned for that incident which was clearly his fault. 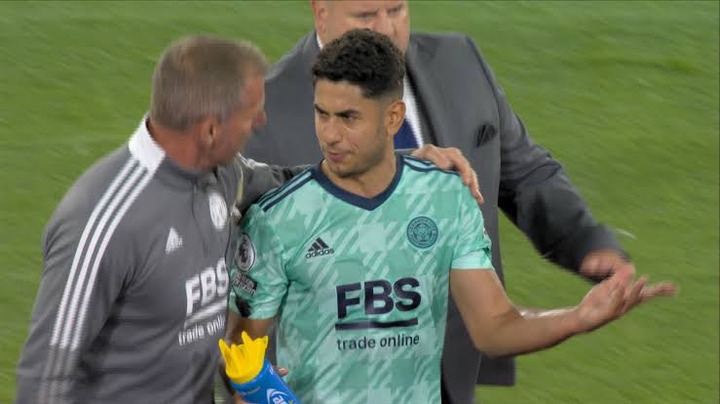 The tackle from Perez last night was the exact replica of the Pickford tackle on Van dijk, except that it was a stamp. The fact that Pablo Fornals still stood up and played the whole game does not mean that the tackle was not 'that bad'. A 5 game ban from the FA on Ayoze Perez would send a warning card to other players in the league. I will understand if a lot of fans said that it was not Perez's fault because Fornals was on his blind side but still, it's a career threatening tackle. Strick disciplinary measures should apply to horrific incidents like this and not just a '3 game ban with no fine'.

After all said and done, the decision lies on the FA's shoulders. 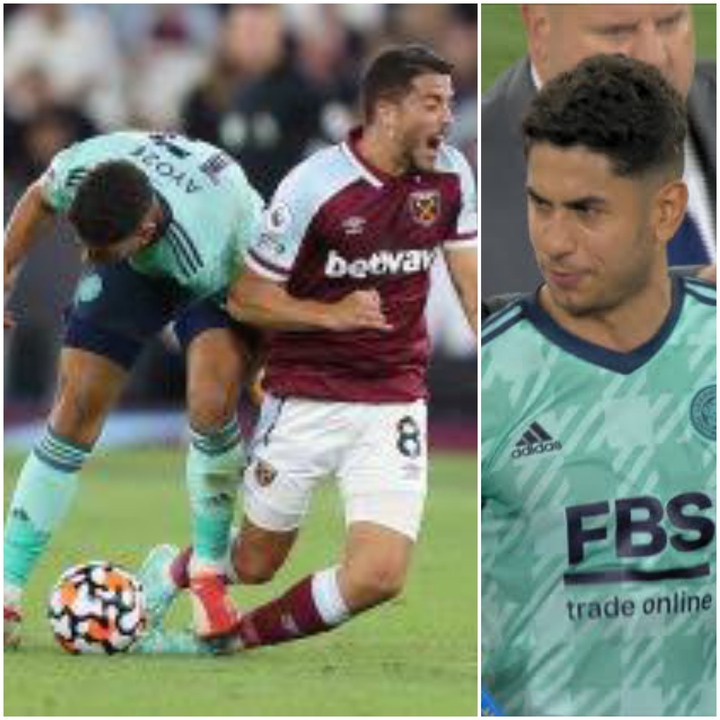