By Enduranceadamu1 (self meida writer) | 1 months 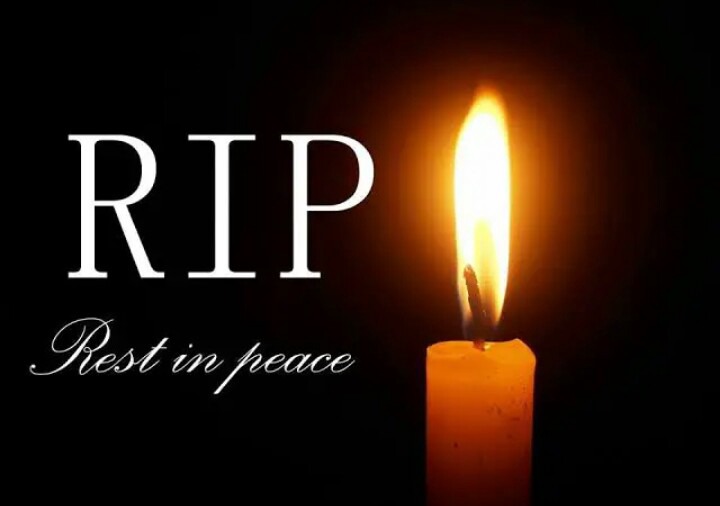 If we are to live life honestly and without fear, we have to also accept that death is ultimately inevitable. Maybe, if humans have the ability to detect or tell when this death will come knocking, just maybe, some people wouldn't have died, but the sad really about death is that, everyone will surely die someday, please let's live a life of love and peace with each other while we're still alive.

Liverpool football club has lost a legend, this information was announced by the club official twitter Handled. 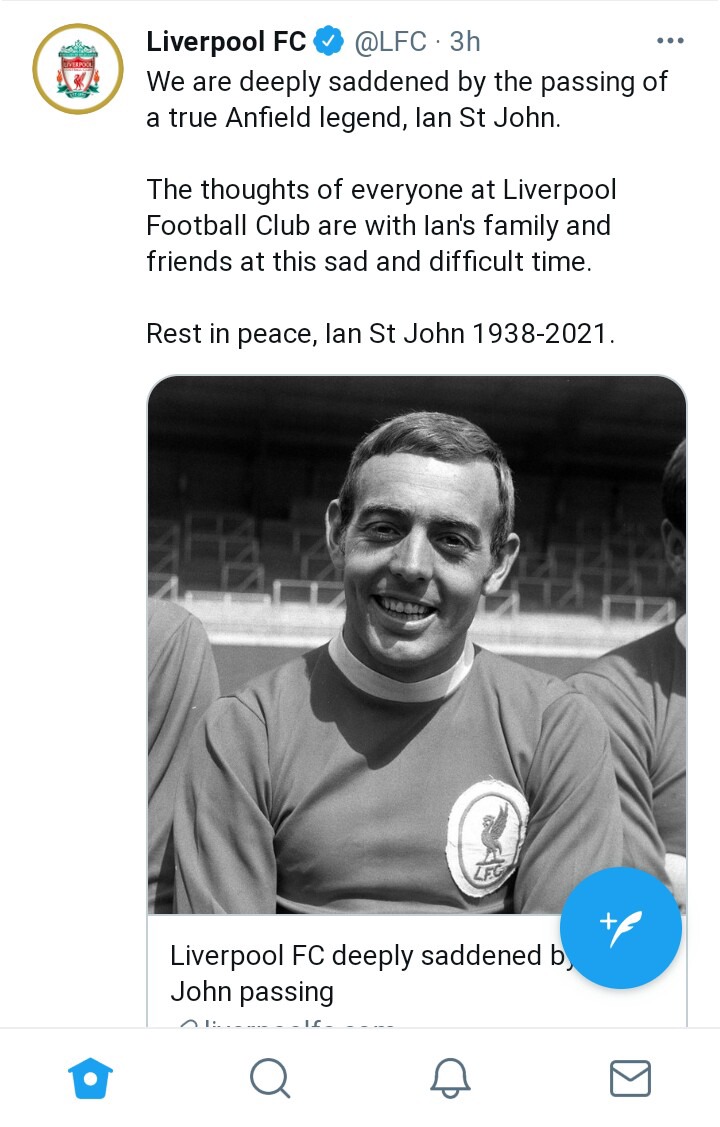 The post reads: We are deeply saddened by the passing of a true Anfield legend, Ian St John.

The thoughts of everyone at Liverpool Football Club are with Ian's family and friends at this sad and difficult time.

Ian St John born (7 June 1938) was a Scottish professional football player, coach and broadcaster. He played as a forward for Liverpool throughout most of the 1960s. Signed by Bill Shankly in 1961, St John was a key member of the Liverpool team that emerged from the second tier of English football to win two league titles and one FA Cup —in which he scored the winner in the 1965 final —to cement a position as one of the country's top sides. He played for Scotland 21 times, scoring nine goals. And later became a manager.

Drop your condolences in the comment section below... Thanks

Content created and supplied by: Enduranceadamu1 (via Opera News )

Stuttgart Open: Kvitova upends Brady; advances to next round