From Being Underated As A Footballer, To An Olympic Record Holder: The Story Of Chioma Ajunwa

"I've not regretted the decision [to leave football] because I've made my mark in athletics." - Chioma Ajunwa

Sometimes in life we some challenges which may try to dampen our spirit and vision.

Most times these challenges come in the most difficult times, but not letting them weigh us down is the key to success.

So is the story of Nigeria's Gold medal record holder; Chioma Ajunwa. 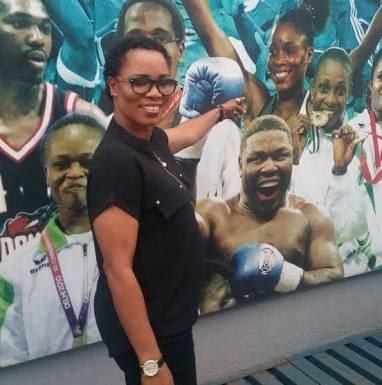 She began her career in sports as a footballer but faced setbacks which would have made her quit on her dreams.

But instead of giving up, she took another similar career path, and today the name 'Chioma Ajunwa' is a household name. 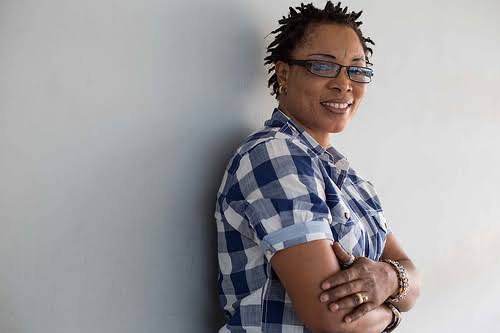 Chioma Ajunwa was born in Imo State on Christmas Day of 1970.

She was born into a poor family and was the last child of her parents.

Her father died while Chioma was still very young, leaving only her mother to fend for her and her eight siblings. 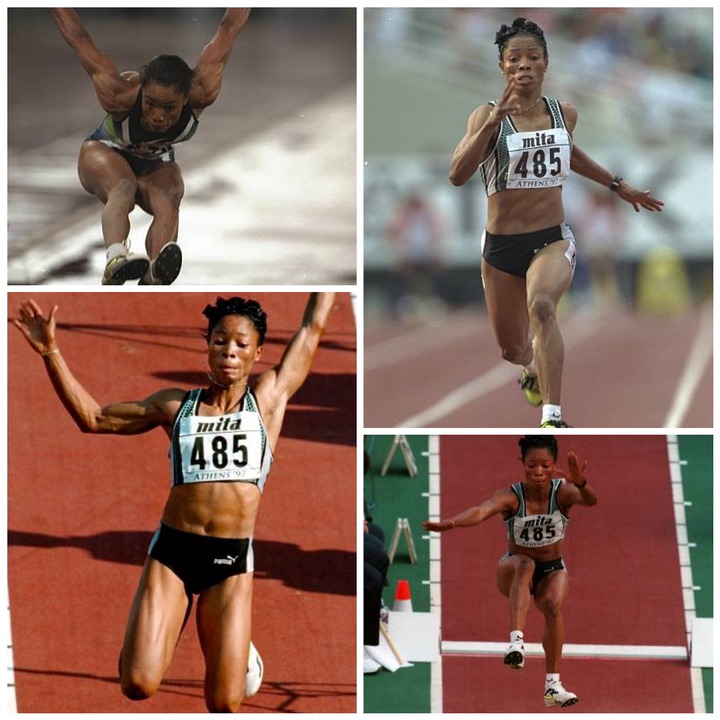 Chioma's love for sports started right from when she was very little.

She was very active in sporting activities during her primary and secondary school days.

Despite disapproval from her mum and brothers who saw sport as a thing for wayward and drop-outs, she was determined to follow her heart.

Young Chioma would abscond from home even when locked up just to participate in sports.

She finished her basic education and at fifteen got admission into the university but couldn't enroll due to her mother's inability to pay her fees.

At a point, she considered being a mother mechanic, but the idea was disapproved by her mother.

After completing her secondary education, Chioma would go to live with her uncle Port Harcourt and that was were the opportunities began.

She was sought out by the Nigerian Police Force as a recruit, possibly due to her athletism and she joined in 1988.

It was at the Police Academy that Chioma got the opportunity to profess her love for sports and engage in it properly. 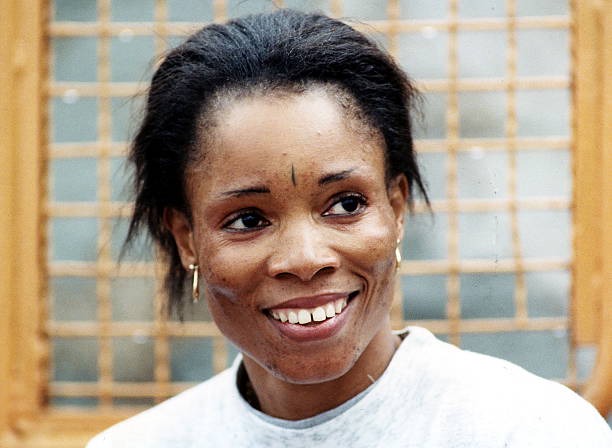 The Academy gave her more exposure and she began partaking in local athletics championships and events.

In 1990, she was a part of the Nigerian contingent to the Commonwealth Games, and she won bronze in the 4x100m relay.

Due to her abilities and performances, Chioma who was active in both football and athletics began representing Nigeria at different international events and championships.

So when Nigeria qualified for the first-ever Women's World Cup in 1991, she was part of the history-making team to China. 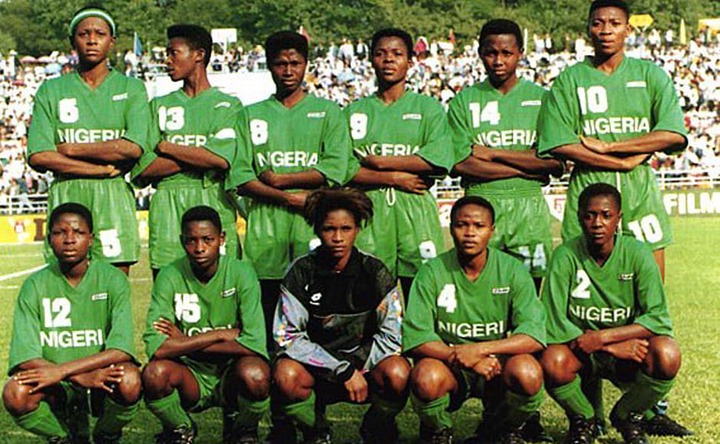 But unfortunately for her, her football career was short-lived as she quit the sport after being benched constantly and was seldomly used.

She was underrated by her coaches and couldn't showcase her skills and talent in football.

"I could have continued with football but there was a particular coach... He knew then that I was the best player in the team but he decided to keep me on the bench throughout every match so I left the team's camp" - she once said.

Chioma played as forward during her football days.

Another phase of setback came for Chioma in 1992 after she was banned for four years for failing a drug test.

At the elapse of her ban, 26-year-old Chioma returned to athletics with the Atlanta 96' Olympics.

It was at the Olympics that she wrote her name in the history books. 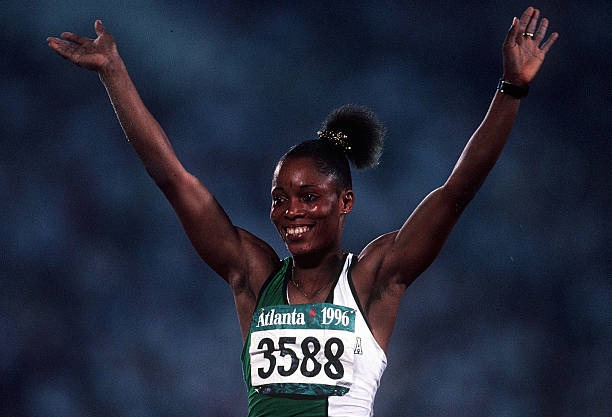 In the long jump event, she beat her foreign counterparts to become - the first African woman to win Gold in a track & field event and the first Nigerian to win Gold at the Olympics. 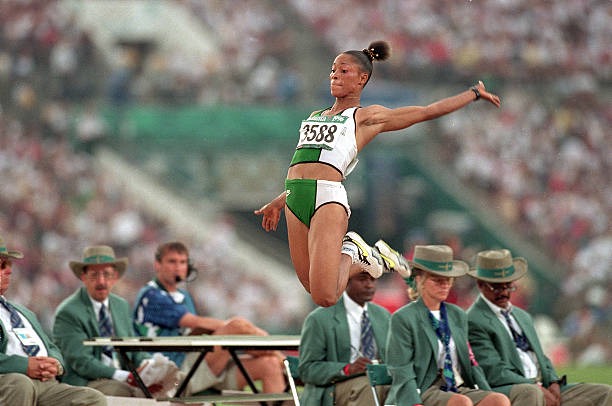 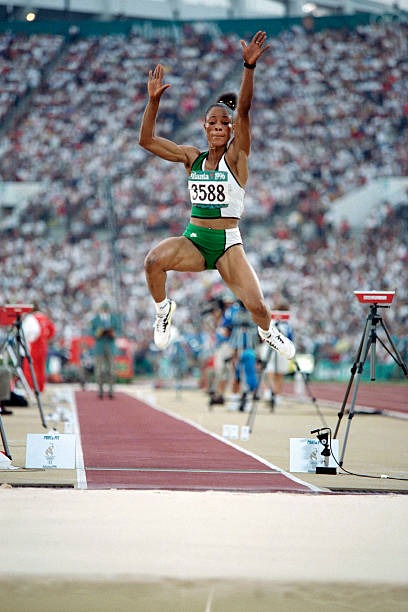 She stood tallest on the podium, and for the first time ever, Nigeria's anthem was played at the Olympics and her flag raised high. 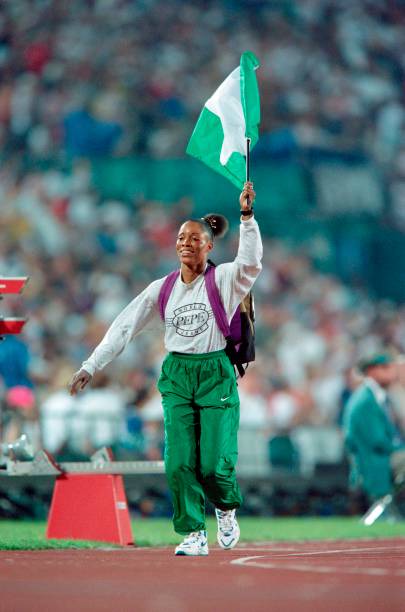 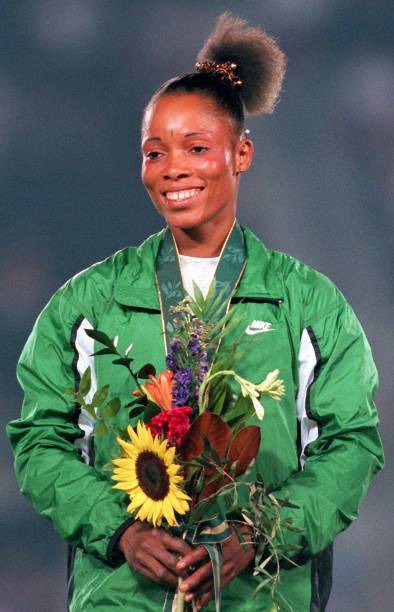 Upon returning to Nigeria, she was awarded decorated with a national award - (Member of the Order of Niger) MON.

Chioma finally focused on her career as a police officer and is currently a Divisional Police Officer (DPO) in Lagos. 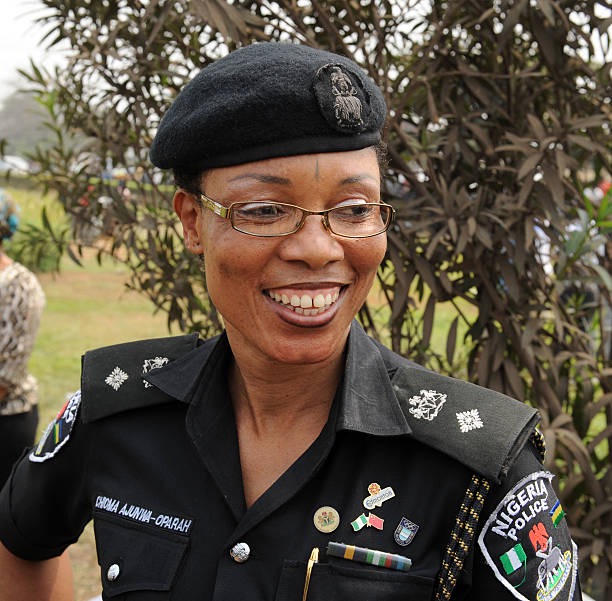 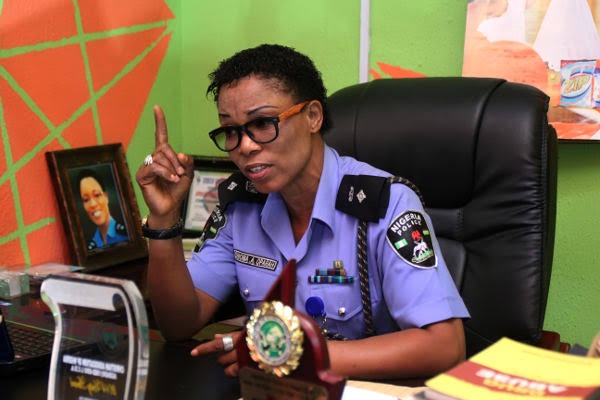 She is happily married and was blessed with a set of triplets at 41 after an eight years wait without children. 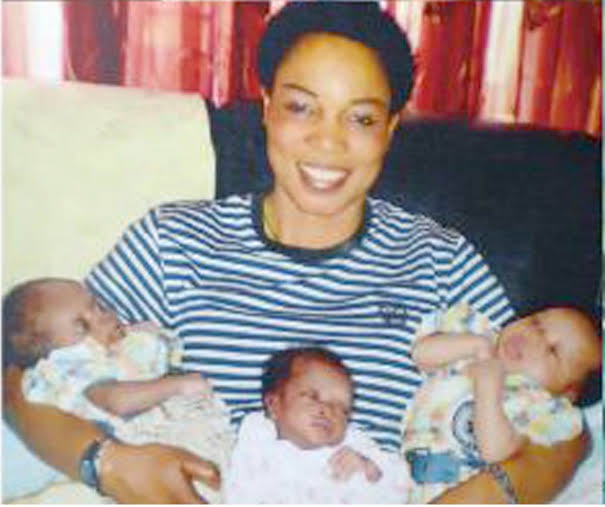 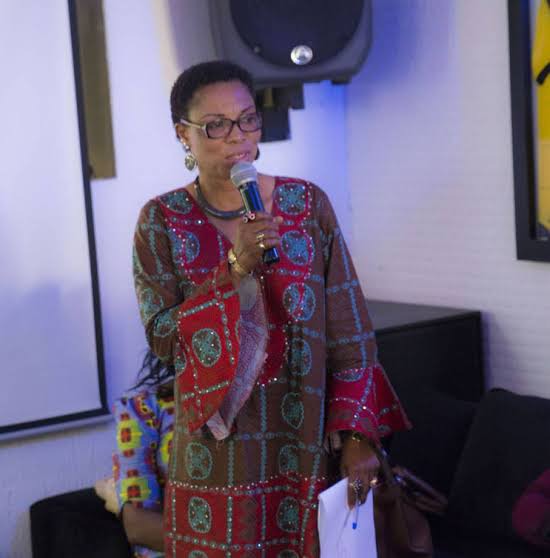 Life may give you tough challenges and setbacks, but do not let them weigh you down.