Opinion: Van Dijk's Statement That Showed He Wasn't Okay With Salah Being At The Center of Attention

Salah has been at the center of attention this season at Liverpool as he has been very outstanding in terms of scoring goals and troubling the entire defenders on the pitch. He is now one of the best players at the moment as confirmed by a top manager like Pep Guardiola. 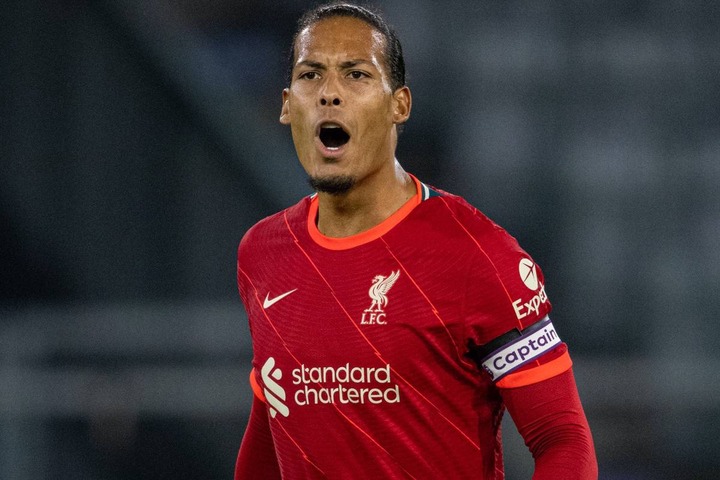 This appreciation and recognition of Mohammed Salah seem not to go well with some Liverpool's players, especially Virgil Van Dijk. Before now, Virgil Van Dijk has had most of the accolades for winning games for Liverpool due to his master class performance in the defense. But presently, Salah seems to be having all the accolades.

Because of that, Van Dijk has said that we should talk about Sadio Mane a bit, he believes it's not only Mohammed Salah that is doing big things at Liverpool. Mane has now scored his 100th EPL goal in the game against Watford last weekend. The 29-year-old Senegalese international has been exceptional this season as well, but Mohammed Salah's brilliance week in week out has always been the major talking point.

According to what Van Dijk told Daily Mirror after the Watford game, he said, "we have such a great team".

"If you look at Watford, Sadio scored his 100th Premier League goal, and we should talk about it a bit more. Roberto Firmino also scored a hat-trick. We all have a job to do and everyone has his responsibilities".

Those were the words of Virgil Van Dijk to the Daily Mirror. He said they all have responsibilities to do as players. He is probably saying this because he feels that one person is having the attention. Van Dijk said we should talk about Sadio Mane a bit more, and he also pointed out the hat-trick scored by Firmino in the game.

What was at the center of attention was Salah's 104th goal in the EPL and not Firmino's hat-trick and not Mane's 104th EPL goal.

What are your thoughts on Van Dijk's Statement?