Guardiola Reveals What Man City Told Him They Wanted When He Arrived At The Club In 2016.

We all know how desperate teams compete with each other to win the UEFA Champions League as it is one of the world's most prestigious tournaments. It breeds ultimate competition amongst Europe's elites and it has been cherished for its mode of bringing together the best players in the world. 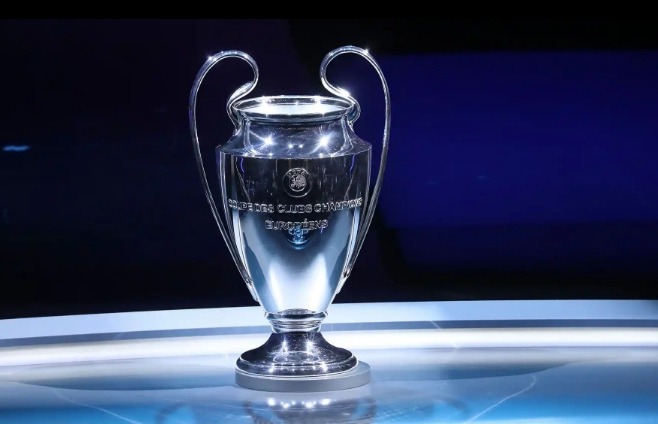 One team which hasn't won it yet but haven't ultimately given up on doing so is Manchester City as they recently qualified to the quarterfinal after going past Borussia Mönchengladbach in the Knockout stages. Pep Guardiola was brought in to win that tournament for them after having won numerous domestic trophies and restructured how Man City play the game. 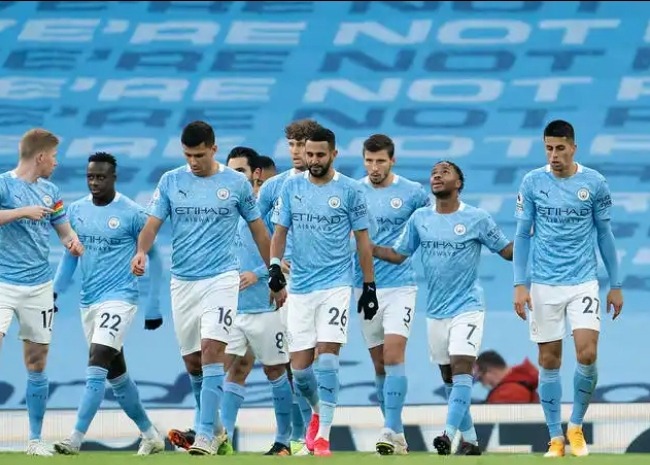 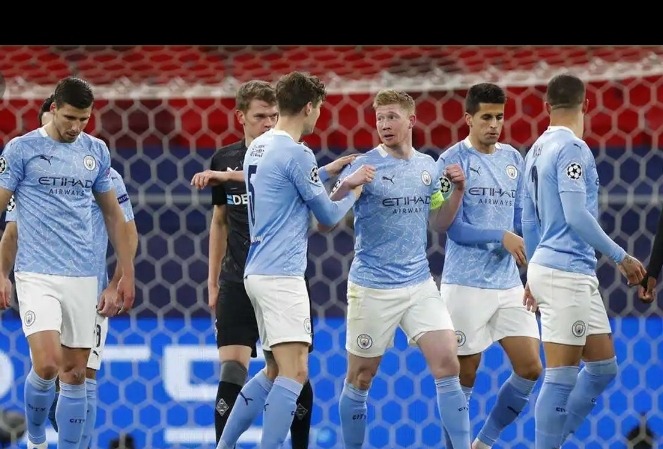 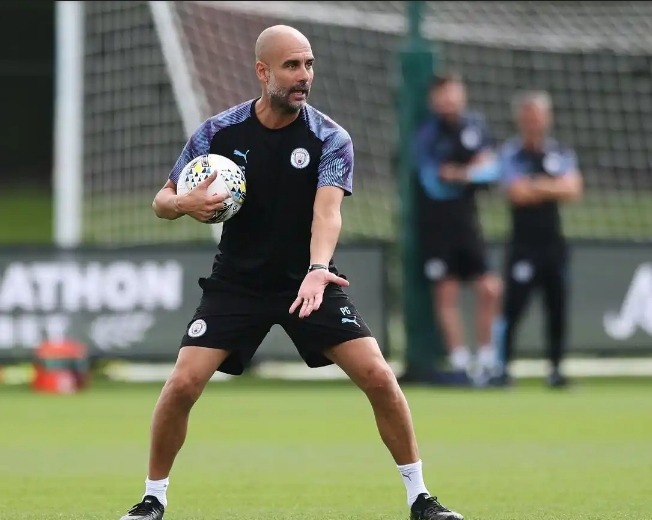 Many players at the club both current and former have praised the Spaniard for showing them a whole new perspective of the game but their Champions League quest isn't accomplished.

Guardiola recently revealed he was told specifically to help the club win the champions league. As posted by the verified handle of renowned sporting media, Goal; "Since the first year I arrived they told me that you have to win the Champions League. It is always on our shoulders." 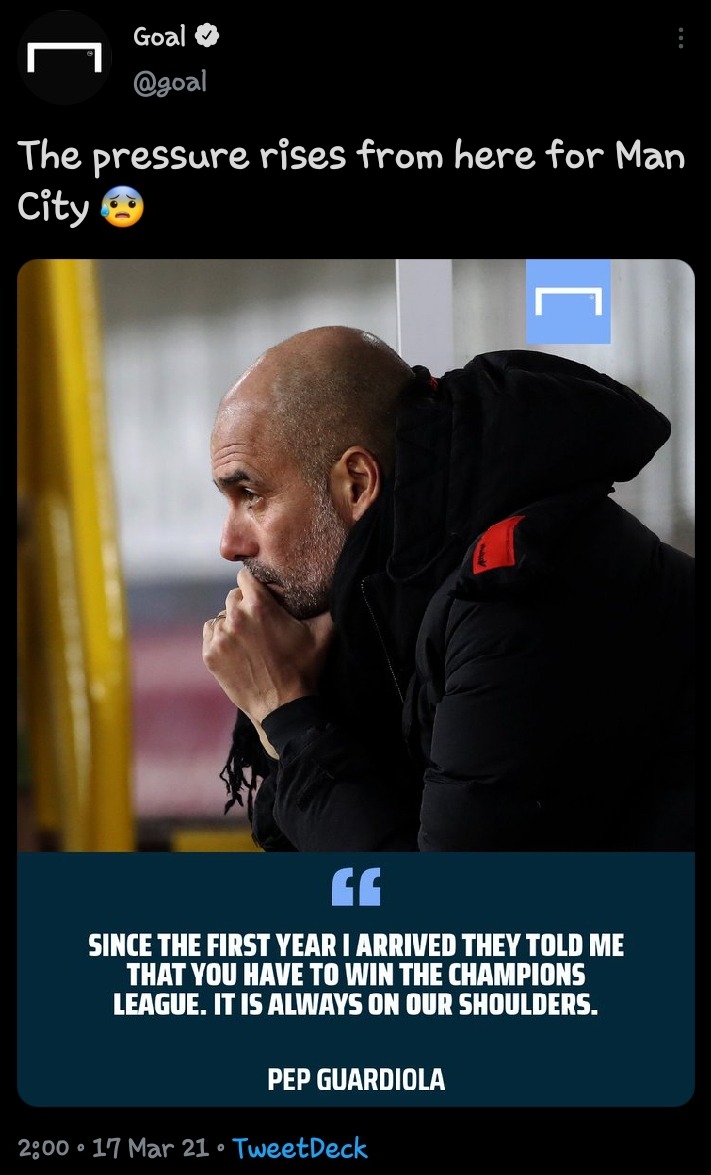 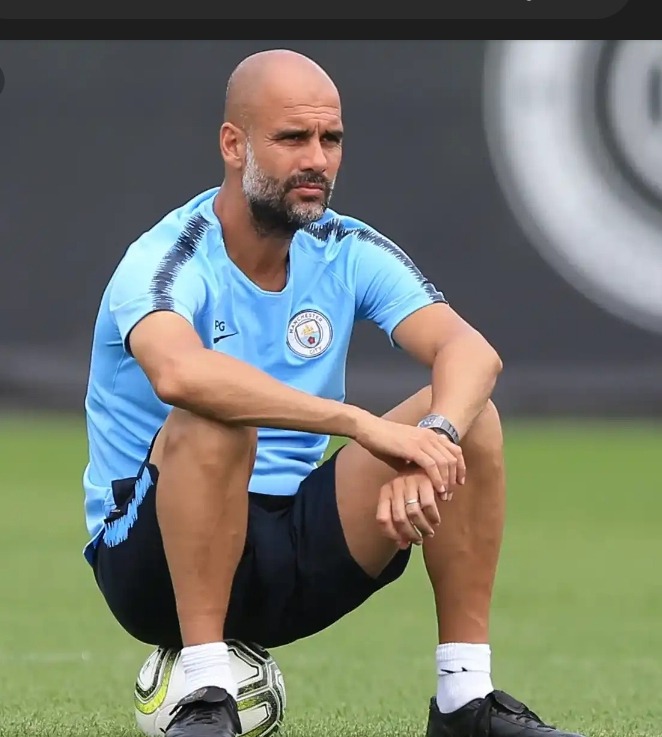 He has done a tremendous job of building youngsters and making the team one of the most feared teams in the world but this might be his last chance at winning the Champions league.

Do you think Manchester City can go all the way and win the Champions league with clubs like Bayern, Madrid, Liverpool, PSG, Dortmund still in the competition?

Messi Looking At The World Cup 2014 Trophy Is Probably The Most Heartbreaking Picture You'll See.

How Chelsea Could Lineup In Tonight's Premier League Match Against Brighton