Lampard Ready To Win Against Man Utd As He Makes This Nice Move With The Startup Players. 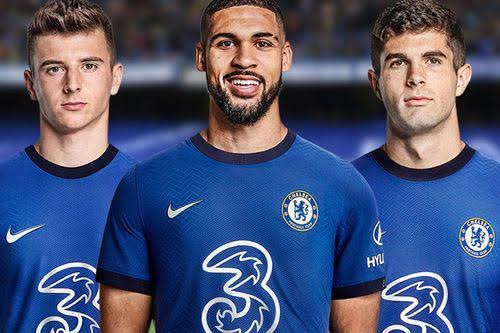 Frank Lampard, who is Chelsea's Coach seems very keen on winning the match against the Manchester United (RED DEVILS) in today's match fixture.

The match between Chelsea FC and Man Utd has always generated much frictions between the players, coaches and even the fans, though it is not as sensational as the popular Real Madrid and Barcelona matches (El-Classico), but it is surely a match no one ever wants to win.

Considering that Manchester United has been struggling to leave their jinxed position on the English League table ever since the league has resumed this year and have been quite unsuccessful at this.

Therefore, this match is an opportunity for both team to either ascend, descend or even maintain their current positions on the table, but it is a very difficult position for Chelsea I'd they lose this match and this is more of the reason Lampard wants to win.

The Manchester United seats at the Fourth position in FA Cup and fifth position at the English Premier League (EPL), while Chelsea is at the third position on the EPL table. 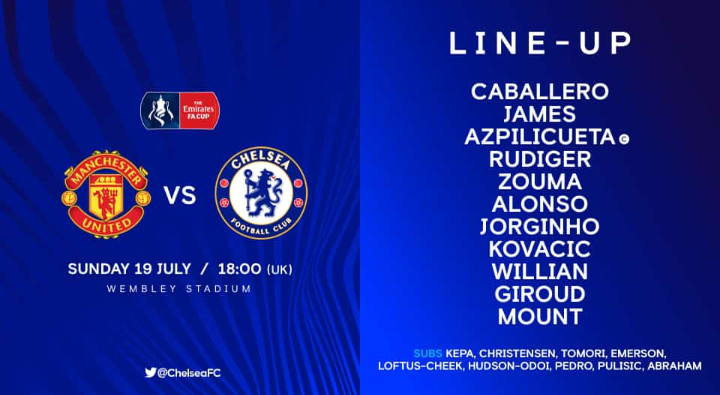 Recall that the Chelsea startup players are often included with Pulisic, Keper and Abraham, but Lampard has made what I term a nice move by choosing to change this and has benched these three players, while including Giroud, Mount and Willian as the startup players.

Keper, who is known for his clumsiness when defending/saving a ball and Tammy Abraham, who is know for his sluggishness when faced with an opportunity to score a goal, have both been in excluded which makes Chelsea's startup team a formidable one.

As an avid fan of Chelsea, I believe Manchester United will have a hard time stopping Frank Lampard from winning this match because he is very interested in achieving this.

Why Antoine Griezmann Deserves A 3-Match Ban For His Dangerous Tackle On Firmino Today.