Man Utd still interested in singing of Serie A No.9 hotshot 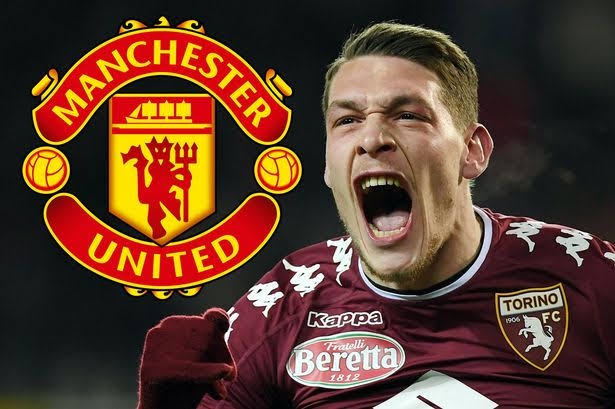 Inter Milan and Man Utd are one of the many top teams interested in securing services of Torino captain Andrea Belotti, according to a report from today’s paper edition of Tuttosport.

The report details how the Nerazzurri are alongside clubs like Man United in following the 26-year-old Serie A forward, who has been deal with Torino until 2022.

Man Utd are currently well stocked up front with Anthony Martial, Marcus Rashford and Mason Greenwood all have been in stunning form, however, Rashford has been strongly linked with a switch to PSG and Ole Gunnar Solskajer seems to be in the market for a new striker.

Coach Antonio Conte is believed to be a huge fan of the Italian because of the way the player interprets the game and moves off the ball. Granata president Urbano Cairo has no interest in selling their star player and refused to even open talks less then €40 million offer for Italian forward. 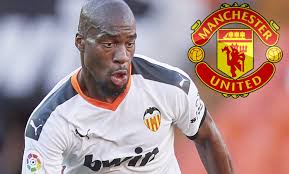 MANCHESTER UNITED are interested in signing Valencia midfielder Geoffrey Kondogbia, according to reports.

The 27-year-old is one of EIGHT first-team stars that the LaLiga side could sell this summer in order to aid their precarious looking financial situation.

And according to FootMercato, the former France international "dreams" of a move to the Premier League.

They also claim that Tottenham Hotspur are considering a move for the former Sevilla, AS Monaco and Inter Milan star.

The Athletic add that the former Spanish champions are in a state of "total madness" behind the scenes - having taken an extra hit following failure to secure European football for next season. Gareth Bale is perfectly happy and prepared to stay at Real Madrid for the next two years despite not playing, his agent has insisted.

Jonathan Barnett has broken the Bale camp's silence after a turbulent few weeks that have seen the Wales star completely ostracised by Zinedine Zidane.

Bale was an unused substitute for a series of matches following football's restart, angering the local media with his antics in the stands as his team-mates won every match to lift the La Liga title.

He then cut an awkward figure as Madrid celebrated that success in front of the watching world before he was left out of the squad completely for Sunday's final league match as Zidane asserted his authority. Manchester United goalkeeper Sergio Romero has backed Chelsea stopper Kepa Arrizabalaga to defy his critics and show why the Blues made him the world's most expensive goalkeeper back in 2018.

The Spaniard has made some errors this season and Chelsea boss Frank Lampard dropped him for four straight Premier League games in February.

Speculation is rife that Lampard is looking to bring in a new goalkeeper in the summer but Romero believes Kepa is a "great goalkeeper" and will "continue to improve".

Speaking to United's official website before the Red Devils' FA Cup semi-final clash with Chelsea which his side lost 3-1, Romero said of Kepa: "He is a great goalkeeper.