By ElijahOdetokun (self media writer) | 2 years ago 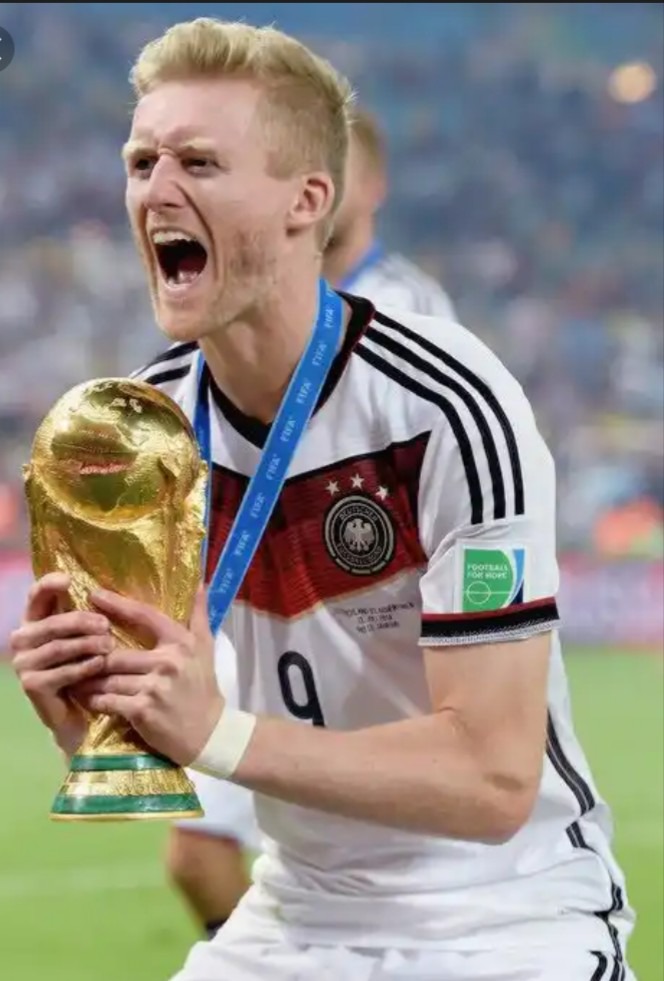 Neil Armstrong was the first man to land on the moon, but his fellow Apollo 11 crew members, Michael Collins and Buzz Aldrin are rarely talked about, such is the story of German footballer, Andre Schürrle in Germany's 2014 FIFA World Cup triumph. Mario Götze scored the 113th minute winner against Argentina, but it was Andre Schürrle who laid the pass for the goal.

Few days ago, the news of his contract termination with Borussia Dortmund by mutual consent made rounds in the media, and today he has retired from football at the age of 29, having represented Mainz 05, Bayer Leverkusen, VfL Wolfsburg and Borussia Dortmund in his native Germany, Chelsea and Fulham (loan) in the Premier League and Spartak Moscow (loan) in Russia. 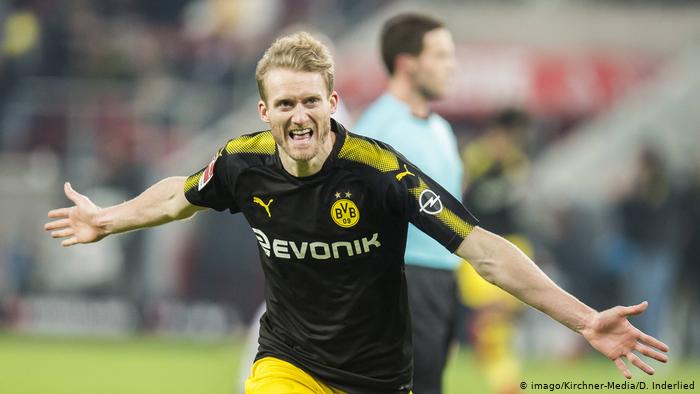 He represented Germany across youth levels and was capped 57 times for the senior team, scoring 22 goals. Schürrle played as a winger and also as a second striker, balanced on both feet with pace and excellent finishing. His second season at Chelsea was quite uneasy as he fell down the pecking order in Jose Mourinho's title-winning Chelsea. Schürrle caught food poisoning when he was in Poland with the national team in 2014 after eating a bad piece of chicken, and it took awhile for doctors to diagnose it was Salmonella. That ultimately led to his departure to VfL Wolfsburg in February 2015. “It was a bit of chicken and I've never eaten chicken since." Schürrle said in an interview on his return to England with Fulham in 2018.

He first announced his decision via his official Instagram page; 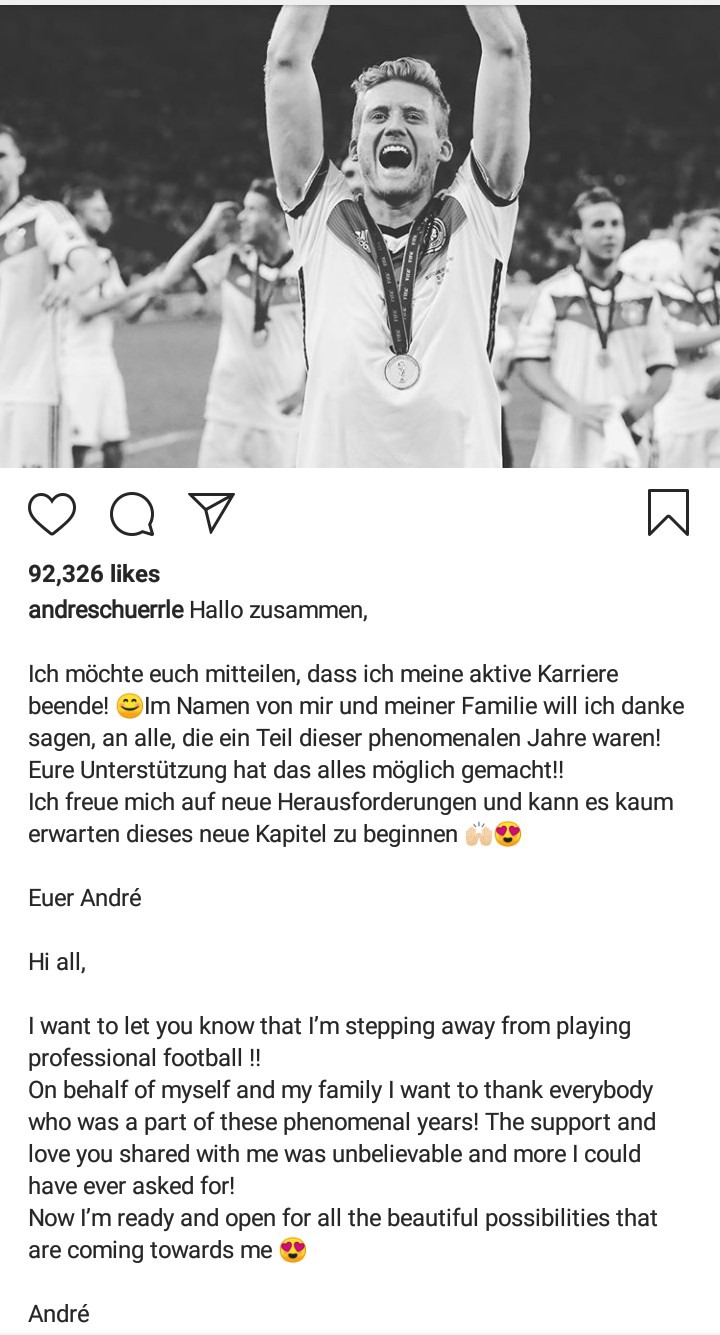 "The decision has matured in me for a long time, I no longer need the applause. The depths became deeper and the highlights less and less. You always have to play a certain role in order to survive in the business otherwise you will lose your job and will not get a new one. Only performance on the pitch counts." he told German newspaper Der Spiegel of his decision to quit football.

Content created and supplied by: ElijahOdetokun (via Opera News )