Markus Weinzierl, the manager of Augsburg Football club in Germany has expressed his deep concern over the dangerous partnership between the Nigerian striker, Taiwo Awoniyi and his Union Berlin team mate, Max Kruse. 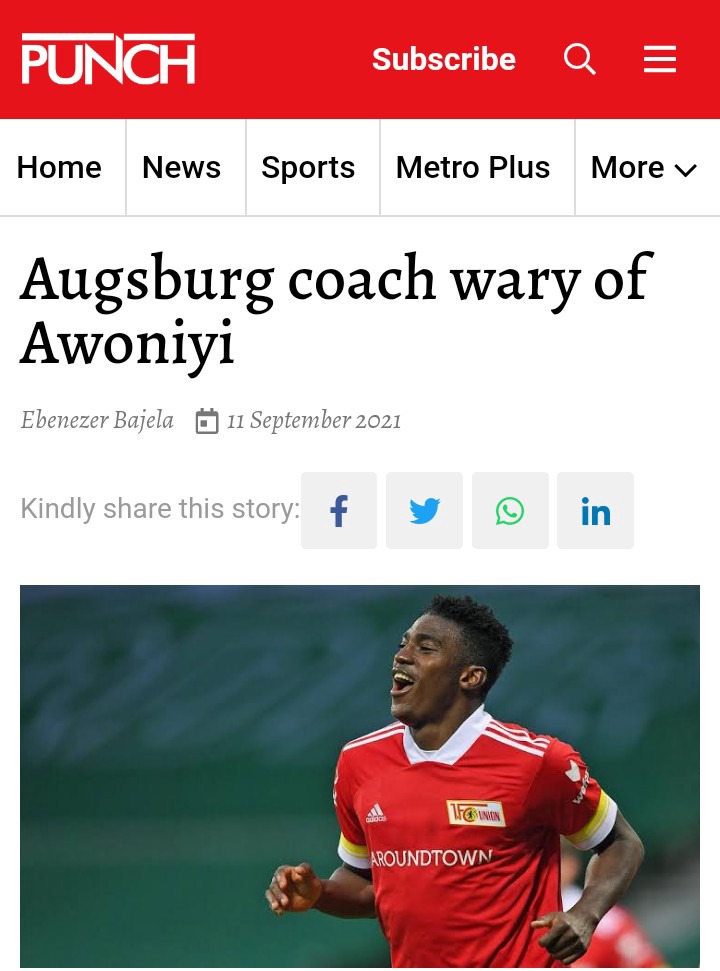 Augsburg and Union Berlin are billed to clash on Saturday in their third league game of the season and the match is expected to be a crunch encouter between the two giant sides.

Awoniyi who joined the team at the beginning of rhe season had maintained a tremendous form for his side, scoring five goals and two assist in six matches for the team.

However, his form has always constituted a source of concern to coaches of other clubs each time they are to play with his side. Among the coaches who are expressing concern about him is Markus Weinzierl of Augsburg FC.

Weinzierl and his team would be traveling to Alte Foersterei stadium in an away mach with Union Berlin on Saturday. And his major headache towards the match is Taiwo Awoniyi who is expected to make a dangerous partnership with Max Kruse. 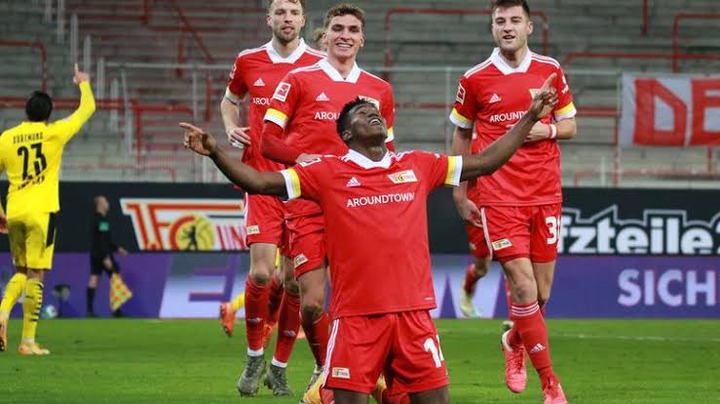 Weinzierl lamented that his team is already nursing a problem in their center defence having been missing some of his key players . The coach is not sure of players like Jeff Gouweleeuw and Felix Udukhai who have been very key in his defence.

With the absence of those two players, he is dead worried that 24-year old Awoniyi alongside his teammate, Kruse is capable of wrecking untold havoc in his defence line that may eventually deny his side of getting any point in the game. 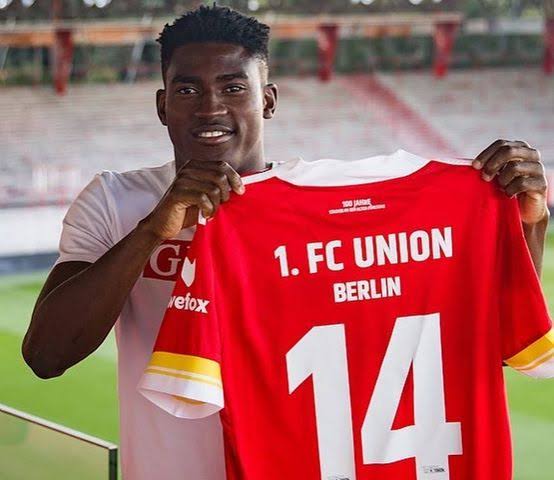 The former Liverpool striker, Awoniyi joined Union Berlin on a deal of £6.5m and he has been impressive since he made his debut for the team.