LEI 4-2 MUN: 2 Things Harry Maguire Should Have Done, After Receiving The Pass From De Gea

Manchester United returned back to action against Leicester City this afternoon, but Manchester United failed to give the fans what they wanted, Harry Maguire lead the boys out against Leicester City tonight, but he was poor as he gave away a goal. In this article, I will be showing you the two things Harry Maguire should have done Immediately after he received the pass. 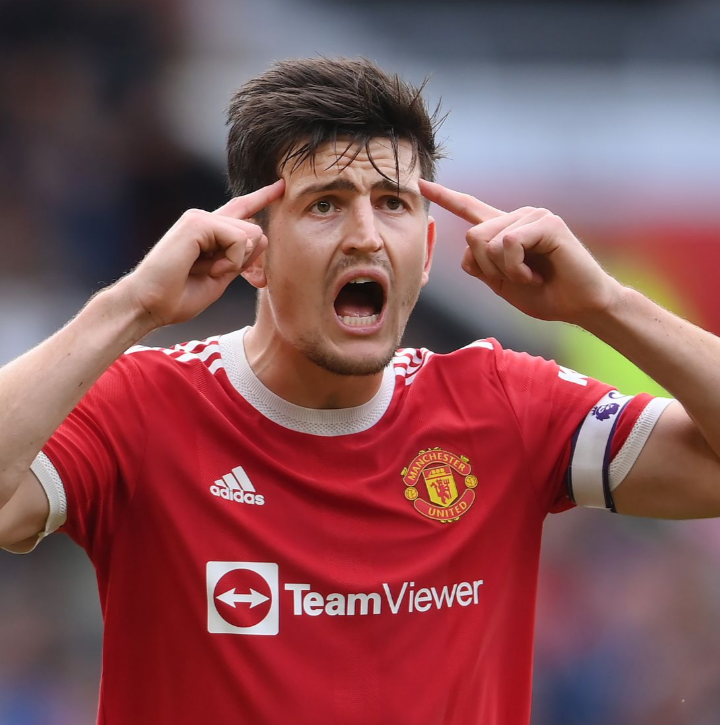 1. He Could Have Passed The Ball Straight To Luke Shaw

Harry Maguire was very poor in the first half of the game, he gave the ball away twice, I believe that the Manchester United captain has a better option, when he received the pass from David De Gea, the pressure from Kelechi Iheanacho were too much, but he could have passed it to Luke Shaw who is very close to him. The English defender thought that nobody was coming and immediately after he saw Kelechi Iheanacho, he tried to dribble him, but that's a wrong move. The Nigerian forward wins the ball and pass it to Belgian midfielder Youri Tielemans as he made no mistake. 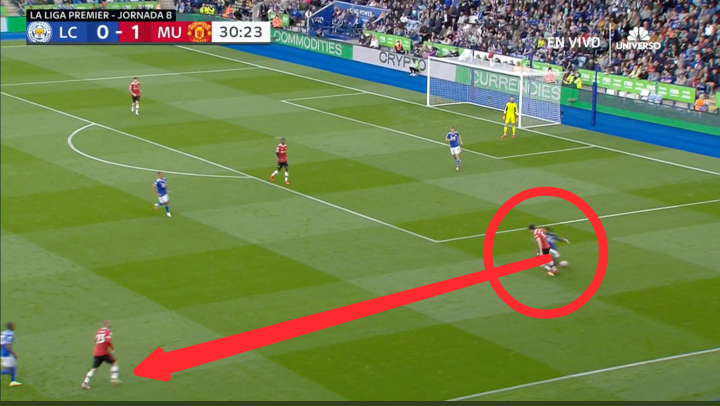 2. Harry Maguire Could Have Thrown The Ball Away, After He Saw Kelechi Iheanacho Coming Towards Him

Harry Maguire might not be perfect when it comes to pass, but he made more than one option immediately after he received the ball, he could have thrown it away. He attempted to move pass Iheanacho, but he failed. Looking at the picture below, you could see that Paul Pogba is a little bit covered, but the French midfielder is very good at throwing passes through the wings, he could have made use of the ball. 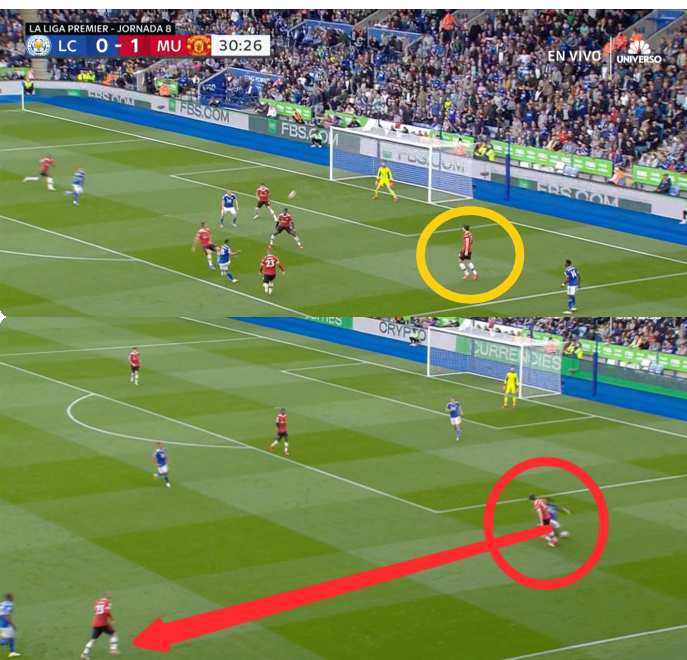