By Latestgist97 (self media writer) | 1 year ago 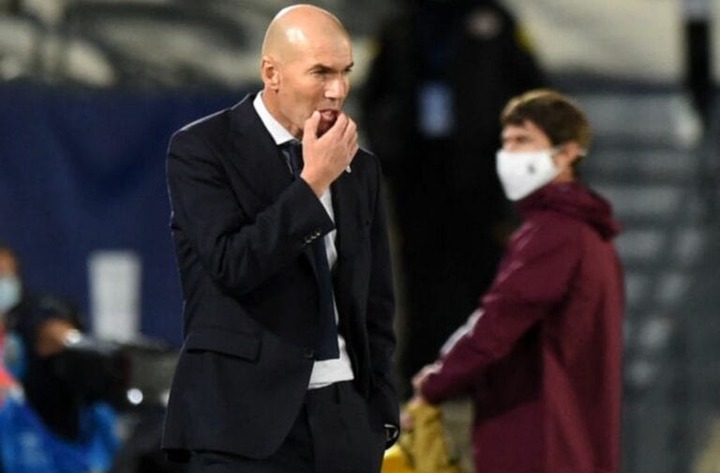 It appeared Zidane wasn’t going to speak to the press after Real Madrid’s defeat vs Shakhtar, but he eventually appeared for a reaction.

After Real Madrid’s painful defeat against Shakhtar, Zinedine Zidane probably didn’t have the energy to speak to the press. The local media has been criticizing ‘Zizou’ since the start of the season for his decisions while managing the squad. Today’s press conference after the game seemed like another chance for everybody to come at him with curveballs.

After more than one hour of making everybody wait, Zidane finally appeared to speak to the press. Before making his appearance, he had already spoken to Real Madrid TV. However, the club’s own network doesn’t usually ask difficult questions. The gaffer seemed upset for the players more than himself, he appears to know that his job might be on the line but it doesn’t seem to bother him.

At the start of his press conference, Zidane spoke about the situation and how he feels for the players. He also took full responsibility of everything that’s going on at the club.

“It’s a bad feeling. Everything came together,” said Zidane via ESPN. “We made a mistake with the first goal, and then we lacked confidence. It’s just as well my players reacted in the second half. It’s a bad game, a bad night. I’m the coach, I have to find the solution, I didn’t find it tonight.”

“We lacked a bit of everything,” he added. “Above all confidence, which is the most important thing… We know the situation we’re in. It’s our second bad game. Now we have to prepare our next game. It’s clear that I’m responsible.”

“It makes me unhappy for the players. They’ve made me win a lot of things,” Zidane said. “They don’t deserve it, but that’s football. We have to think that today is grey and tomorrow the sun will come out.”

Content created and supplied by: Latestgist97 (via Opera News )