Chelsea Star Named In Premier League Team Of The Week (Round 34).

By SoccerTravia (self media writer) | 8 months ago

The English Premier League Team of the week after matchday 34 has been released as one Chelsea Star was named.

Manchester City defeated Crystal Palace at Selhurst Park to extend their lead on the EPL table.

The Cityzens are waiting for the outcome of the match between Manchester United and Liverpool before they can officially be declared as the Champions. Unfortunately, the match has been postponed due to heavy protest outside Old Trafford.

Meanwhile Leicester City dropped points when they drew (1-1) Southampton at St Mary's stadium and Chelsea seized the opportunity to reduce the points difference to two with their 2-0 victory over Fulham.

However, Chelsea's brace hero, Kai Havertz has been included in the Premier League Team of the Week as presented by SofaScore. 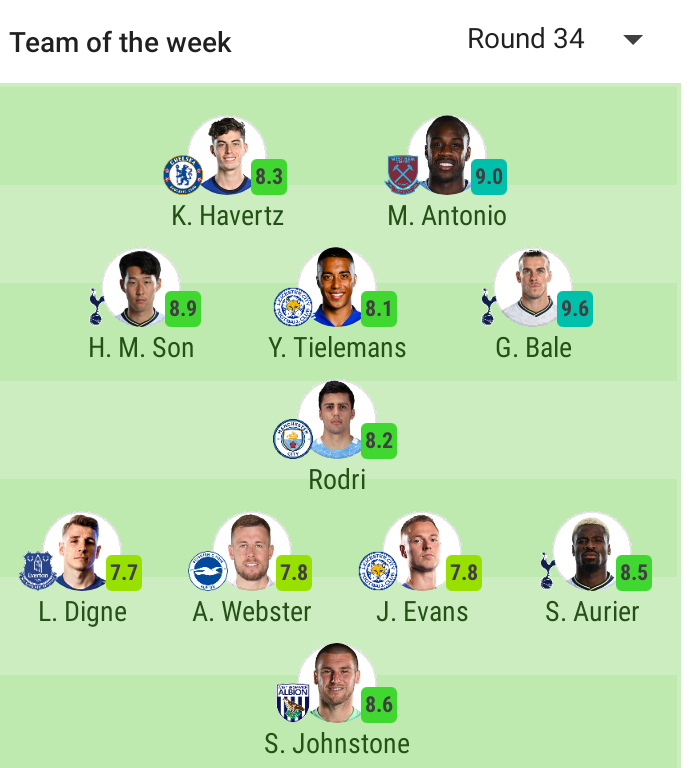 The 21-years old German who starred as a false, scored both goals in the london derby to sealed the important win in Stamford Bridge. 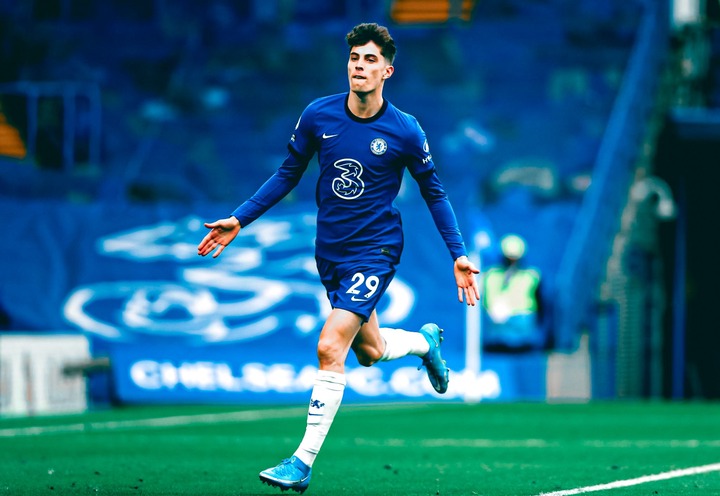 The former Leverkusen star is now on four Premier League goals with four games remaining for the season to end.

All in all, congratulations to him.