Ajax has been producing some talents from their development team called Jong Ajax for the past few years. The majority of the players on the Ajax team that reached the semi-final of the 2019 UEFA Champions League are from their academy. The club has lost over 5 World-class players in the last three years. 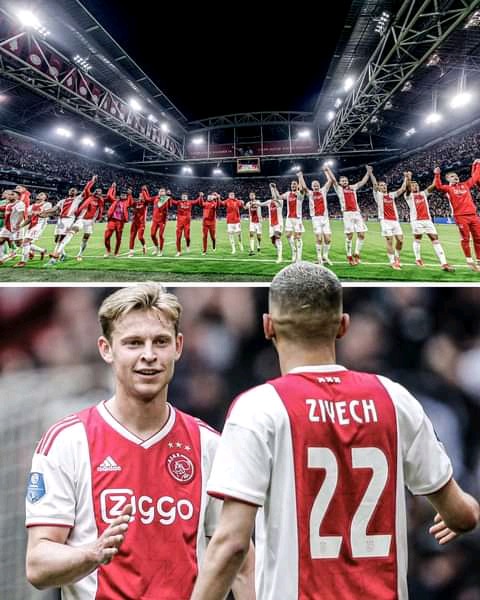 Here is the list of World-class players that left Ajax in the last three years.

Davidson Sanchez is one of the best defenders in 2017. He left Ajax for Tottenham Hotspur in the summer of 2017 in a deal worth £40 million. The Colombian defender is one of the world-class defenders that the Dutch club has lost in the last three years.

Matthijs De Ligt left Ajax to join Juventus in 2019 after three successful seasons at the club senior team. The Dutch defender joined Juventus in a deal worth £75 million in 2019.

The Dutch midfielder left Ajax to join Barcelona in 2019 in a deal worth £70 million. Frenkie De Jong is one of the talented world-class players that Ajax has lost during the last three years.

Hakim Ziyech completed his move from Ajax to Chelsea in February 2020 in a record deal of £35 million. Ziyech was the best Ajax player that led the club to the 2019 UEFA Champions League semi-final.

Van De Beek joined Manchester in the summer of 2020 from Ajax in a deal worth £40 million. The Dutch midfielder was one of the 30 players that were nominated for the 2019 Ballon d'Or award. Donny Van De Beek is one of the world-class players that Ajax has lost in the last three years.

Sergiño Dest joined Barcelona from Ajax in October 2020 in a deal worth £21 million. The American defender is one of the best players who left Ajax in the last three years.