By Challyboy (self media writer) | 2 years ago

Chelsea are at their best season, despite them not winning the premier league trophy, they did their beat to see they reached the tip three which their game twins only two games to the end of the season.

They have tried their best this season by signing the Leipzig professional footballer Timo Werner and the Ajax player Hakim Ziyech .

We look forward they could reach out to all their dream targets by next season.

Let's take a look at the possible ways Lampard could lineup chelseavplauers and win the premier league title next season.

From the first lineup below,

The goal keeper was selected to be the Ajax current goalkeeper Onana the Cameroon goalkeeper.

The potential Chelsea Dream defenders for next season are selected To be Tagliafico, Zouma, Tomori and Azpilicueta.

The selected Chelsea midfielders are Mount, Havertz and Ngolo Kante.

The selected Chelsea Forwarders are The right winger Ziyech, The left winger Pulisic and the striker Timo Werner. 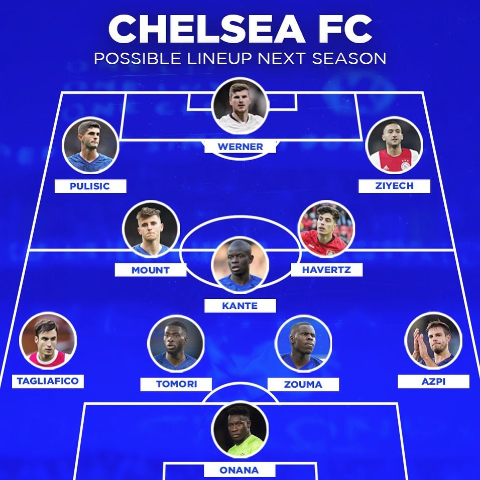 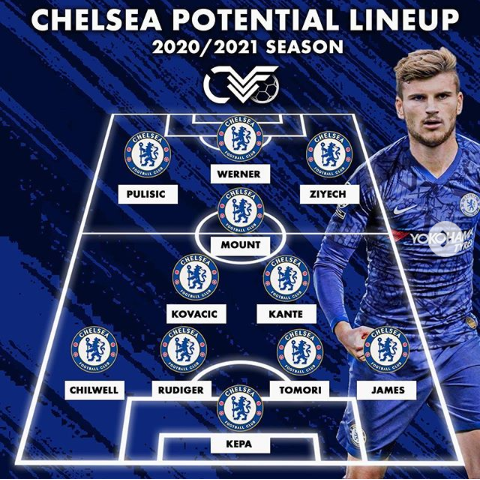 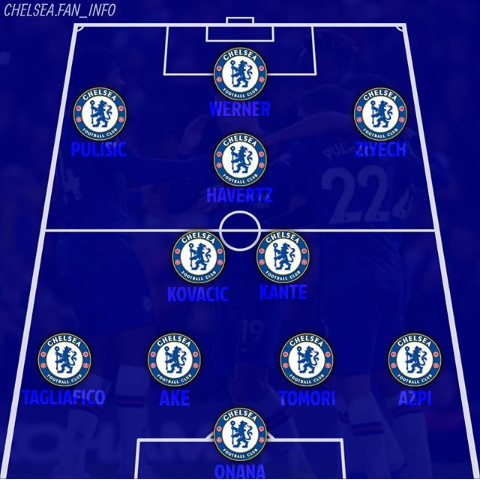 Which lineup based on the Transfer target would be the best Lineup the Chelsea could possibly use against next season?