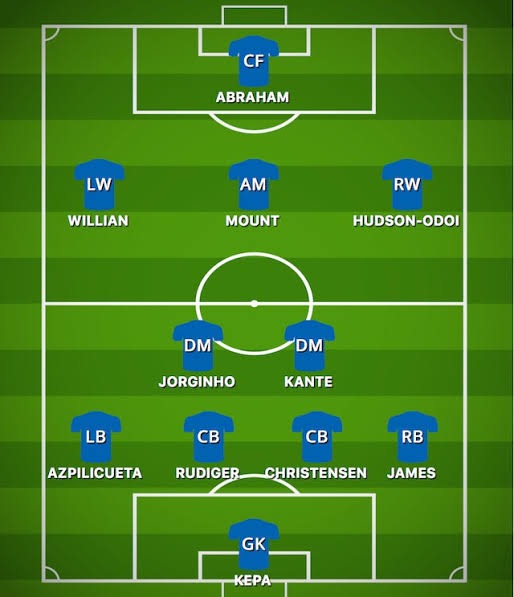 The first way Chelsea football club could line up and beat Liverpool.

Lampard might decide to bench Oliver Giroud and start Tammy Abraham due to match fitness. There is no guarantee that Giroud would perform at his best form if he start against Liverpool. Hudson-Odoi and Willan could start at the wings for chelsea while Mason Mount would take the responsibilities of number ten. Jorginho and Kante would form partnership at the defensive Midfield while a back four would be lineup at the defense, Antonio Rudiger, Christensen, Reece James and Cesar Azipilicueta. The goalie for the match would definitely be Kepa Arrizabalaga. 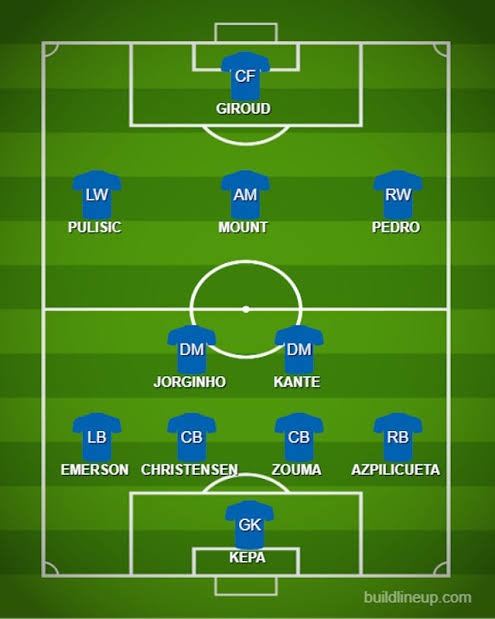 The second best Way Chelsea could lineup against Liverpool at Anfield.

Frank Lampard could still decide to start Giroud ahead or Tammy Abraham, since he scored the first goal against Manchester united. The attacking Midfielders would consist of Mason Mount who scored one of the goals against Manchester united, Christian pulisic who was related and Pedro. If Kante is fit to play amid injury rumors, he could partner with Jorginho at the Midfield. The back four would consist of Emerson, Christensen, Kurt Zouma and Cesar Azipilicueta. 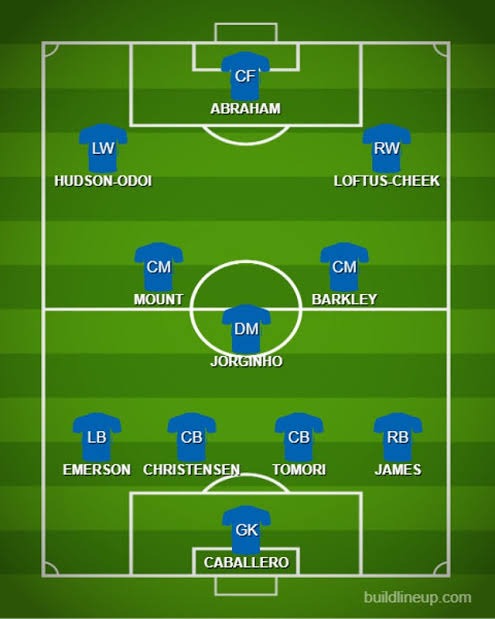 The third best way Chelsea Could lineup and beat Liverpool at Anfield.

I think the best lineup for chelsea to use would be third lineup. What do you think about these lineups?