By Hubspotngr (self media writer) | 7 days ago

In the course of this article, we will be looking at the 2 strongest lineups of Barcelona Xavi can use in coming La Liga games. It is important to note that these lineups will be elucidated under the 4-3-3 formation. 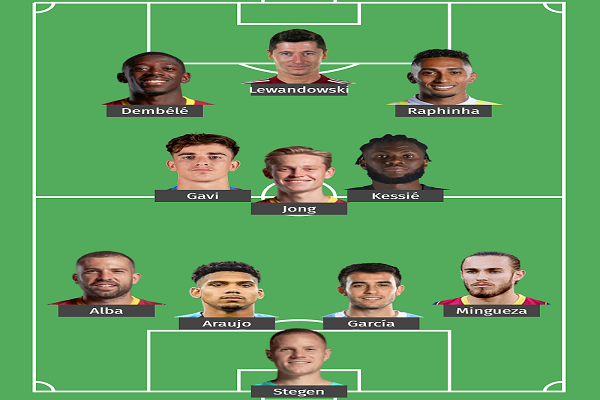 In the first strongest XI, the front three will consist of Lewandowski, Dembele, and Raphinha. This trio can combine to break up opposition defences in La Liga. Dembele is is a utility player that can play anywhere in the front three. He can make creative runs against opposition defences. Lewandowski is an established lethal striker, while Raphinha will bring pace and some tricks to the table.

In the midfield, Franck Kessie will be plucked into the central midfield alongside Frenkie De Jong and Gavi. Franck Kessie who is a new addition to the squad can help the team quickly transition from possession to attack with long balls, or defence-splitting passes.

In the heart of the defence will be Araujo and Eric Garcia. Although they are young and short of playing experience, they are physical and are avid ball winners. In the left-back role will be Alba, while the right-back position will be occupied by Oscar Mingueza.

The Second Strongest Lineup Of Barcelona After Signing Franck Kessie 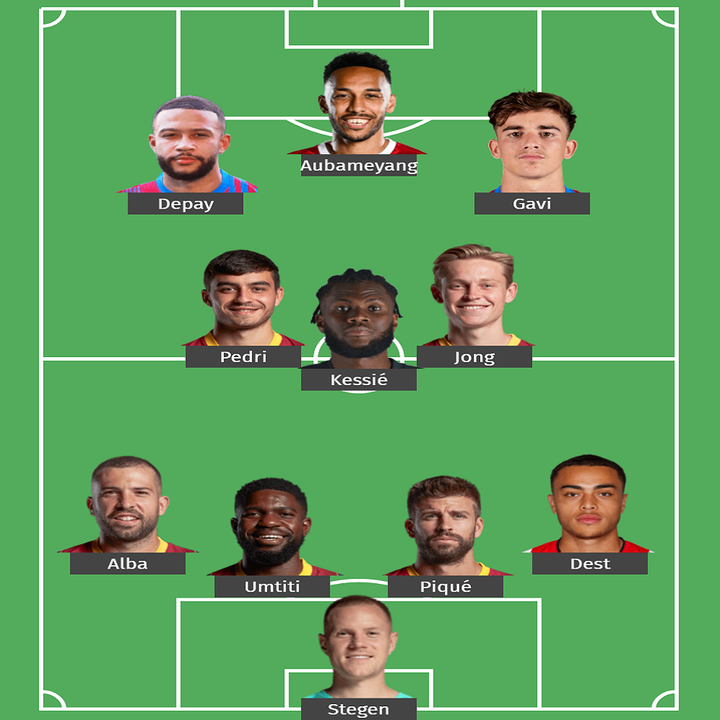 In the second strongest starting XI, Barcelona's forward trio will be Aubameyang, Depay, and Gavi. Gavi is a player that has a lot of trickery up his sleeve. He can glide past defenders without any fuss. Depay on the left wing is also an avid dribbler that can cause harm to opposition defences with accurate shot attempts. Aubameyang can put together all his years of experience as a centre-forward for Borrusia Dortmund, and Arsenal.

He is the most mature attacker among the front three. Coming to midfield, Franck Kessie in this setup will be used as a defensive midfielder. As stated earlier, Franck Kessie is a utility player, and this is a huge plus for Xavi. In the absence of Busquets and Frenkie De Jong, Franck Kessie can be made to sit deep and patrol the front of the back four. The two midfielders that will partner with him in the midfield include; Pedri and Frenkie De Jong. Coming to the back four, the best setup for the second strongest XI will be; Alba, Umtiti, Pique, and Dest.

Content created and supplied by: Hubspotngr (via Opera News )