By Gblizz (self media writer) | 8 months ago

Spotify founder and CEO Daniel Ek, isn't looking back on his words as he reportedly made his first offer to acquire the North London club, Arsenal. The Billionaire CEO revealed that his first offer to buy Arsenal has been rejected by the club owner Josh Kroenke. 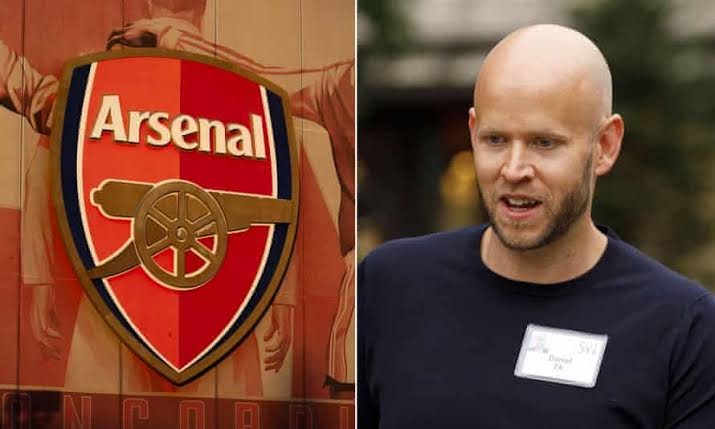 This is coming weeks after the Kroenke family were made to face the brunt of their decision to be part of the Super League, which many fans have frowned at. This action of theirs, has led fans to demand the Kroenke's hand over ownership of the club to another individual or set of individuals, capable of handling the club efficiently.

As all of this took place, Daniel Ek began to speak up about his love for the club and his intentions to acquire the EPL side. The Billionaire CEO received the backing of some of the club's legends, and a possible takeover from Ek, a lifelong Arsenal fan was already in the works.

Just recently, the Spotify CEO tweeted about inaccurate reports flying around, which suggest that he hasn't made a bid for the club. He addressed the reports as inaccurate, stating that an offer was made to both Josh Kroenke and his bankers which included fan ownership, representation at the board and a golden share of the supporter.

According to him, they replied his offer saying they do not need the money and he respected their decision but remain interested in the club should there be a change in their decision.

This new development wouldn't sit well with most Arsenal fans who were hoping to see a transfer of the club's ownership to the Spotify CEO.