By olusolasportspedal (self media writer) | 9 months ago

The 2021/ 2022 UEFA Champions League group stage kicks off to a sumptuous start with the installation of matchday 1 on Tuesday through Wednesday. 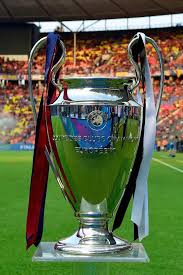 Olusolasportspedal takes a look at the top 10 highlights of what transpired across all centres as the best footballers treated football fans to a great evening of good football. 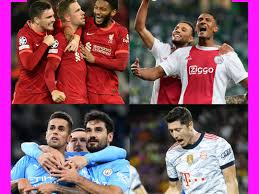 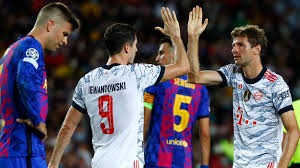 Bayer Munich was blameless as they continue their routing thrashing of Barcelona at the Nou Camp.

Two goals from Robert Lewandowski and Barca's nemesis, Muller goal condemned Barcelona to their 8th in the hands of the Bavarian in the UEFA Champions League as the camp now landlord conceded three replied goals.

The good feeling around Old Trafford with the return of Cristiano Ronaldo was given a stark reality check after United went down by two goals to one against the lowly Young Boys of Switzerland on Tuesday evening. 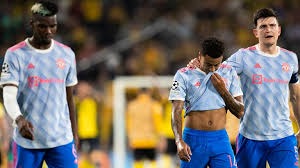 While Manchester United was struggling to get goals good for maximum points, the citizens were scoring for fun on Wednesday night. 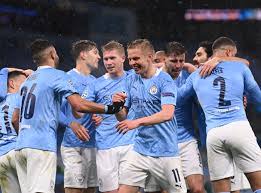 The noisy neighbour put six past RB Leipzig to send an ultra signal to another title contender as they launch another search for the elusive trophy.

But the team needs to work on their defensive line if they want to achieve their title ambition, conceding three goals in a match shows all is not well with the team especially at the back.

Liverpool continues their great start to the season, by defeating inform AC Milan by 3-2 at Anfield.

It was a moment to remember for Jordan Henderson as he scored his first goal in the UEFA Champions League in seven years and it turned out to be the winner. 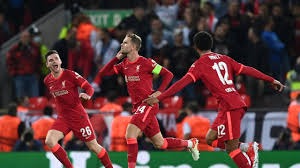 The midfielder who was dropped by the Three Lions coach for Euros is putting the handlers of the English team on red alert as he continues to churn out great performance every week thus far as Liverpool compete for titles on all fronts having gone trophyless last season.

Romelu Lukaku continues to justify his move to the blues in the summer as his goal separated the tie between Chelsea and Zenith Saint Petersburg. 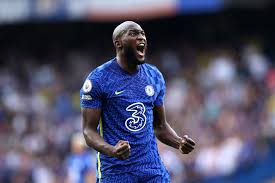 The Thomas Tuchel side remained disciplined at the back and gave a good enough performance that reassure their supporters that are in the hunt for a good defence of the title with Lukaku given them a good advantage in the attack.

Red Bull Salzburg paraded three Nigerian descents on Tuesday night but one stood out as the Nigerian born German won three penalty kicks on the night. 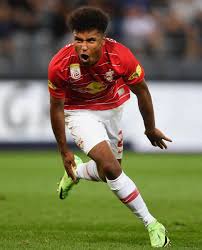 The 19-year-old shows why he is one of the most sought after teenager as tormented the yellow submarines all through the night.

Sebastien Haller becomes the second player to champions on his Champions League's debut, equalling the record of Marco Van Basten.

The Ivorian scored the first hat trick in this year's competition as he completed his first three goals in just 63 minutes and put in the 4th on the 79th minute to help Ajax destroyed Sthe porting club in Lisbon by 5-1. 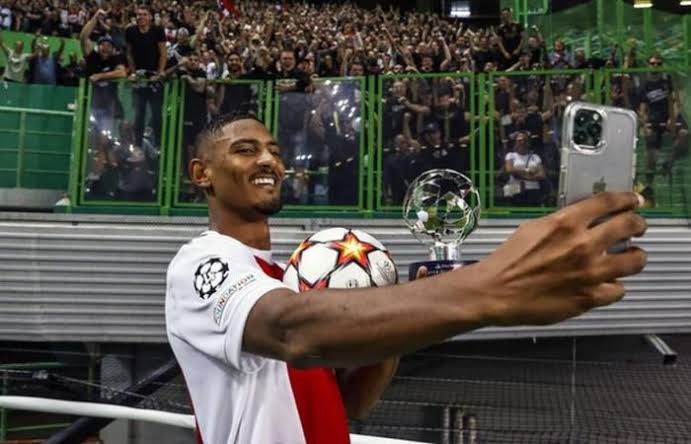 He carted away the matchday ball as well as the Man O The Match award while posing one of the o best individual performances of the matchday.

Christopher Nkuku came the second player to go away with the matchday ball courtesy of his three goals for RB Leipzig against Manchester City. 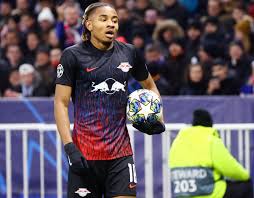 A consolation for the forward as he shot to into contention in the hotshot race.

Perhaps, Paris Saint Germain attacking trident Messi, Neymar, Mbappe is the most deadly in Europe on paper as the Paris club but they all fired blank as PSG could only a 1-1 draw with lowly rated Club Brugge of Belgium despite starting the Messi, Neymar and Kylian Mbappe in the attack against the club. 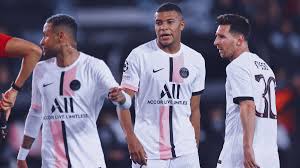 Though these players have nothing to prove but a lot is expected from them if PSG wants to add the UEFA Champions League to their cabinet this season.

The addition of Messi to the team puts more pressure on coach Pochettino as the search for the elusive trophy continues.

Ajax of Amsterdam played without the arm break when they meet Sporting Club of Portugal in the UEFA Champions League on Wednesday, the Dutch side scored the fastest goal of the round through Sebastian Haller's effort in the second minute of the encounter. 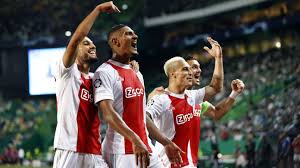 At the end minutes, the five-time champion of the competition has put five past the Lisbon based team to record one performances team performance of the round.

Here is a graphic display of all the matchday 1 results 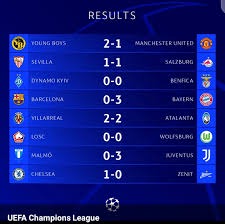 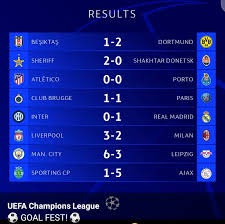