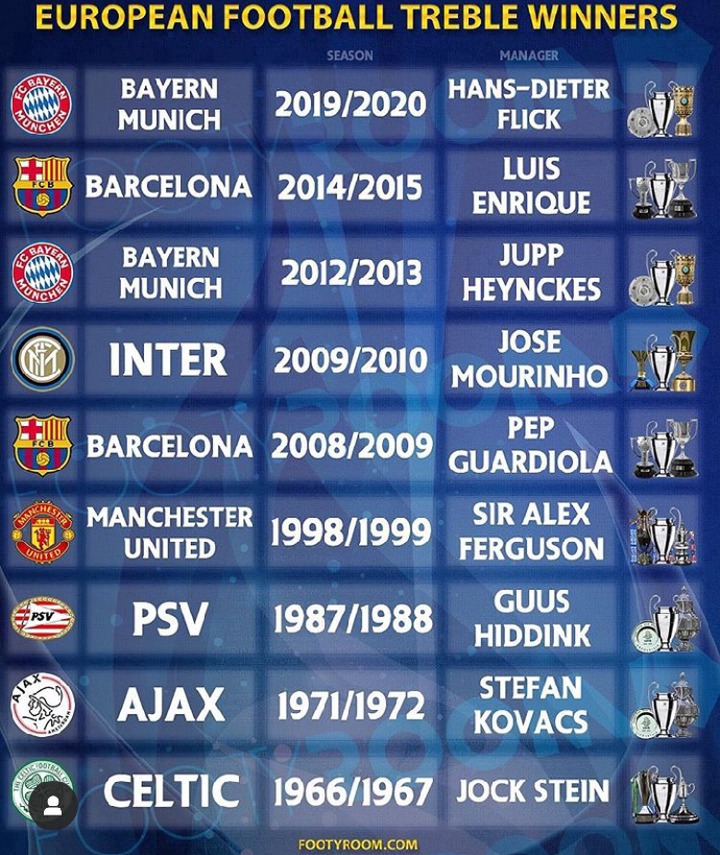 Not every European club have won a treble before. Top european clubs like Manchester city, Arsenal, Chelsea and tottenham have never won a football treble. Most of the clubs like Celetic, ajax and PSV who are outside the Europe's top five leagues won the treble over 30 years ago. In fact they won the treble even before any club from Europe's top five leagues began to win it.

Manchester united were the first Club in Europe's top five league to win the football treble in 1998/99 season. Barcelona and Bayern Munich are the only two clubs that Have won the treble twice. Bayern Munich won it last year and also won it in 2012/13 season. Barcelona won it twice under two different managers, which are Pep Guardiola and Ernesto Valverde. Inter Milan is another club in the Europe's top five leagues that have won the european treble. They won it under Jose mourinho in 2009/2010 season.