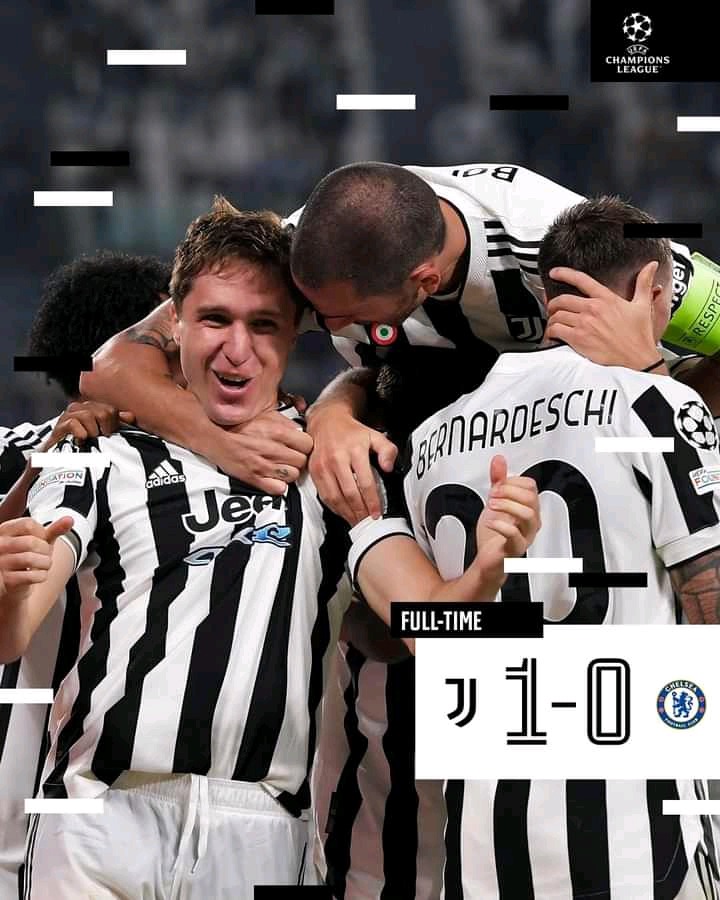 On Wednesday evening, Juventus grabbed their second set of three points with a 1-0 victory over defending champions Chelsea at the Allianz Stadium, thanks to Federico Chiesa's spectacular strike.

The Bianconeri were seeking to capitalize on their opening 3-0 win against Malmö by startling the defending Champions. The game got off to a fast start, with both teams moving the ball quickly. 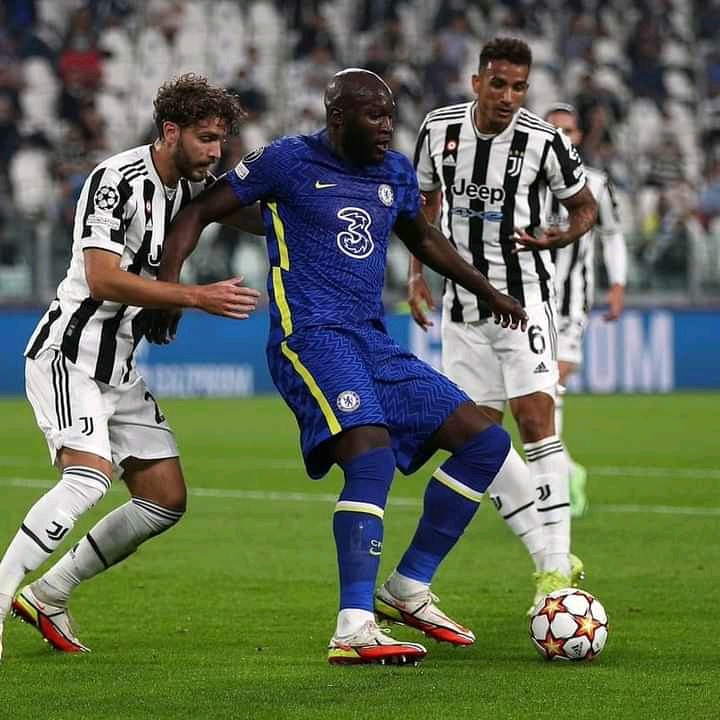 Rabiot had the first half-chance after wonderfully intercepting Chelsea's move and breaking away on the counter, but his final cross was too long and did not find a teammate. Chiesa's first genuine chance came in the 20th minute, when he intercepted a pass and raced upfield before unleashing an angled drive that skimmed past the back post. Chelsea's first dangerous play was subsequently brought to a halt as Bentancur won the ball back with a brilliantly timed sliding tackle on Havertz. 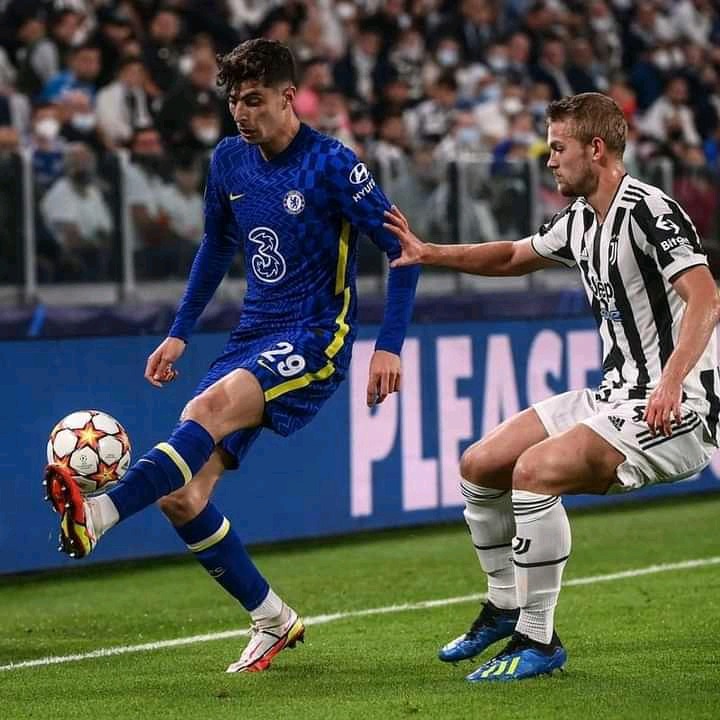 Juventus were doing the majority of the attacking, and with each passing minute, their confidence grew. The latter attempted to direct his shot on goal after a lovely exchange between Bernardeschi and Chiesa, but Chelsea's pressure caused the effort to sail wide. Rabiot was the next to make an impression, unleashing a rocket that nearly missed the target. Despite their late efforts, neither team scored in the first half. 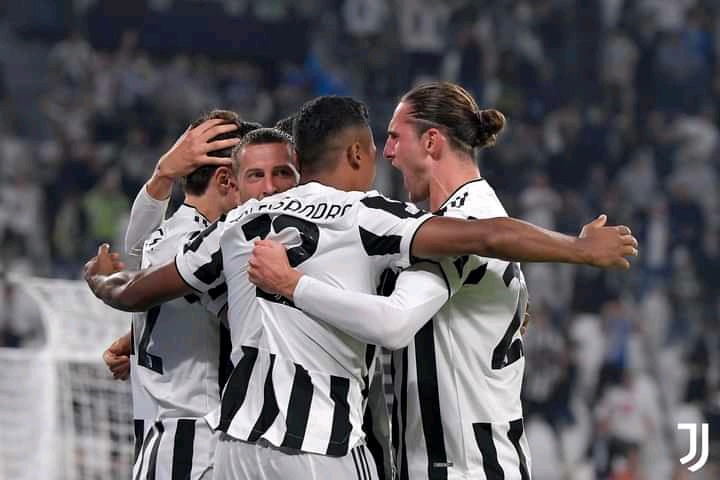 Into the second half and Thomas Tuchel's side barely had a chance to breathe before the Old Lady found themselves a goal up courtesy of Italian winger Chiesa: The Italy International got onto the end of Berna’s killer through ball and smashed it into the roof of the net. 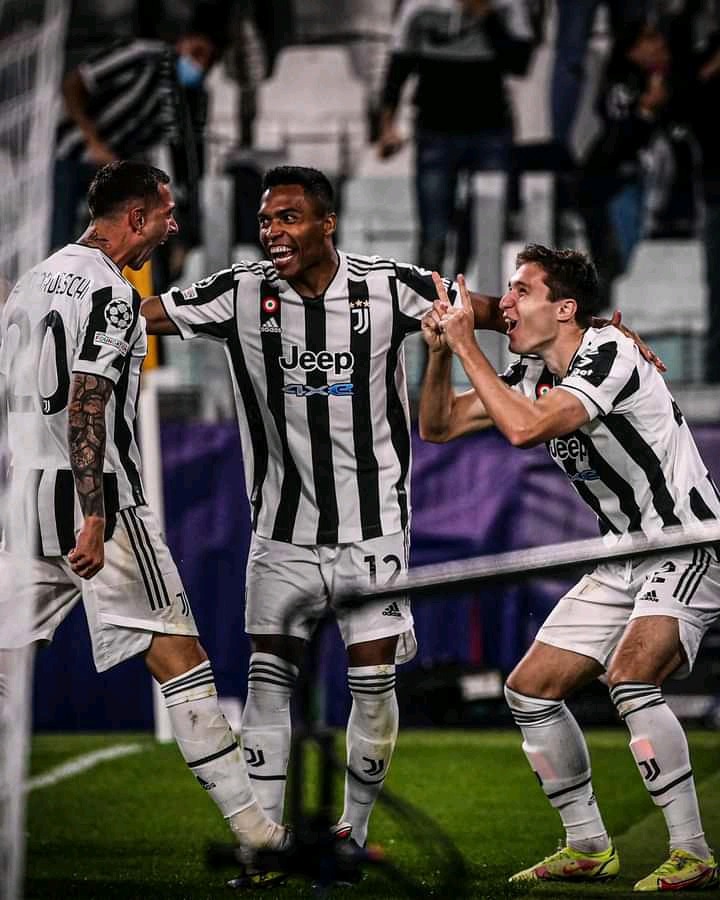 Federico Chiesa was named the man of the match after his impressive performance against Thomas Tuchel's Chelsea, the Italy International was involved in everything good for Juventus, he scored a the Game's winning goal.

Here is a picture of Federico Chiesa Below; 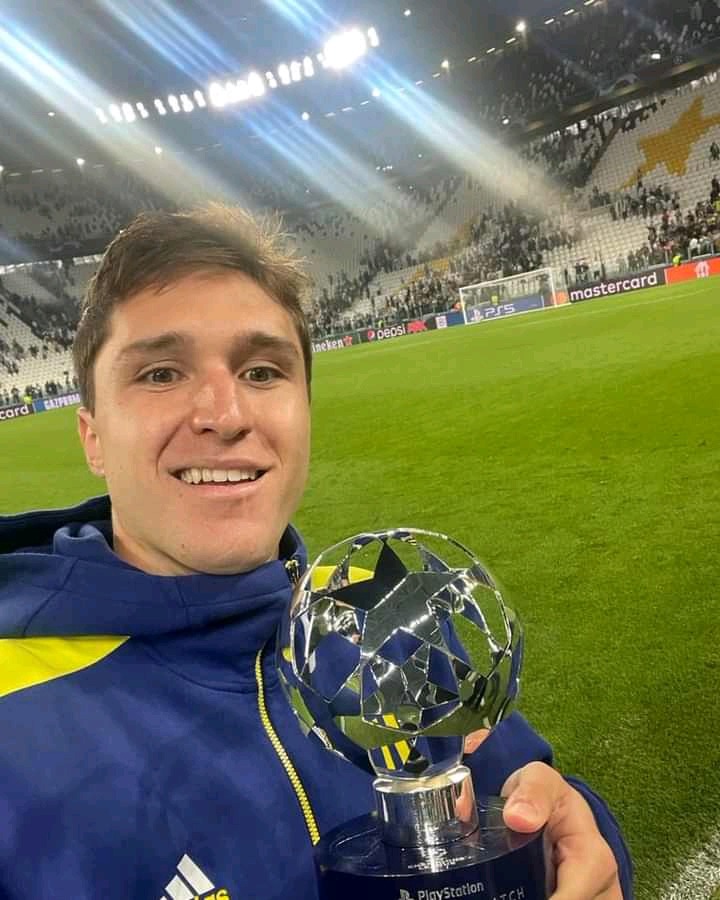