Can Rohr Prevent A Repeat of The 1981 Nightmare and Qualify Nigeria For The 2022 FIFA World Cup?

By FrancisAhabueJnr (self media writer) | 12 days ago

As Nigeria prepares to do battle with the Central African Republic in the return leg of the 2022 Qatar FIFA World Cup qualifier match in Douala, Cameroon, the Super Eagles of Nigeria coach, Gernot Rohr will do his best to try and avoid a repeat of Nigeria's 1981 qualifier game disaster ahead of the 1982 FIFA World Cup tournament. 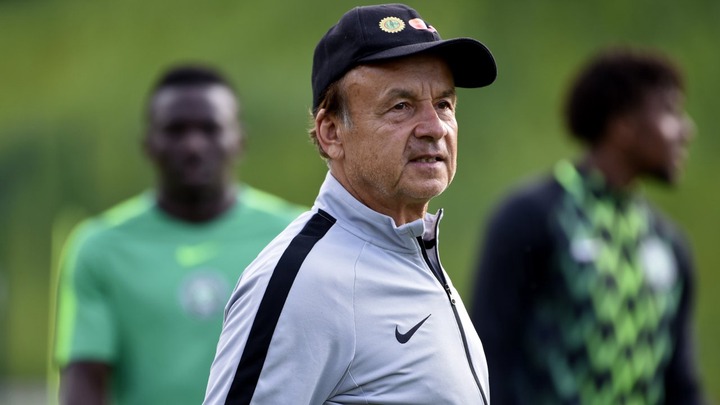 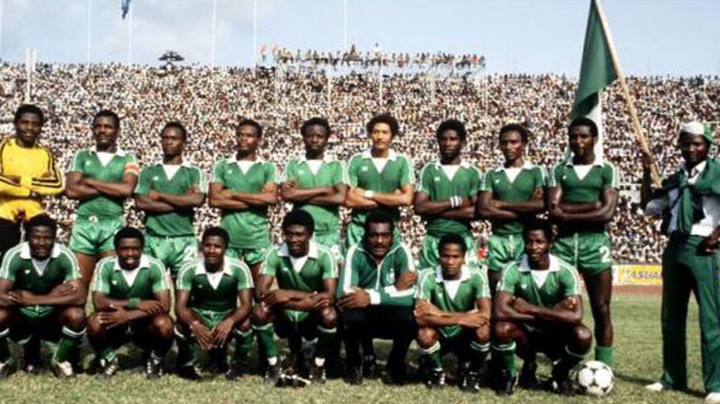 What Happened to Nigeria in The 1981 World Cup Qualifiers game?

The Last time Nigeria lost a home game in the FIFA World Cup qualifiers was in 1981, which is about 40 years ago, the previous year (1980), Nigeria had won the African Cup of Nations on home soil, and the team that won the 1980 AFCON was captained by Christian Chukwu who subsequently retired immediately after winning the AFCON tournament. 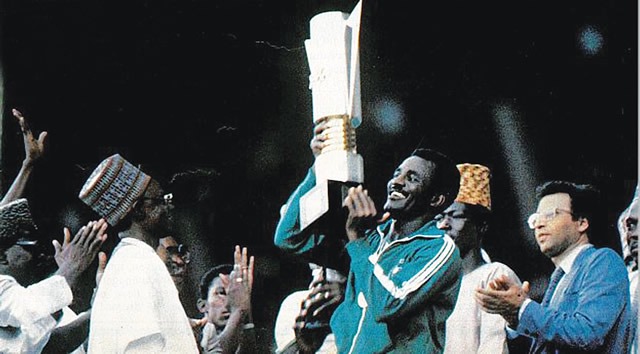 Christian Chukwu Lifting The African Cup of Nations Trophy in 1980

In 1981 Nigeria had scaled through stages 1 and 2 of the FIFA World Cup qualifiers effortlessly but had a third and final stage before securing one of Africa's qualifying slots to the 1982 FIFA World Cup tournament, so the Green Eagles were billed to face Algeria in their final qualifier game, which was a must-win game for Nigeria because it was a winner takes all match. 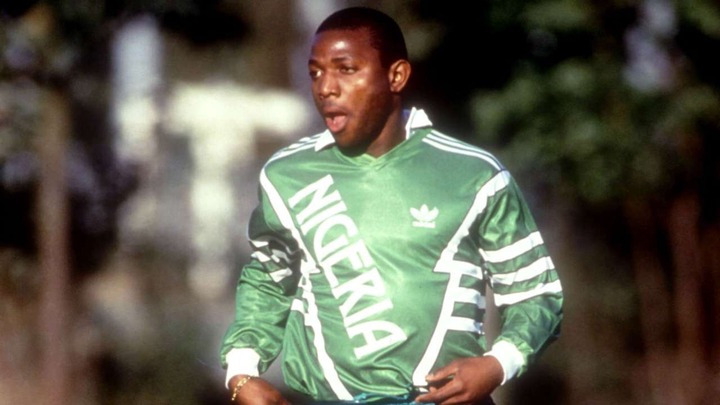 Before the all-important match the then Nigerian Football Association Chairman ( now known as the Nigerian Football Federation), Col. Mike Okwechime imposed the recall of former Green Eagles captain, Christian Chukwu on the coach, Otto Gloria, probably because he felt the player had retired too early and Nigeria was on the verge of qualifying for its first FIFA World Cup tournament, but the sentiment of the NFA Chairman towards Christian Chukwu turned out to be Nigeria's greatest undoing, in the first-leg against Algeria, a match rusty, Christian Chukwu replaced the in-form Stephen Keshi of blessed memory in the central defense of the Green Eagles team, this resulted to Nigeria losing the game at the National Stadium, Lagos 0-2 to Algeria, the two goals were caused by Christian Chukwu who could not keep up with the speed of Mustapha Rabah Madjer, Lakhdar Belloumi, and Salah Assad, the Algerian strikers were too quick for an aged Christian Chukwu. In the second leg, the Nigerian team could not salvage the ticket, they lost the match 2-1, it was a disaster, the AFCON Champions were knocked out of the 1982 FIFA World Cup qualification series. 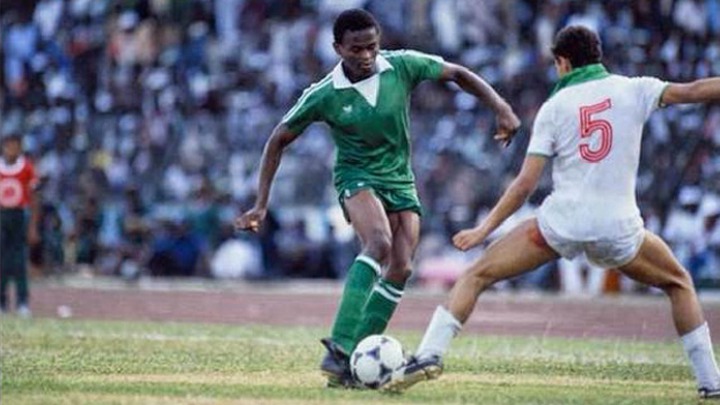 Can Rohr Stop A Repeat of The 1981 Nightmare and Qualify Nigeria For The 2022 FIFA World Cup?

Super Eagles coach, Gernot will be going into tomorrow's game against the Central African Republic knowing that he must win the game, although Nigeria still tops the group with 6 points despite the 0-1 loss to CAR, they are still at risk of crashing out if they don't win the return leg in Douala, on the other hand, a win for the Central African Republic or Cape Verde could see the Super Eagles of Nigeria drop as low as 3rd position in the group. 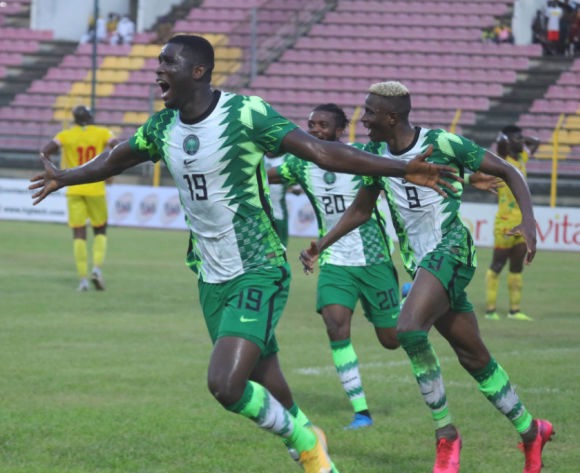 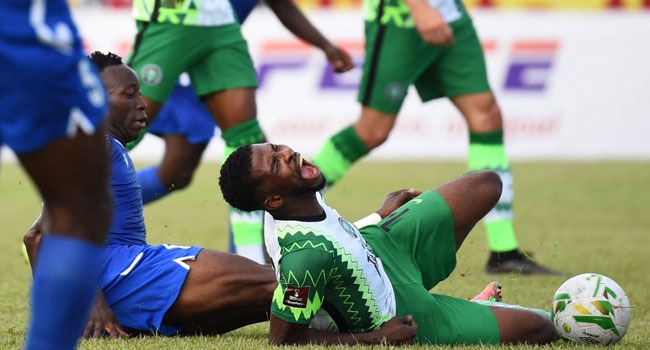 On a brighter note, Super Eagles coach, Gernot Rohr will have more options in attack as striker Paul Onuachu has recovered from his injury and has been declared fit by team doctors to feature in the 2nd leg match against the Central African Republic, Kelechi Iheanacho who was feared to have suffered a know in the first leg has also been declared fit to play, so Gernot Rohr will have no excuse to lose the game, Rohr will have to get his team selection and tactics right this time to come out victorious against the Central African Republic. 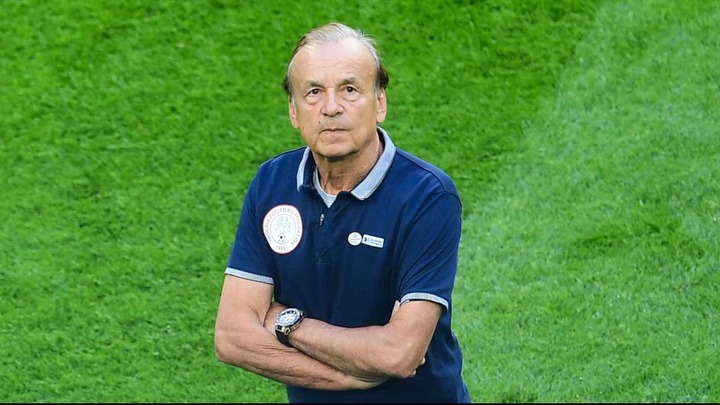 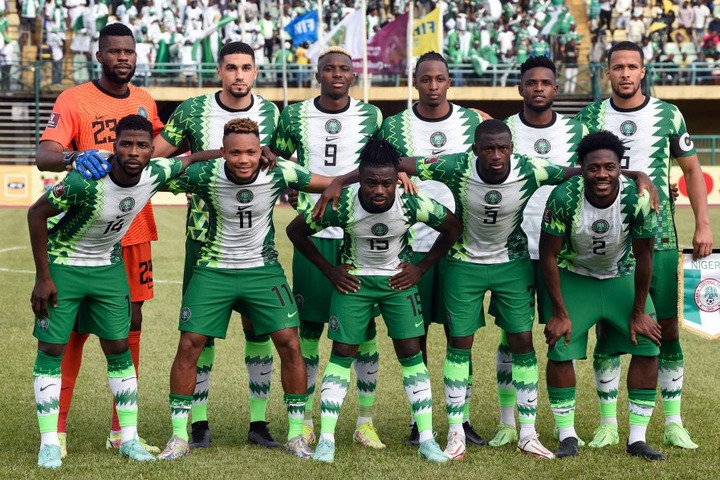 Even if the Super Eagles win this group, they will have to improve their playing pattern because they will have one more hurdle to cross to secure qualification, they will still have to play one of Africa's best 10 teams who would have also scaled through the second stage, any of those teams could be Egypt, Algeria, Tunisia, Morocco, Ivory Coast, Mali, Senegal, Cameroon, or Ghana, and trust me these teams will not hesitate to punish the Super Eagles at the slightest mistake they make. If Rohr fails to qualify Nigeria for the 2022 FIFA World Cup he may end up being sacked because it was included as part of the term of his current contract with the NFF. Do you think Rohr can qualify Nigeria for the 2022 FIFA World Cup in Qatar?