Arsenal's preperations for Saturday's FA Cup semi-final clash with Manchester City were surprisingly boosted after coming from behind to beat Premier League champions Liverpool 2-1 at the Emirates on Wednesday night.

Sadio Mane gave the away side an early lead but Arsenal fought back and benefitted from shoddy Liverpool defending to complete an unlikely turnaround before half-time.

Arsenal remarkably only mustered three attempts on goal all evening, compared to Liverpool's 24, of which the first two were as a result of errors by Jurgen Klopp's side and both ending in the back of net.

Here we run through the full player ratings from those on display at the Emirates on a surprising night for the Premier League champions. Emiliano Martinez (7.64): Let down by his defenders for Liverpool's opener but was equal to everything fired his way thereafter. Commanded his box well, catching any ball within reach, and ended up making eight saves. He registered the most touches of Arsenal players (56), which says it all

Rob Holding (6.92): Spent a lot of time, like all of Arsenal's defenders, watching the ball and having to following runners. But a lapse in communication between the Arsenal defenders allowed Sadio Mane to steal in for Liverpool's opener. Holding made six clearances and two tackles to help see out the win.

David Luiz (6.70): Was sat down and made to look silly by Mohamed Salah in the penalty area and bailed out by his goalkeeper. Luiz did, however, play his part in a generally well-organised defensive unit, making two tackles and six clearances.

Kieran Tierney (6.74): Asked to play as a third centre-back, Kieran Tierney did what he could in a tough game for Arsenal's defenders. Won a crucial foul on the stroke of full-time before Xherdan Shaqiri slammed into the net. Tierney made four tackles and interceptions combined and as many clearances.

Cedric Soares (6.50): Generally pegged back by Andrew Robertson, Cedric Soares had to defend more often than he would have liked. The pint-sized full-back remarkably won two aerial duels, as well as chipping in with three tackles and interceptions combined.

Lucas Torreira (6.20): Making his first start since January, Lucas Torreira certainly looked off the pace, doing more harm than good. Picked up a needless booking less than a minute into the second half and was then brought off not long after for his own good.

Granit Xhaka (7.65): Was in the right place at the right time more often than not and did well organising Arsenal's midfield to force Liverpool into crossing the ball as their way of trying to score. Xhaka eventually picked up a booking but made five tackles and interceptions combined and as many clearances to help see his side over the line.

Bukayo Saka (6.23): Like team-mate Soares, Bukayo Saka was forced back by another marauding Liverpool full-back. Saka didn't complete a single dribble or a key pass and managed just one interception. He put in a lot of effort without getting too much in return and was subbed off in the 84th-minute.

Reiss Nelson (7.28): Didn't do anything spectacular but worked hard and played a key role in Arsenal's comeback. Put pressure on Van Dijk to force the mistake and was then on the receiving end of Liverpool's second error, netting his first ever Premier League goal to give the home side the lead.

Alexandre Lacazette (8.33): Benefitted from a stray Virgil van Dijk stray pass to draw Arsenal level and then intercepted an equally stray Alisson pass-out to set up Reiss Nelson for their second. Came off before the hour, with Saturday's FA Cup semi-final in mind. The WhoScored Man of the Match

Nicolas Pepe (6.51): With Arsenal limited to just xx% possession, and scoring their two goals as a result of Liverpool errors, it's no surprise Nicolas Pepe had a quiet night. Arsenal's club-record signing still managed to complete two dribbles but was no in the positions to cause Liverpool any problems. 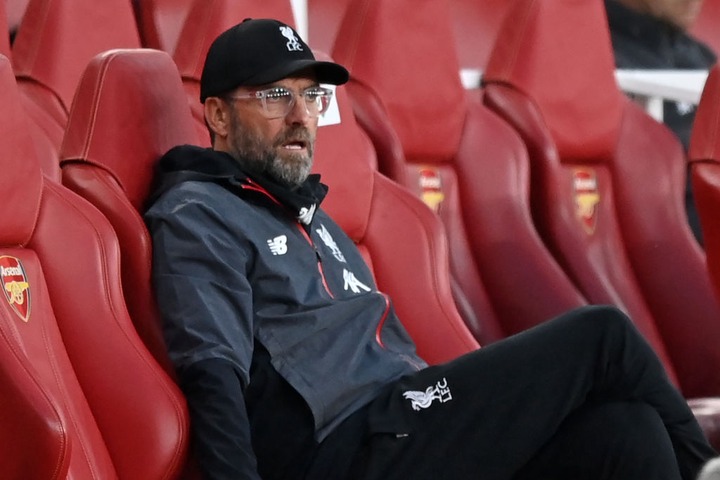 Alisson (4.84): Gifted Arsenal the winning goal with a loose pass picked up by Alexandre Lacazette and converted by Reiss Nelson. A poor first touch deep into the second half almost gave Arsenal the chance for a third.

Trent Alexander-Arnold (6.55): Grew into the game the more Arsenal dropped deeper but couldn't quite make the difference and add to his 12 Premier League assists for the season. The Liverpool right-back only found a team-mate with three of his 13 crosses and was booked for a dangerous tackle on Bukayo Saka.

Virgil van Dijk (5.72): Garnered his lowest ever WhoScored rating in a Premier League match after a poor back pass was latched onto by Alexandre Lacazette and converted. It marked his first error leading to an opposition goal in the Premier League since March 2019.

Joe Gomez (6.41): Was surprisingly let down by his centre-back partner at the Emirates. Gomez was composed in position and stepped in when required, barely putting a foot wrong but penalised by the fact Liverpool conceded twice. Made two tackles and one interception.

Andrew Robertson (7.84): Showed great tenacity in Liverpool's goal, winning a header in the build up before bombing forward and sliding a cross across for Sadio Mane to register his 10th assist of the Premier League campaign.

Alex Oxlade-Chamberlain (6.12): Didn't enjoy the happiest of returns to former club Arsenal, struggling to make any real impact in midfield. Had twos efforts, one from long range straight down the throat of Emiliano Martinez. Made two interceptions but didn't manage any dribbles or key passes. Fabinho (6.53): Kept things ticking in midfield after a sloppy start to the match. Just had to ensure Liverpool's attack remained prolonged, mopping up whenever Arsenal broke forward with four tackles and interceptions combined. Not a vintage display but had little defending to do.

Georginio Wijnaldum (6.53): Was typically efficient in possession, completing 95.7% of his attempted passes and also created four goalscoring chances. Was replaced with eight minutes of normal time.

Sadio Mane (8.14): Knew exactly what Andrew Robertson was going to do for Liverpool's opener and was in position to slot home for his 17th league goal of the campaign. Was easily Liverpool's biggest threat, managing six shots and registering four key passes. He also completed two dribbles and drew three fouls.

Roberto Firmino (6.36): Took up awkward positions early into the first half and was involved in the build up to Liverpool's opener but his impact on proceedings gradually waned. Didn't have an attempt on goal in 60 minutes on the pitch.

Mohamed Salah (6.21): Gradually improved after the break after a very quiet first half. Showed great footwork to carve open a chance, sitting down David Luiz in the process, but his scooped effort was tipped over. Wasted a pin-point Sadio Mane cross with a tame header into the welcome arms of Emiliano Martinez. Was brought off with 10 minutes to go